Competition (With China) IS The New Deterrence, US Military Leaders Say 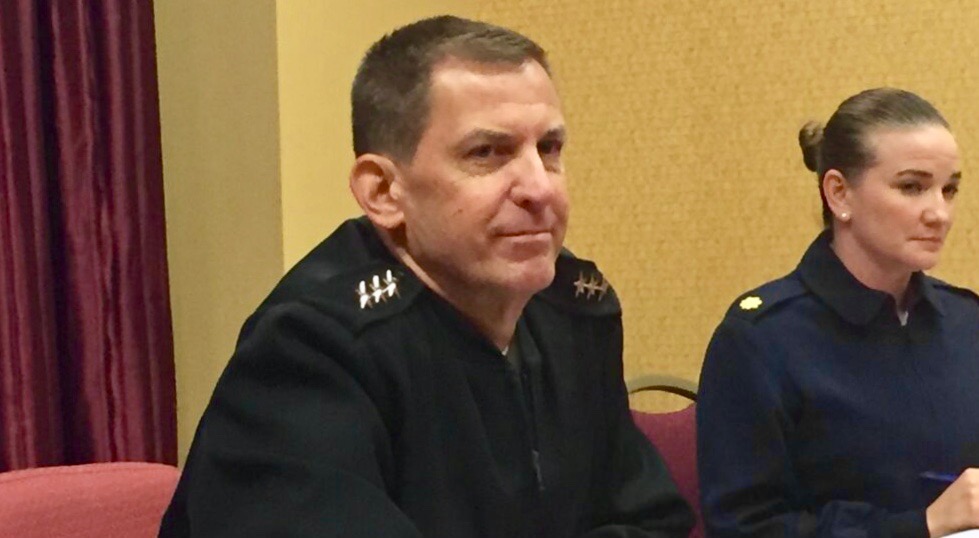 After years of focusing on the terrorism threat, Ray said the US has “not thought about what we would call an adversary’s theory of victory as deeply as we should. On the hard end, the worst end, it’s about being put on the horns of dilemma: where you are going to either walk away because you can’t compete or you’re going to stick your face in a woodchipper.” Obviously, he said, the US and the West do not wish to find themselves in that situation.

To avoid that, the US has to be ready and able to compete with its rivals in shaping the global strategic environment before conflict starts. “Your strategy has to address the strategy of your adversary,” he said, and in today’s world that includes thinking about how to compete in new military domains such as space and cyber, but also in the economic arena. “Do you have to win every event? I believe you don’t. You have to win the ones that count and you have to be honest about which ones count and which ones don’t,” he said.

On the other hand, Ray cautioned that the US has to avoid mirror imaging. “Not all our rivals have all the tools” to be able to understand how the US might respond to a situation, and what would escalate a crisis, he warned.

Indeed, Rear Adm. Michael Brooks, head of STRATCOM’s J2, the Intelligence staff, expressed concern that China (and Russia) have “intentions” in the space, cyber and electronic warfare domains that could in future potentially compromise US nuclear command and control — something that US nuclear experts of all political stripes agree raises the risks of unwanted crisis escalation. There have been a number of US reports — including the January report by the Defense Intelligence Agency on threats to US space forces — that suggest China (and perhaps even Russia) may be willing to attack US early warning satellites that play key roles in nuclear deterrence.

And, despite the focus on competition, there remains widespread concern among senior US military leaders about China’s nuclear posture.

“China has doubled its nuclear arsenal in the last decade, and is on track to double it again in the next decade,” said Brooks. “It’s a little bit concerning, the pace of change.”

“China has been on a clear trajectory whereby they’re increasing the numbers of nuclear weapons that they field, they’re increasing the number and diversity of the delivery systems; they’re working on fielding a triad,” Kriete said, adding that at the same time “increasing their nuclear weapons production capacity.” That build up, he said, is “directly tied” to the long range objectives of the leadership in Beijing that includes eventually exerting Chinese influence on a global scale.

According to Jonathan Ward, a regional expert at consulting firm Atlas Organization, those goals include “becoming the dominant empire in the region and the world” by 2049, the centennial anniversary of the Chinese Communist Party. Ward cautioned that the US cannot prevent China from “surpassing the United States as a global power” by military means alone; rather, he stressed, the competition is primarily now in the economic realm. This includes China’s ‘Made in China 2025’ strategy to ensure strong Chinese competitiveness in a number of key high-tech sectors, such as robotics and aerospace, that are now dominated by the US and others.

At the same time, Ray said that the US military cannot simply “spend our way out of this competition” with China. Rather, he said, the US must very carefully recalculate its international relationships and its responses. That includes understanding how you can keep an edge in geopolitics and economic competition that is sustainable, something that US political leaders “in Washington” especially have to focus on, Ray said. “You can try to set a pace in a race that you can’t keep, or you can pick the races in which you can set the pace at a rate where you can have a dominant hand.”