Continuing Resolution Fears? OCO’s Ugly But It Might Work 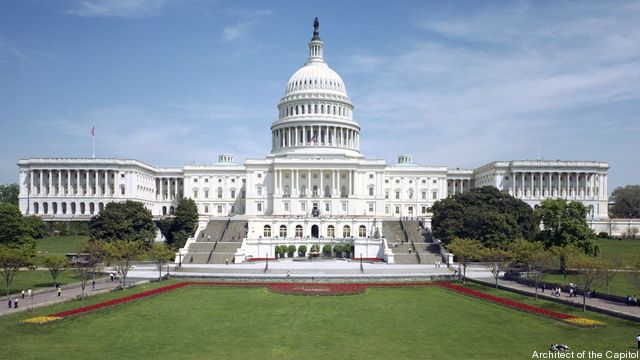 Two weeks from today America will either be a laughingstock or Congress will have done the responsible thing, the necessary thing, and passed some kind of useful spending bills. Or, as Mark Cancian, a former senior official at the Office of Management and Budget, suggests, there may be a sort of defense spending bandage to strap across the gaping fiscal wound congressional inaction would create. It could help our country’s military from falling deeper into an already worrying readiness hole. In these days of North Korean and Russian saber rattling, this really matters. Read on. The Editor.

Breaking Defense and other news outlets are full of dire warnings about Continuing Resolutions, government shutdowns and budget disasters. The current CR for fiscal 2017 runs out on April 28, and Congress needs to do something. The four service chiefs and other senior Defense Department officials have decried the effects of another resolution, particularly if there were an unprecedented full-year CR.

Don’t believe the hype. It’s the money, not the mechanism that’s the real issue here. The Pentagon could live with a full-year CR, but the lower level of funding would delay, or even thwart, the planned defense buildup.

Republicans in Congress probably regret that they are in this position at all. The fiscal year began last October with the usual short-term CR running until December. The Republican Congress, knowing that Donald Trump had been elected president, opted to institute another CR into the spring when Republicans would control both the Congress and the presidency. It sounded like a good idea at the time ― maybe defense could get a better deal from Trump than from Obama ― but now they’ve added a budget crisis to all of the other things going on at the beginning of the Trump administration — healthcare (or what remains of it), tax reform, Supreme Court confirmations, a crisis in Syria and investigations into Russian meddling in U.S. elections.

Adding to the complexity, the Republican Congress had negotiated a budget deal for fiscal 2017 with the Obama administration ($524 billion for DoD, with $5 billion extra in the war funding) and could have just appropriated to that level. However, that was $23 billion below what the Obama administration had originally projected and far below what defense hawks wanted. Sen. John McCain and Rep. Mac Thornberry, chairs of the Armed Services Committees, had tried adding $18 billion through a complicated mechanism in the war funding (OCO), but that maneuver failed. Then, in January McCain laid out his ideas in a detailed monograph (known as the McCain White Paper), proposing a broad program of modernization, readiness improvements and force expansion that would require a DoD budget of about $608 billion in fiscal 2018 (rising to $713 billion by 2022).

But looming in the background is the Budget Control Act and “sequestration”. If Congress cannot reach agreement on a budget, both the domestic and the defense budgets will be reduced to the BCA cap levels. To break the caps requires 60 votes in the Senate, so the Republicans will need to get at least eight Democrats to support them. (And almost everything the GOP has done since Trump’s election has made the Democrats even less likely to support them.)

However, the Democrats, like the Obama administration earlier, have demanded that domestic programs be increased dollar-for-dollar with defense programs.The last two budget deals have essentially kept to that concept. The Trump administration proposed to add $30 billion to defense ($25 billion to the base, plus $5 billion for additional war requirements), but uber-deficit hawk Michael Mulvaney, the new director of the White House’s Office of Management and Budget (OMB), required that half the defense increase be paid for by offsets to domestic programs. The result is a standoff: deficit hawks vs. defense hawks vs. most Democrats and the BCA hanging over all.

The easiest solution would be for the Republicans to accept the deal they made with the Obama administration, which would entail rejecting the Trump administration’s proposed increases. Appropriators appear to be headed in that direction (with the additional $5 billion for war funding included to pay for increased operations in Syria and Iraq). It is the path of least resistance and it avoids a government shutdown. While this approach is acceptable to Democrats, it may not be acceptable to defense hawks, deficit hawks, or the administration.

If there is a stalemate, then Congress may turn in desperation to a full year CR. That would leave defense and domestic spending at about the same level that they would have been under the budget agreement. It would also be unprecedented for defense,

The service chiefs have been emphatic about the ill effects of a full-year CR. Critical training will stop, readiness will drop, acquisition programs will be delayed, and the services will break faith with the troops. The service chiefs are right that, if a full-year CR is implemented unthinkingly, there would have severe problems. However, the Congress is not stupid. We’ve gotten close enough to a full year CR in previous budget cycles that there had been discussion among budgeteers and appropriators about how to handle just such a contingency. Congress would almost certainly provide relief in the three key areas where DoD needs it most: reprogramming, production rate changes and new starts.

Under a CR, agencies can only spend at the previous year’s rate in each appropriation. That means that a lot of money will be in the wrong places — in fiscal 2017 Defense Department personnel and operations accounts will be underfunded — hence the cataclysmic forecasts coming from the service chiefs. But the Pentagon can move money from one account to another — known as reprogramming — and thus put the money where it needs to be. It did this when sequestration hit in 2013. However, there’s a limit to the total amount of reprogramming. General Transfer Authority, as it’s known, amounts to about $5 billion a year. In a full-year CR Congress could increase this amount to, say, $10 billion or allow DoD to have one giant reprogramming that doesn’t count against the limit. In this way money could get to the right accounts.

The real problem everyone faces is the total amount of money. A CR would allow the department $522 billion, slightly below the budget agreement of $524 billion. There is broad, bipartisan agreement that if the department is to meet the five major challenges – Russia, China, Iran, North Korea and global terrorism – then it needs more money to for readiness, to modernize equipment and to expand the force. Holding to the fiscal 2017 budget agreement won’t achieve those goals.

Failure to add money to fiscal 2017 would imperil the whole concept of a defense buildup. The CR, or the budget deal level, extended into the future, won’t even sustain the Obama force levels. It certainly won’t sustain the higher force levels in the 2017 NDAA. The far higher force structure levels that a Trump administration has talked about (350 Navy ships, an Army of perhaps 500,000 active-duty soldiers, additional aircraft for the Air Force, additional end strength for the Marines) would be an hallucination. So there’s a lot at stake. But everyone―Congress, DoD and the White House―needs to focus on the real problem — the money — and not be distracted by fears of the mechanism.

So how to get more money for defense in a stalemated political environment? Learn to love OCO, as the money for war funding and other defense “emergencies” is known. It has been the grease that smooths the mechanism of defense budgeting and allows agreements among the warring political factions. Defense hawks could probably push another $10 billion or so into OCO to ease the likely defense budget shortfalls. It’s ugly, it’s contrary to good budgeting practices but it might work.