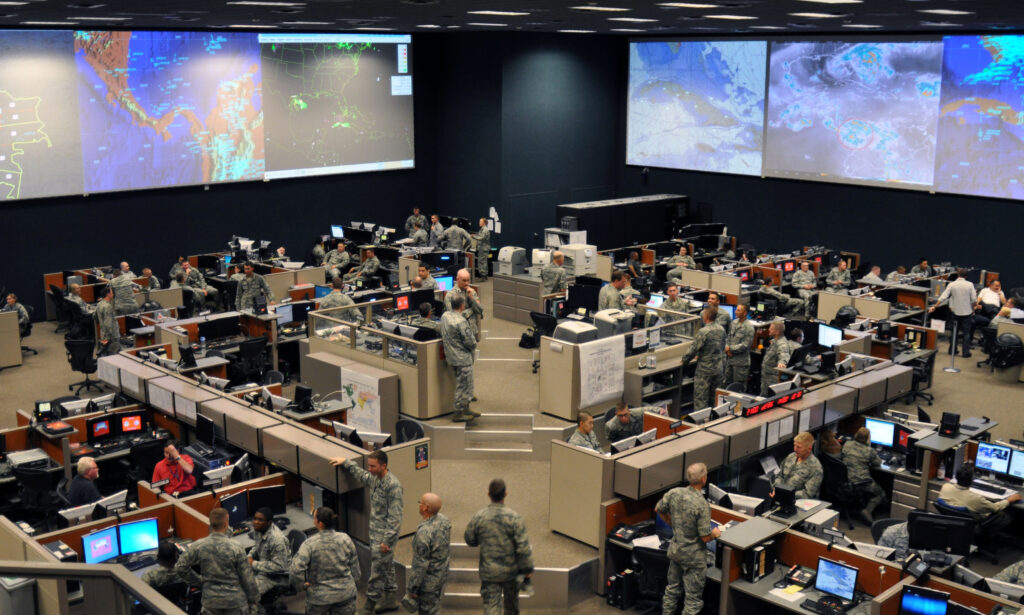 AUSA: After a generation of centralized control and absolute air superiority, the US Air Force needs to decentralize to handle high-tech adversaries, the head of Air Combat Command said Wednesday. Top-down direction won’t always work against enemies who can hack or jam our communications networks, Gen. Mike Holmes said. That means we need to devolve some planning and command functions to lower-level headquarters, he said, and to reemphasize initiative and independence by junior officers. 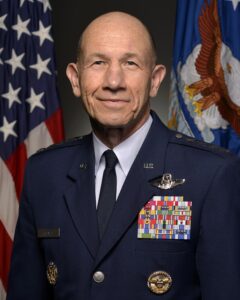 Incidentally, this distributed command and control would make the Air Force work a little more like the Army, which relies on an elaborate nested hierarchy of devolved authorities (corps, division, brigade, battalion, company, platoon, squad, fire team). It was an Army audience that Holmes was addressing at the Association of the US Army conference. And it’s Army Gen. David Perkins‘ Training & Doctrine Command that Holmes and ACC are working with closely on new concepts for future multi-domain operations.

Holmes isn’t the only Air Force leader to talk about decentralization, but as the four-star overseer over all fighter aircraft, he’s a prominent one. It’s hard for a lay audience to appreciate how big a deal it is for the service to reconsider its old axiom that all airpower must come under “centralized control by an airman,” or the related concept of “centralized control, decentralized execution.”

For almost a century, airpower theorists from Douhet and Mitchell onwards have emphasized that aircraft can fly over physical obstacles and enemy forces that block ground forces, so they need to be commanded, controlled, and organized in very different ways. Rather than subordinate air forces to ground commanders and parcel out aircraft to various ground units, airpower should be concentrated in a single striking force that can strike anywhere in the war zone as need. This is the fundamental reason for having an independent Air Force in the first place. 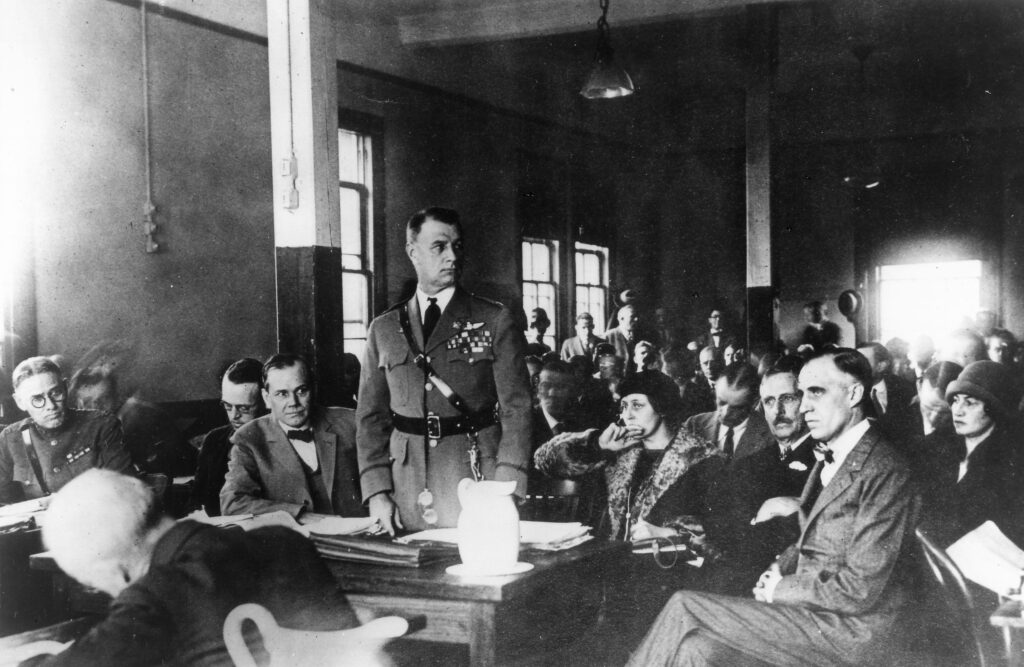 Court-martial of Army Air Service Brig. Gen. Billy Mitchell, who sought greater independence for what would become the Air Force.

Since 1991, this concept has been institutionalized in Combined Air Operations Centers (CAOCs) which plan, direct, and oversee all air missions across an entire theater of war. It’s a central HQ that fits every flight into a massive Air Tasking Order (ATO) and that can issue orders directly to individual planes and pilots, without going through intervening echelons of command as the Army does.

But this centralized approach presumes that radar can track, and radio can reach, all friendly aircraft in the theater. If an advanced adversary like Russia or China hacks and jams our systems, the Air Operations Center may lose track of where planes are and may lose contact with pilots – who’ll be on their own.

That’s why “the Air Force will have to look at that one echelon construct,” Holmes told the AUSA audience. Rather than centralize everything in the Air Operations Center, he said, “we will have to distribute some planning down to lower echelons.” One method might be to rely more on Joint Air Ground Integration Centers (JAGICs) of airmen and soldiers working together in Army units, Holmes said, something currently being experimented with in the 10th Mountain Division. 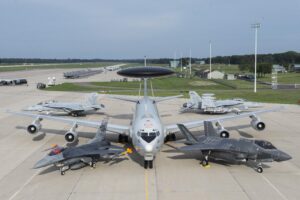 Some of the solution is new equipment that’s harder to hack or jam, but the bigger issues are training and culture. “There’s a hardware part of it that we’ll work, but there’s also a people part of it: empowering people to use their knowledge and their skills and their experience to make the best decisions they can,” Holmes told me after the ACC panel. “We’ve got to return some of that decision-making authority to our young leaders in this contested environment.”

“We’ve taught them over the last 15 years to wait and let us tell ’em what to do, because it wasn’t a contested environment” – the Taliban and Iraqi insurgents couldn’t disrupt communications – “and we had that option,” Holmes said. “Now we’ve got to empower them again to go out and make decisions using the best information they have on site and on the scene, and based on what they know their commanders want them to accomplish, and not depend on somebody in an AOC being able to reach out and tell them what to do.”

Even when communications break down, he said, “there’s a lot you can do by commander’s intent, by sharing a view of the battlefield and what we want to try to accomplish, and by trusting our young leaders on the ground and in the air to go out and deal with situations they face and make good decisions.”

This idea of “commander’s intent” boils down to telling your subordinates not only what to do, but why, based on a shared understanding of the big picture. The idea is that, when your subordinates inevitably run into something you didn’t plan for, they can adapt on the fly – without either waiting for new orders or doing something counterproductive for the larger mission.

Commander’s intent, incidentally, is also central to the Army’s philosophy of leadership, called mission command. As the Air Force and Army, led by Holmes and Perkins, work increasingly closely on Multi-Domain Battle, it’s intriguing to see how some of their thinking is starting to converge.

The original version of this article incorrectly stated that, as commander of Air Combat Command, Gen. Holmes oversees bomber aircraft. In fact, all bombers transferred to Global Strike Command no later than 2015.