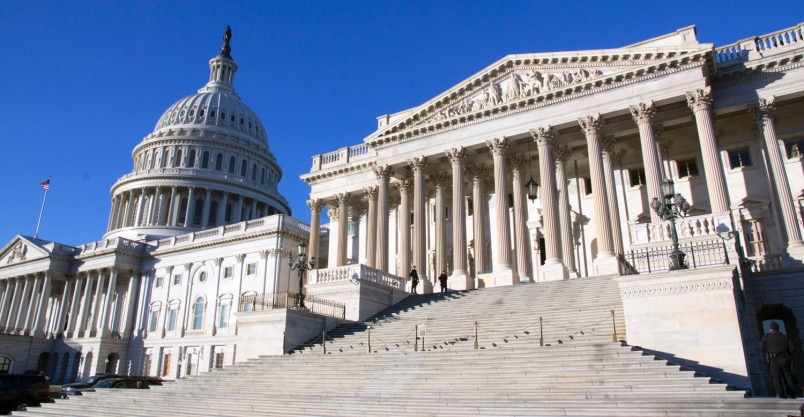 WASHINGTON: This week, two key committees rejected President Trump’s attempt to bypass budget caps on defense. That set up the latest round of fiscal fighting to amend the Budget Control Act and avoid the automatic cuts called sequestration. In that clash, a leading budget expert told us, defense hawks will clobber deficit hawks, and Trump will go along. 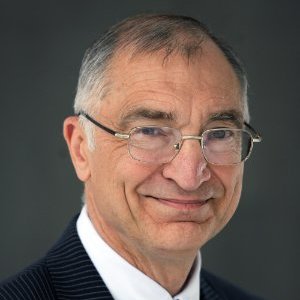 Trump’s 2020 budget request asked to move almost $100 billion out of the regular or “base” defense budget — which is capped — into the account funding urgent Overseas Contingency Operations — which is not. But both the GOP-led Senate Armed Services Committee and the Democrat-led House Appropriations Committee moved all or most (respectively) of this “OCO for Base” money back into the regular Pentagon budget.

That raises defense spending above the caps, setting the Pentagon budget on a collision course with the repeatedly amended Budget Control Act. CSIS scholar Mark Cancian predicts the BCA will once again give way.

As in past years, he told me, the outline of the deal is clear. Republicans will push to lift the cap on defense spending, Democrats will insist on a comparable plus-up for domestic programs, and a compromise will increase both. “I’m pretty confident they will make a deal to increase both because that has been the pattern of the last eight years or so,” Cancian said.

Reports of a potential budget caps deal are alarming. If true, President Trump should insist on transparent negotiations that keep overall spending at the topline established by the Budget Control Act. https://t.co/EqbaSlwdFf

Raising both defense and domestic spending means that everybody’s happy — except deficit hawks like Tea Party congressman turned White House budget director Mick Mulvaney. But that faction has been losing political steam ever since its apogee in 2013, when the Budget Control Act’s sequester mechanism went into action for the first and only time, automatically cutting excess spending down to the capped level. The disruption to the federal government — including life-and-death activities like military training — was so painful that three successive Congresses and two presidents have repeatedly agreed to deals raising the caps so sequester would never happen again. 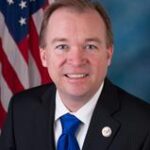 This week, Heritage Action — the political action committee arm of the conservative Heritage Foundation — was quick to denounce the direction Congress was heading as “the worst of Washington where insiders work with a few congressional leaders to craft a deal behind closed doors which will undoubtedly further bankrupt America.” And Heritage isn’t the only group of Republicans who see a budget deal as a result of Democrats holding much-needed defense spending “hostage” until weak-willed GOP leaders agree to increase domestic spending as well. 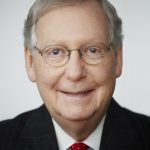 But the dynamic’s not that simple, Cancian told me. “It is not just the Democrats,” he wrote in a series of articulate emails. “The Republicans in Congress, particularly McConnell and the Senate Republicans, want to make a deal to show that they can govern. For the last several years that deal has entailed allowing more domestic spending in order to maintain robust defense spending. This is, of course, at the expense of the deficit. Trump has grumbled but gone along with this kind of deal in the past and will likely go along with it this year also.”

Even since the GOP took back the Senate in 2014 and made Sen. Mitch McConnell the Majority leader, “he has been sensitive to the accusation that the Republicans are obstructionists and therefore cannot be allowed to govern,” Cancian said. Conversely, “the deficit hawk wing of the Republican Party has always been weak in the Senate and is now particularly weak since the Republicans have lost control of the house and Trump does not put a high priority on deficit reduction.” 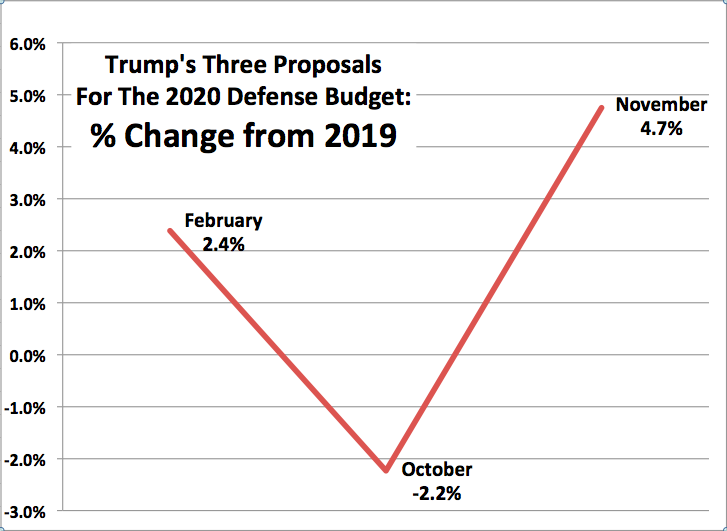 Now, we can’t say Trump didn’t try to rein in spending. In fact, Mulvaney, director of the Office of Management & Budget, briefly convinced the president to cut his 2020 defense request from $733 billion to $700. But after an eruption of criticism from Republicans, Trump quickly pendulum-swing the other way, increasing the request to $750 billion, even as he undermined his own position by calling the $750B figure “a negotiating tactic.”

$750 billion was almost $100 billion over the Budget Control Act cap for defense. So, to bypass the cap, the president’s final 2020 budget request moved the excess money out of the base budget, which is meant to cover normal defense needs and is subject to the cap, to the Overseas Contingency Operations fund, which is theoretically meant to cover war-related spending only and is therefore exempt from the cap. 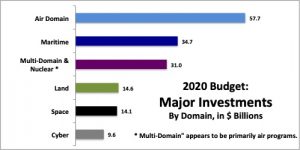 There’s no uncapped fund comparable to OCO on the domestic side, however, and any Democratic attempt to create one or amend the BCA to raise the cap would have been hard-pressed to overcome a presidential veto. That meant Republicans could have their desired defense budget without compromising with Democrats to increase domestic spending.

“The $98 billion ‘OCO for base’ never had anything to do with defense: It was always about cutting domestic,” Cancian told me. “If the budget had been passed as the president requested, domestic would have been cut $50 billion. The administration — really, Mulvaney — had tried other mechanisms to cut domestic spending in past budgets, but these it failed, so this represented a new approach. However, it will also fail.”

The first defeats came this week. The House Appropriations Committee, controlled by Democrats, voted on Tuesday to cut Trump’s proposed OCO fund by $96.2 billion and increase the base budget by $88.2 billion, a net $8 billion decrease to the total defense budget. The Senate Armed Services Committee, controlled by Republicans, announced yesterday they would move $97.9 billion from OCO to the base budget, keeping total spending the same. Overall, the House appropriators voted for a $733 billion defense budget — Trump’s original proposal for 2020 — while the Senate authorizers voted for $750 B — Trump’s final proposal.

The two positions are hardly identical. But the rejection of the Trump’s big OCO-for-base bid unites lawmakers across deep traditional lines of Republican vs. Democrat, Senate vs. House, and authorizers vs. appropriators.

Now, there are two committees yet to hear from: House Armed Services (authorizers) and Senate Appropriations. “I expect the House authorizers will put the $98 billion back into the base since they reject the whole budget strategy,” Cancian told me. “The Senate appropriators might also do that if that’s what the budget deal entails. Conceivably, they could go along with the president’s strategy, but I doubt if they will fight very hard for it.” 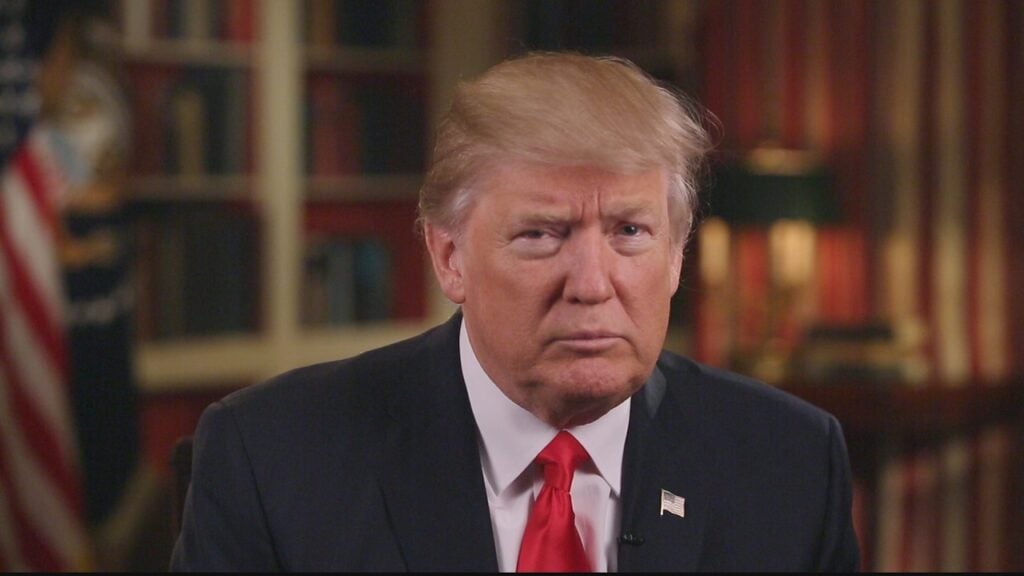 Deal Or No Deal?

Not all budget experts are as sanguine as Cancian about the prospects for a deal. “We retain 55% odds of a $740 Defense topline as part of a two-year budget deal,” wrote Capital Alpha analyst Byron Callan in his newsletter for clients.

But, Callan went on, there’s a 45 percent chance the deal would break down a way that would be disastrous for defense. “[There’s] 30% odds that Defense is funded under a full-year CR,” he said: That means a stopgap Continuing Resolution that sets spending on autopilot at last year’s levels, with virtually no provision to start new programs, cancel old ones, or make other changes. The third option, according to Callan? “15% odds that sequestration stands and automatic cuts occur in mid- January 2020” for the first time since 2013.

“There may be more theatrics in 2019 over Mexico border wall funding, but we believe it will be in the interest of both parties and Trump to get a budget deal done before the 2020 election year and in order to leave a messy FY21 budget process off the table in 2020,” Callan concluded. ” However, that deal still may not be done until late 2019/early 2020, with FY20 initially funded under a CR.”

Cancian was more confident of a deal, he told me, though there might be the kind of short-term Continuing Resolution we’ve seen most of the last 10 years. “Odds of any CR we’ll know soon. If there’s a budget deal, the odds go down. If the negotiations blow up, odds go up.”

There’s” virtually no chance of a full-year CR,” he said (emphasis ours). “There has never been one for defense. If there were one, it would constitute a 2% cut in real dollars from FY 2019. Executability would depend on the technical structure: with enough anomalies and transfer authority, a full year CR functions like an appropriations bill.”

(That said, anomalies and transfers are highly technical legislative processes that would have to be done case-by-case for each program and activity that couldn’t just continue at 2019 levels, making them an awkward and laborious fix at best).

The road to a deal isn’t completely smooth, Cancian acknowledged. “Two stumbling blocks are the Democratic left, which might balk at the high level of defense spending, and the White House, which might decide to take a hard line on the budget,” he said. “Then there would be the possibility of a shutdown or prolonged CR.”

But Cancian doubts either will happen. “”So far, the Democrats in the house have been more willing to accept defense spending than I had expected,” he said, “and the White House, having been burned on the last government shutdown, will likely accept a deal in the end.”