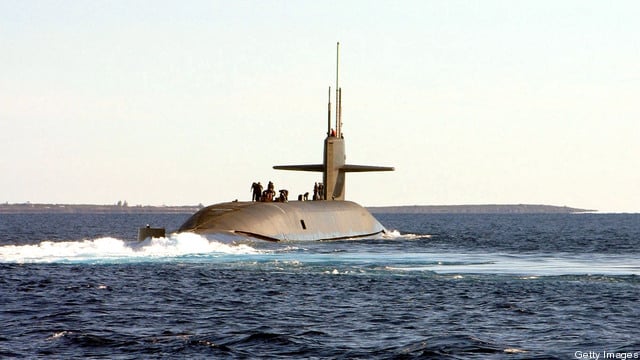 CAPITOL HILL: The Navy’s already acknowledged that building the next nuclear missile submarine will bust its shipbuilding budget. Now, the Pentagon’s top weapons buyer has admitted that the Ohio Replacement Program could be a bill too far for the entire nuclear weapons enterprise across the Departments of Defense and Energy — even if Congress repeals the automatic spending cuts known as sequestration.

“The funding that we have requested for both departments through the five-year plan [for 2016 through 2021] is adequate,” Undersecretary Frank Kendall told the Senate Armed Services subcommittee on strategic forces yesterday. But until 2021, when the first Ohio replacement enters construction, the Defense and Energy departments are mainly paying for research, design, and development efforts. Come 2021, said Kendall, “as we start to actually produce the systems I’m talking about, we’re going to start to have an affordability problem.” 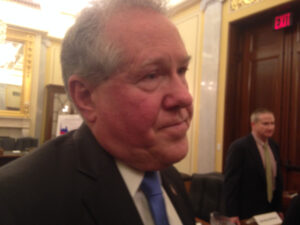 “It’s…. about a $10 billion a year problem for the decade of the twenties,” Kendall told reporters after the SASC hearing.

The new nuke sub isn’t the only nuclear deterrence bill coming due in the 2020s. The entire triad is aging and needs replacement. The Air Force is building a new Long-Range Strike Bomber under a deep shroud of secrecy — but that plane’s main missions will be conventional warfare, just like the current B-52, B-1 and B-2. The Air Force also needs to replace its aging land-based Intercontinental Ballistic Missile, the Minuteman III, and its 30-plus-year-old Air-Launched Cruise Missile, the ALCM.

“They all kind of come along at the same time, that’s the problem we’ve got,” Kendall told reporters.

But the Ohio Replacement Program is the first to move from affordable design work to costly construction. “That’s procurement [funding]” as opposed to R&D, Kendall told us. “That’s the biggest driver of all this.”

“We really have to start the construction of the Ohio replacement that year (2021) in order to have it reach IOC (Initial Operational Capability] in order to start replacing the Ohios as they come out,” Kendall said. On paper, he added, you could start building the first boat in ’21 but spread the payments out over several budget years — an increasingly popular budget gimmick known as incremental funding. But then the installment plan payments for the first sub would start overlapping with the payments for the second sub, the third, and so on. “As you buy the boats, one after the other, that just piles up pretty soon,” said Kendall, “so it’s only a very temporary reprieve.”

Another attractive budget gimmick is the National Sea-based Deterrence Fund, created by Congress last year to pay for the subs outside the regular Navy budget. Congress hasn’t actually found any money to put in the fund yet, however — and that money has to come from somewhere. “At the end of the day the Defense Department somehow or other has to afford that, on top of all the other things that it needs to do,” Kendall said. So there’s no free lunch.”

So if the fund won’t fix it, what will? “We don’t have an obvious solution right now to that problem,” Kendall said. “Deputy Secretary [Bob] Work has a team that I’m co-leading, looking at that, looking at options, and we’re going to be talking about that as we build the FY ’17 budget.”

Remember that all the budget plans Kendall’s talking about are the administration’s requests, which ask for much more money than permitted under the 2011 Budget Control Act (aka sequester). As Kendall himself said earlier this week, “I am afraid this is all a fantasy, that what we’re going to end up with is nowhere near what we requested.”

The Budget Control Act is currently law, but of course laws once passed can be amended or repealed. The funding limits, Kendall noted, are self-imposed. “What’s affordable depends on what we’re provided by the Congress,” he said. “I don’t think it’s [unaffordable] in the sense that the United States of America can’t afford it. It’s a choice. We can afford it if we choose to.”

If sequestration does hit, Kendall made clear over and over again that the Pentagon’s top priority will be to fund the nuclear deterrent force. “It’s the most important mission, so we will do our best to protect it,” Kendall said.

But, he went on, “we’re going to be doing a lot of things we regard as unacceptable under sequestration. So there’s no free lunch in there anywhere, there’re no easy, good choices left. We’re already at a point with the current level of the budget that we’re out of easy, good choices, things that we can take that are relatively painless. It all gets painful.”