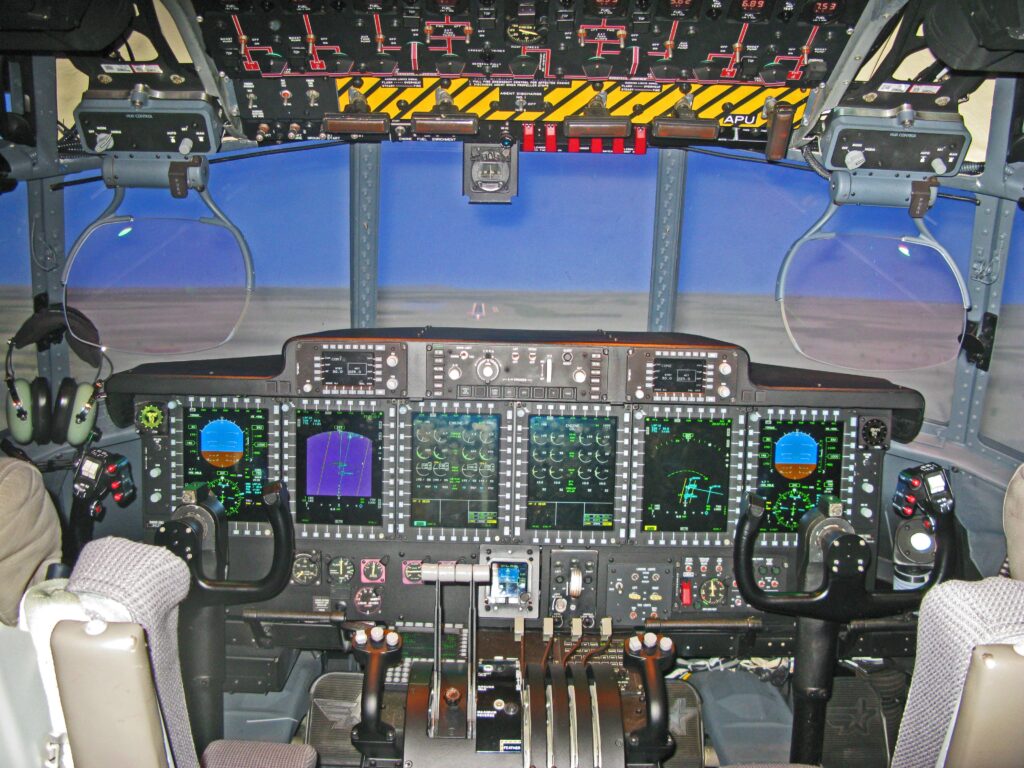 CAPITOL HILL: The law is the law. But the law must be written and it must then be interpreted in practice. Ay, there’s the rub.

Add the National Guard, local politics, aging C-130s, and a wobbly defense budget in which hard choices must be made, and you’ve got a potent mix.

Holmes told the subcommittee he was “most concerned” about the C-130 fleet of all the Air Force’s airborne power projection platforms.

Bridenstine used the old prosecutor’s trick of asking an extended series of questions to which he already knew the answers, leading each off with something like “isn’t it true that….”

Here’s what being debated. The older C-130H aircraft flown by the National Guard don’t meet modern standards set by the Federal Aviation Administration, so something called the Avionics Modernization Program (AMP) was created to bring them up to standard. But the Boeing program has grown so expensive that the Air Force decided it didn’t want to spend the money Congress had approved for the program. That’s right: the Air Force got money and it didn’t want to spend it.

The Air Force really does want to get the C-130s airworthy because it wastes time and fuel and money to seek exemptions from the FAA every time an older C-130 wants to fly somewhere from within the United States, Holmes told reporters after the hearing.

But the Air Force wants to use some of the AMP money to do a smaller scale upgrade than the full AMP would require. Thew new approach would include 8.33 Khz radios, cockpit video recorders, and flight visual recorders, Automatic Dependent Surveillance-Broadcast (ADS-B), Enhanced Mode S, and enhanced traffic alert and avoidance systems.

Instead of paying almost $20 million per plane, as it would have to do under AMP, the Air Force likes the idea of a more restrictive upgrade that would cost, Holmes said, about $3.8 million per plane. There are about 220 planes that need upgrades.

But Bridenstone wants the Air Force to do the AMP upgrade.. Things got so tetchy last year that Bridenstine succeeded at stuffing an amendment into the annual National Defense Authorization Act.

Here’s how Bridenstone described the amendment in a statement at the time. “Although Congress authorized and appropriated funding for AMP in FY12-FY14, the Pentagon has refused for three years to obligate the funds.  The Bridenstine amendment prohibits the Secretary of the Air Force from spending money on her Pentagon staff until the Air Force restarts the AMP program that Congress has demanded for the past three years.”

So, during the hearing Bridenstone asked LaPlante and Holmes several times if they understood that Air Force Secretary Deborah Lee James would lose 15 percent of her operations and maintenance funding if they violated the law. Well, LaPlante made it pretty clear that Air Force lawyers believe they have found a way around the amendment.

After the hearing a few reporters tried to press LaPlante on what the Air Force lawyers have recommended and such. He did not bite. The best response came from his military colleague.

“We hope we can work out with you [Congress] a more affordable modernization program for these airplanes,” Holmes testified.