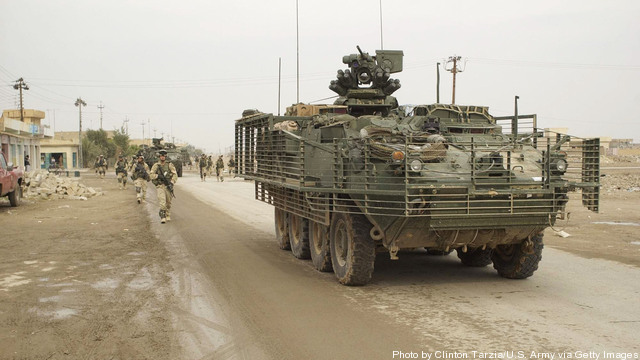 Washington: The Army’s ground combat vehicles are back in the Pentagon’s cross hairs, with a large-scale program review scheduled for August.

The DoD-led review, known in the Pentagon as a materiel development decision, will scrutinize most of the big-ticket programs in the service’s ground combat systems portfolio, except for ongoing efforts to recapitalize the Humvee.

That includes an enormous number of vehicles and systems: Strykers; the Bradley, the Armored Multi-Purpose Vehicle and the M1A1Abrams tank, said Lori Grein, spokeswoman for the Army’s Program Executive Office for Ground Combat Systems.

This will be the second time that Pentagon procurement officials have put the Army’s ground combat systems under the microscope.

The review will also likely take into account the Army’s new plans to revamp its entire acquisition process, based on recommendations from a 2010 review of the service’s buying practices, known as the Decker-Wagner report.

With the DAB now complete, the Army is now ready to being issuing contracts for GCV production. The new vehicle is designed to fill the gap between the service’s medium-armored Stryker and its Abrams tank divisions.

The Army decided to delay development of the GCV, which had originally been part of the service’s failed Future Combat Systems, last year in order to reevaluate the program’s core requirements.

Gen Ray Odierno, the White House’s pick to become the Army’s new chief of staff, told members of the Senate Armed Services Committee this week that the service is continuing to assess the program “to see if it will meet the future requirements that we see for our Army.”