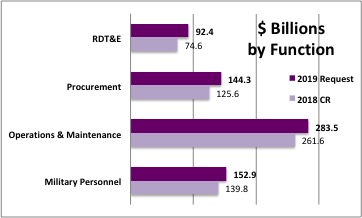 PENTAGON: The Defense Department’s budget request for 2019 dramatically increases spending on research and new weapons, less so on personnel and readiness. That’s as promised by Defense Secretary Jim Mattis — and contrary to candidate Trump’s emphasis on a larger force during the campaign — but the actual figures are striking:

Broken out by services, the Army (14.9 percent) and Air Force (14.1 percent) got the largest increases, while the Navy Department — which includes the Marine Corps — lags slightly (at a still respectable 12.1 percent). By contrast, defense-wide agencies, which like personnel have consumed an ever-larger share of the budget over the years, increase by only 5 percent in this budget. 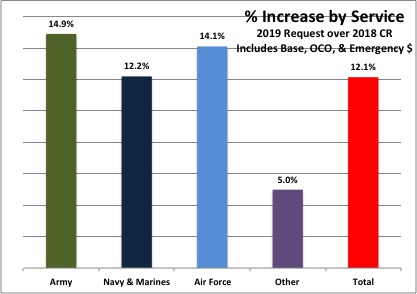 An important caveat: With the 2018 budget in limbo until the last minute, the Pentagon chose to use the 2018 Continuing Resolution figures as a baseline (plus the administration’s emergency request). Since CRs are stopgap figures, and the final budget deal was much more generous, these figures overstate the increase over the final budget figures for 2018. And of course Congress always has the last word on what the Pentagon gets. 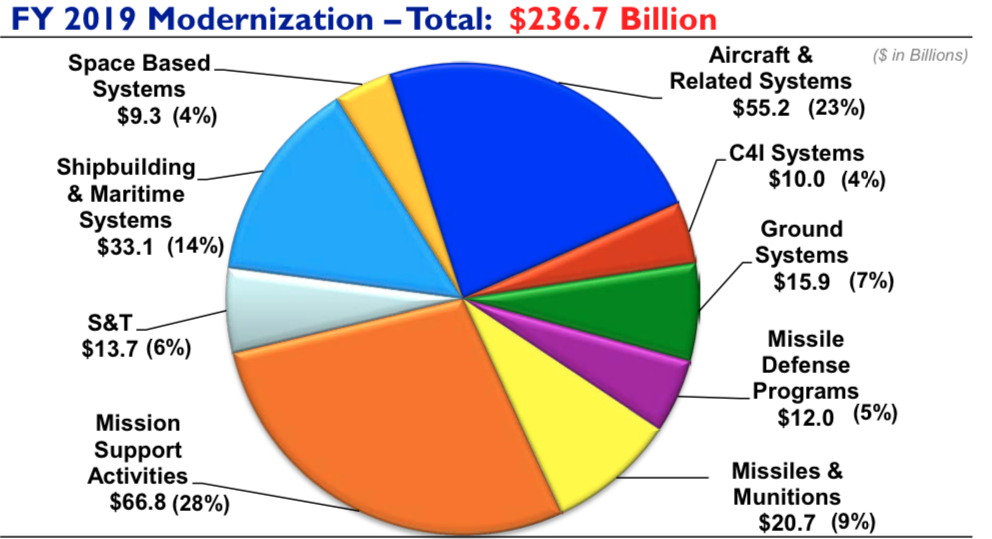 But what really matters about the President’s budget is never the final figures. It’s the relative emphasis, which priorities get promoted over others. In that respect, this budget is striking.

Mattis has long said that 2018 would be the year to repair readiness for today — run ragged by 17 years of counterinsurgency and eight years of budget dysfunction — while 2019 would focus on building up the force for the future. He makes good on that promise today.

But it’s important to understand what kind of buildup this is and what it’s not. Mattis would rather buy a smaller number of more capable weapons, and upgrade the weapons we have, then he’d like to buy larger numbers of less capable weapons and leave the existing arsenal as-is. He is not proposing to dramatically increase the size of the force: 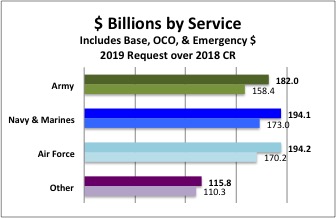 So where is the money going? The biggest increase goes into the laboratories — both government and private — that are devising the next generation of weapons. A lot else goes into upgrade the electronics installed on and munitions carried by aircraft, warships, and ground vehicles. This is first and foremost a buildup in quality, aimed at better countering Russia and China, in contrast to the counterinsurgency era’s increases in quantity to better hold and secure territory against terrorists.