Tanks Up, Choppers Down, Artillery WAY Up In Army’s Old School 2019 Budget 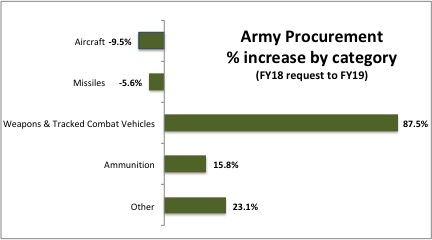 PENTAGON: The Army’s 2019 budget is all about old-school firepower. It’s a plan unmistakably driven by the Russian threat. Artillery, the king of battle, and armored vehicles dominate the service’s request: Joseph Stalin would approve. Meanwhile, helicopters — until this year the service’s top procurement expense — slip to second place.

What’s more, the Army wants more firepower here and now. While the Defense Department budget overall prioritizes research and development of future weapons (up 24 percent) over procurement of existing ones (up 15 percent), the Army reverses that: Army R&D rises by 8.5 percent, Army procurement by 18.4. While these specific figures will undoubtedly change by the time Congress is done with the budget — and their baseline is the 2018 request, which is lower than what Congress actually appropriated for the current year — the order of priority is almost certain to hold. 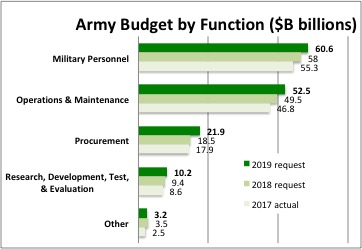 The increases in some areas are staggering. Procurement of Weapons & Tracked Combat Vehicles (WTCV) nearly doubles over the 2017 request, increasing almost 88 percent – vastly more than any other category. Ammunition and miscellaneous programs (mainly electronics) rise 16 and 23 percent respectively, while aircraft (helicopters and drones) and missiles actually drop by 9.5 and 5.6 percent.

Looking at some top-priority individual programs,

It’s an extreme case of a pattern evident this year across the services, an arguably belated investment in replenishing munitions stockpiles many experts argue would be depleted quickly in any major war. 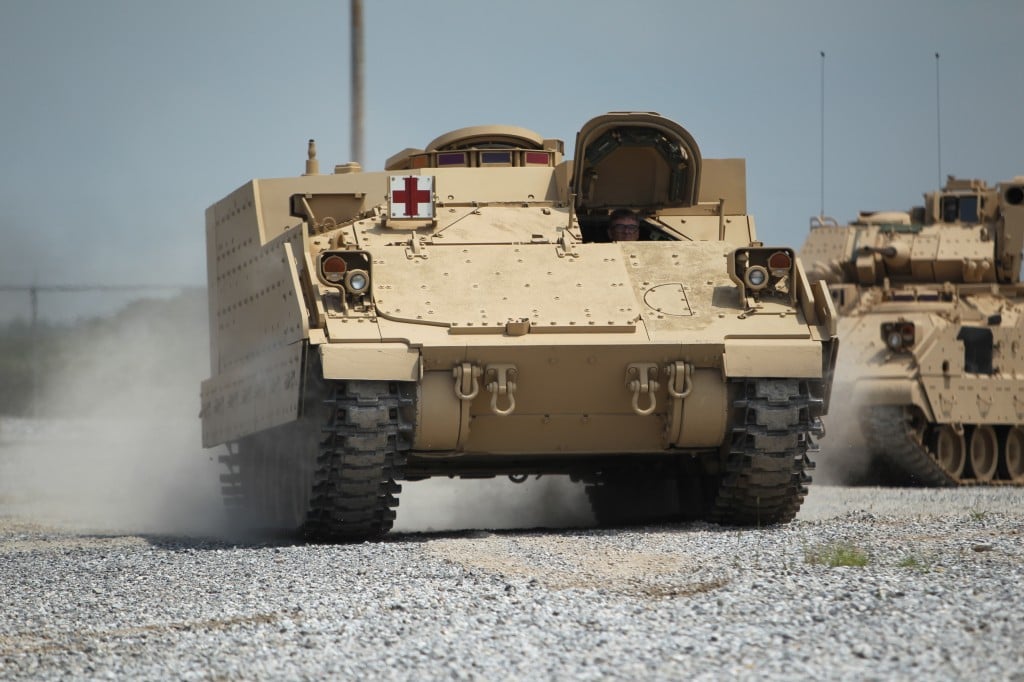 While the JLTV’s robust design was driven by counterinsurgency — specifically the Humvee’s vulnerability to roadside bombs and the MRAPs’ lack of off-road mobility — it also fits the Army’s expectation that a future great-power war would have no safe rear area, putting a premium on support vehicles that can keep moving to avoid attack and take a hit if they have to. Even better suited to this brutal future is the AMPV, with transport, ambulance, mortar carrier, and mobile command post variants, whose armor and tracks allow them to follow close behind the tanks. 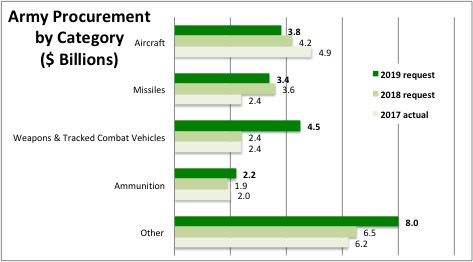 What’s notably lacking in this budget, as in years past, is new frontline combat systems. The M1 and M2 get further upgrades — much of them paid for not in the base budget but in the supplementary European Deterrence Initiative, specifically aimed at shoring up the defenses of Eastern Europe.

Meanwhile a new light tank program called Mobile Protected Firepower will award Engineering & Manufacturing Development (EMD) contracts this year, but a Next-Generation Combat Vehicle (NGCV) remains the stuff of fairly long-term R&D. Likewise, for helicopters, the AH-64 gunship, MH-60 utility helicopter, and CH-47 heavy transport continue to get upgraded, but a Future Vertical Lift aircraft remains in a flight demonstration phase with one concept aircraft already flying (the Bell V-280) and one soon to be (the Sikorsky-Boeing SB>1).

In brief, while Army Chief of Staff Mark Milley talks of ten-fold improvements in military technology, the actual Army budget focuses on incremental advances to current systems. Given the immediacy of the Russian threat, and the awful fates of past Army attempts at breakthroughs, that cautious strategy makes a lot of sense. 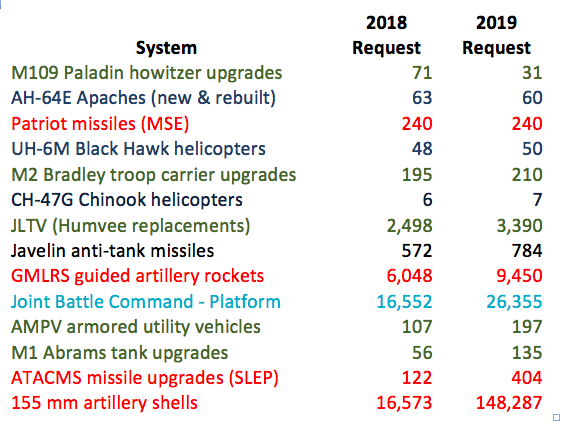