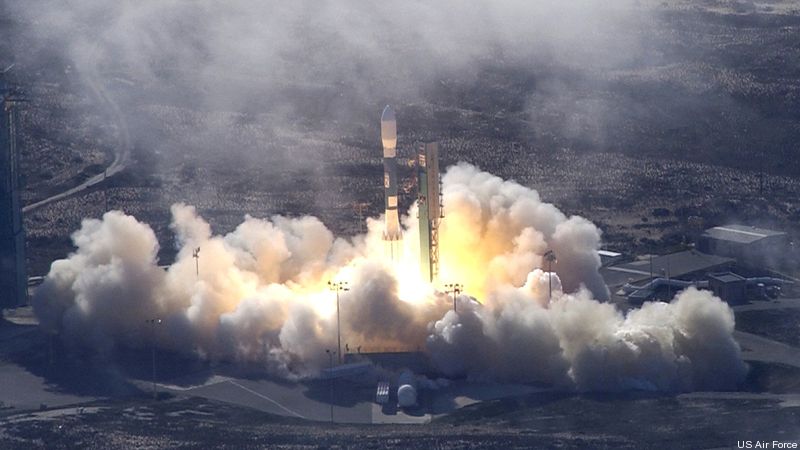 AUSA: The Pentagon’s No. 2 civilian said Wednesday that the final figure for a Space Force is unclear and is far from a done deal, even though the Air Force recently threw out a figure of $13 billion.

“The final answer won’t happen this month or next month,” Deputy Defense Secretary Patrick Shanahan told a small group of reporters here. Shanahan didn’t address the Air Force cost estimate, but said that much of the talk right now revolves around which services or offices will undertake which responsibilities, or if they should establish a new Space Development Agency.

“As we build out the budget, where would you plug the space money?” he said. “Do you plug it into the Army or do you plug it into the Air Force, or the Space Development Agency? This legislative proposal that we’re going to put together has to contemplate how it gets aggregated. The simple side of me says ‘if it’s already in place, leave it alone. [But] if it’s for new things — that’s what on the table — what’s the best way to approach it?”

Shanahan has been meeting regularly with Undersecretary for Research and Engineering Mike Griffin on those questions, many of which are highly technical. Those questions need to be answered before a Space Force can be proposed to Congress as a sixth branch of the armed services. In the end, Congress will decide.

The question for the services is, “what are those things you want to put your energy into?” Shanahan asked. There’s a case being made by some at the Pentagon that things like communications, command and control would be best performed by the Space Development Agency, he said.

All of this wasn’t “meant as an advertisement for the Space Development Agency” Shanahan said, but merely  as an example of some of the underlying structural issues involved in planting the flag for a completely new military service.

The Pentagon is planning to send its proposal to the White House in December where it will outline its thinking on these and other budgetary issues. On top of the budget issues, there are deep, complicated policy and doctrinal issues that must be tackled before any new command is established.

“As we change to space being a warfighting domain, we need clear doctrine. There shouldn’t be any ambiguity,” he said, adding that those problems “requires considerable thought and attention. It is not something you can just quickly decide. But we have to address it earlier rather than later.”

Defense Secretary Jim Mattis and other Pentagon brass, including at the Air Force, had been opposed to the idea of a separate Space Force, but President Donald Trump was obviously enamored of the idea, and VP Mike Pence delivered a speech formally calling for the Pentagon to start work on the project, saying a Space Force is, “an idea whose time has come.”

The last time America created a Space Command it didn’t last. Created in 1985, it was disestablished and folded into Strategic Command in 2002.

Reorganizing various offices in the Pentagon and among the armed services in order to accomodate a Space Force is one thing; developing a new space doctrine is quite another. Shanahan said he is pouring over parallel efforts. “The structure, the overhead are details. They are important details but I don’t think they require the intellectual rigor that the other two areas do.”

Some in the Pentagon, including Griffin, have championed the idea of the Space Development Agency leading the way, while others, like Air Force Secretary Heather Wilson, would prefer to nestle that agency withing the existing Space Command. Shanahan didn’t tip his hand which way he is leaning, but mused, “is it better to have a technical approach or a warfighter dominated approach? There are different ways to tackle it.”