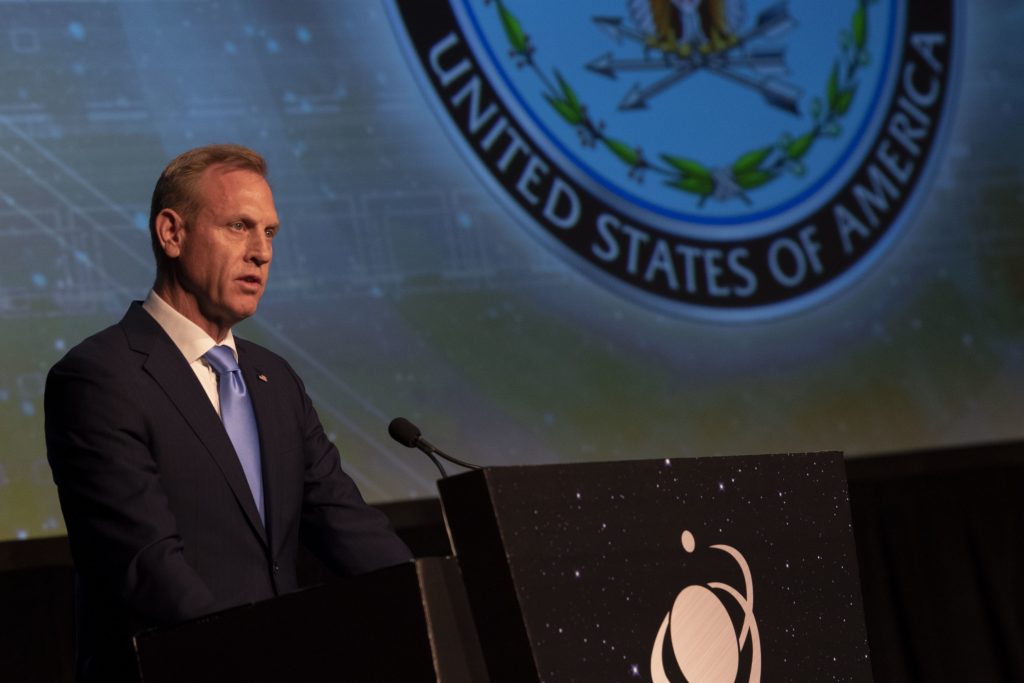 Acting Secretary of Defense Patrick Shanahan at the Space Symposium

WASHINGTON: Sometimes Pentagon rumors aren’t true. It looks as if the ones about Acting Defense Secretary Pat Shanahan violating rules and laws restricting the former Boeing executive from making or influencing decisions about the company weren’t.

The Pentagon Inspector General interviewed Shanahan and 33 witnesses “under oath.” The IG “interviewed the most senior officials in the DoD; witnesses who had frequent interaction with Mr. Shanahan; and witnesses who were involved in the review, consideration, or decisions to purchase or budget for Boeing and Lockheed Martin systems related to the allegations.”

The investigators combed through more than 5,600 pages of unclassified and about 1,700 pages of classified documents “related to the allegations and the relevant major defense acquisition systems.”

The bottom line was stark and clear: “We did not substantiate any of the allegations. We determined that Mr. Shanahan fully complied with his ethics agreements and his ethical obligations regarding Boeing and its competitors.” The investigation started on the Ides of March, not necessarily an auspicious day. Few senior officials I’d spoken with believed Shanahan had violated any ethics agreements, but the day clearing him of the allegations is auspicious for all involved.

A small public interest group, Citizens for Responsibility and Ethics in Washington (CREW), filed a complaint with the IG about the alleged ethics violations, sparking the investigation.

For the record, here’s what CREW claimed:

“According to news reports, Shanahan promoted Boeing in discussions at the Pentagon about government contracts, saying that Boeing would have performed better than its competitor Lockheed Martin had it been awarded a DOD fighter jet contract. It was also reported that Shanahan prodded DOD to increase funding for Boeing-produced fighter jets (the F-15X) in next year’s budget despite the Air Force’s preference for an aircraft produced by Lockheed Martin.

Shanahan did not abuse his office, the IG found.