Enemy To US: We’re Going To Phase 2. You Ready? 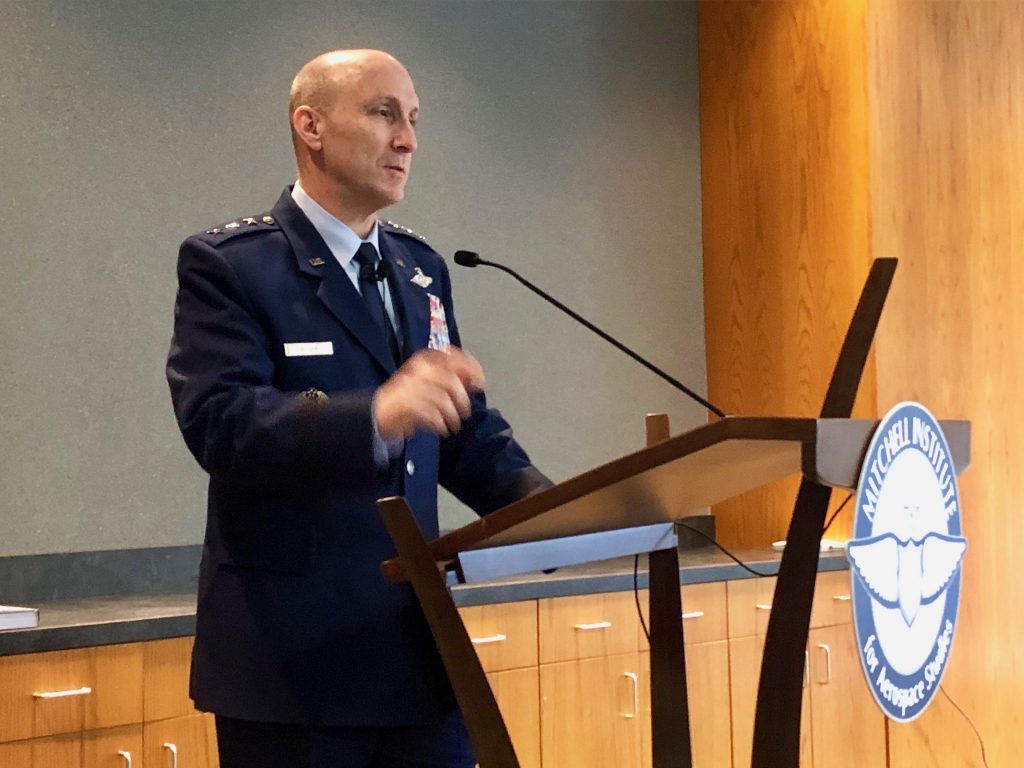 AFA HQ: It’s an important debate but it’s one that rarely surfaces in public, how effective is the US military escalation ladder that goes from “peace” through five stages. I’d heard the J-5, head of strategy, policy and plans, Lt. Gen. David Allvin was skeptical of it after his job as head of strategy and policy for European Command.

So I asked him about it after his presentation to the Mitchell Institute today, asking if it was useful or should be scrapped. His answer was thoughtful and far too rational for a reporter looking for fireworks.

“I don’t know that phasing is obsolete with respect to the planning process. it’s useful to understand within one phase what your primary objective is, whether it’s deterrence versus coercion versus compellance. I think it’s still useful,” he said. However, he was much less appreciative of its value in warfighting.

The chairman of the Joint Chiefs of Staff, Gen. Joe Dunford, talked about this in March 2016 at the Center for Strategic and International Studies:

“Our traditional approach is either we’re at peace or at conflict. And I think that’s insufficient to deal with the actors that actually seek to advance their interests while avoiding our strengths. And as an aside, you know, I don’t find the current phasing construct for operational plans particularly useful right now. If you think about it, we bend authorities and capabilities according to where we think we are in a phase. And our adversaries, or potential adversaries, or our competitors, they don’t actually – they don’t actually find themselves limited by that same – by that same framework.”

Allvin, while he did find the six phases useful for planning, offered a sharper and funnier version that was still pretty much in line with Dunford’s.

“What we need to do is rid ourselves of the nasty habit of making that planning element the way we think about strategy or execution,” he told me. “No enemy says, ‘I’m ready to go to Phase 2. You guys ready?'” There was some appreciative laughter from the audience. “We have to be more nuanced. We need to be less mechanistic in our execution of these.” Amen.