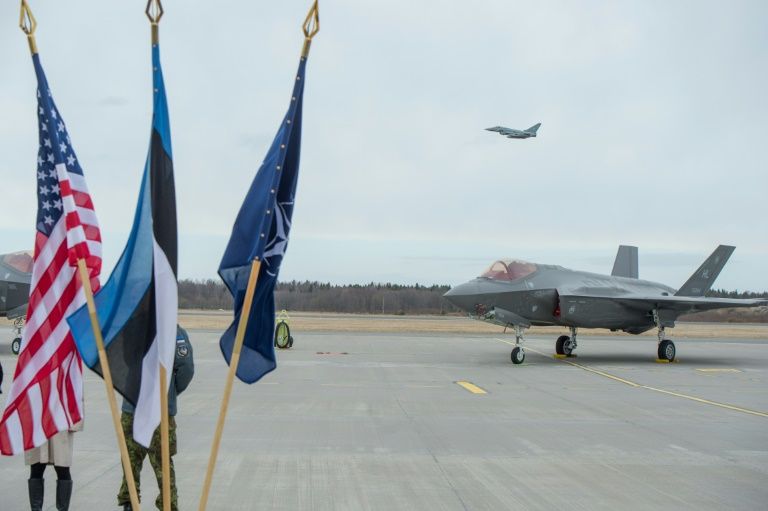 WASHINGTON: The F-35A demonstrated higher mission capable rates during its just-concluded European deployment than the fourth generation aircraft it is replacing.

“It’s very important to know that we are experiencing reliability rates rates that are unheard of in our legacy fleet with this jet. We’ve seen a very, very high rate of success with just about everything we’ve tried to do with this platform,” Chief Master Sgt. Benjamin Carpenter, the superintendent for the 34th Aircraft Maintenance Unit, told reporters yesterday.

Eight Air Force F-35As from the 34th Fighter Squadron deployed to RAF Lakenheath in the U.K. in April and later flew to Estonia and Bulgaria to remind the Russians that we’ve got a burgeoning fleet of fifth generation aircraft and, well, they don’t.

The 13 F-35As maintained a 90 percent mission capable rate during the three-week exercise, respectable for any combat aircraft. Planes did have problems, including one that lost a generator, but every issue was dealt with inside of 24 hours, according to two Air Force officers talking to reporters today at the end of the exercises.

The early F-35s have much lower mission capable rates, in part because the Air Force is simply having problems finding parts for those jets.

“Our overall mission capable rate for this F-35 deployment (to the U.K., Estonia and Bulgaria) was 87.5 percent,” Col. David Lyons, the 388th Fighter Wing commander, told us. “And my current rate for my F-16s that are doing great work in Spain is 75 percent.”

I asked in several different ways if the Russians had intercepted the F-35s or painted them with radar during their deployment, and I was told in no uncertain terms that there were no encounters with Russia. Who knows how true that is.

The F-35A will fly at the 2017 Paris Air Show. However, the planes will be flown by Lockheed Martin pilots, who are certified in the aerial displays one expects at an air show. Also, since the show is a marketing opportunity for Lockheed, the company usually picks up the insurance, fuel and other costs associated with such air show displays. One plane will come from Luke Air Force Base and one will come Hill Air Force Base.