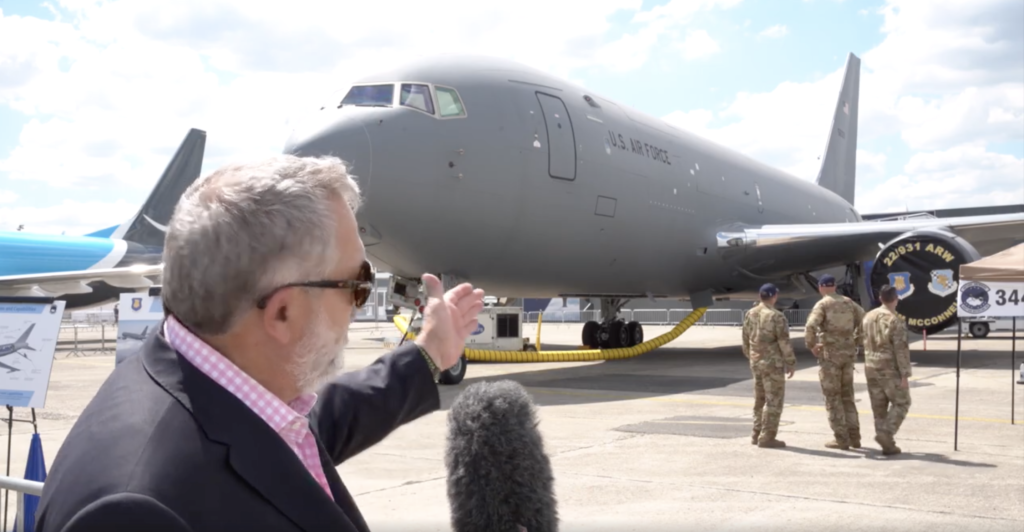 CORRECTED: BOOM is a change in requirements; Not RVS

PARIS AIR SHOW: While Air Force acquisition chief Will Roper says he’s confident that Boeing’s leadership is serious about fixing the problem with foreign objects being found in the KC-46 planes, he made clear to reporters that the company must persist and change at a cultural level.

“You can’t just issue a memo,” and expect workers to make decisions to stop a production line, something that costs the company money, Roper told reporters yesterday. Boeing needs to offer bonuses to employees who act to stop the line when they find FOD and reward them in other ways, he said.

Production of the airplane, which the Air Force very much wants to fly in numbers, is down from three per month to a little over one per month. Also, Roper said it will be “several years” before solutions to the flawed Remote Vision System, used by tanking crew to steer and manage tanking, will be ready. He also indicated talks are ongoing with Boeing about who will bear what costs and how high those costs will be. Most cost overruns — over $3.5 billion so far — on the KC-46 will be borne by Boeing under the fixed cost contract it signed, including the RVS. However, the Air Force had to make requirements changes for the boom. Those are likely to be borne by the government since the service changed the requirements.