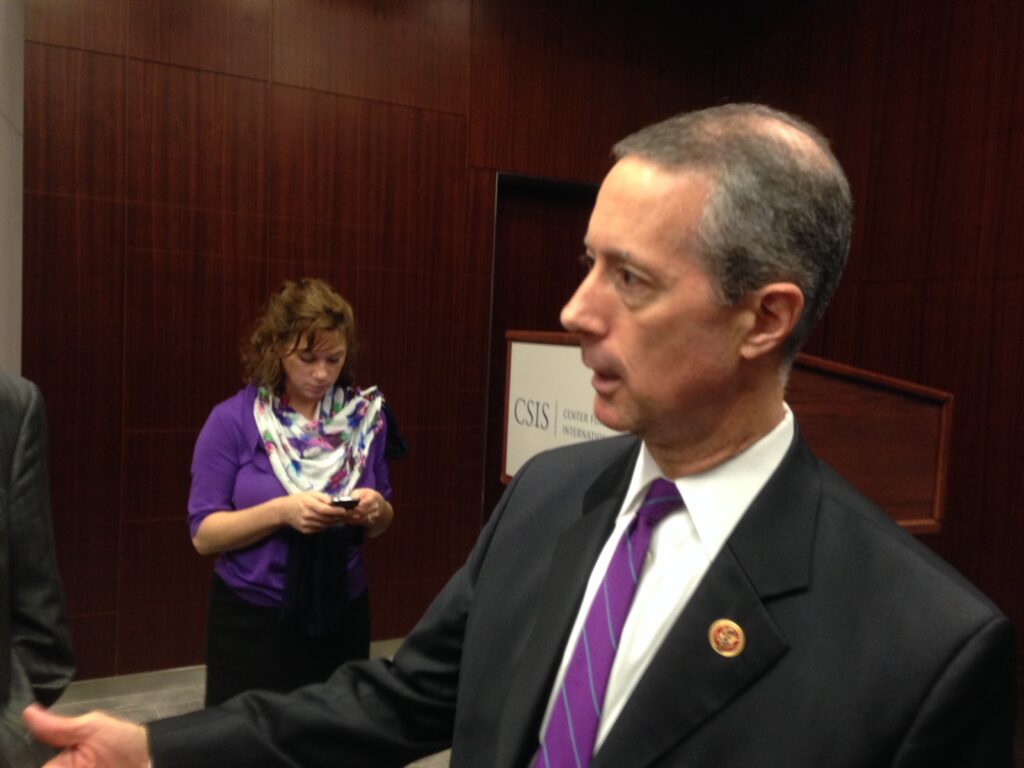 Rep. Mac Thornberry after his remarks today at the Center for Strategic and International Studies.

Rep. Mac Thornberry and Sen. Jim Inhofe sent a letter to Deputy Defense Secretary Patrick Shanahan on Sept. 24 expressing their concern over proposed new rules linking contractor performance with payment, while asking weapons makers to pony up more of their own money in up-front costs.

The proposed changes, which were unveiled earlier this month at a meeting between defense officials and industry representatives, would lower payments to contractors from 80 percent to 50 percent, with any other decreases or increases to be determined by the DoD on a performance-based scale. The rules would apply only to large contractors, while small businesses would be guided by different rules and incentives.

There are rewards, however. If a company hit milestones on time and avoids slip-ups, it would win 10 percent increases in funding.

Every major defense industry trade group has asked the Pentagon to hold off on the rule changes.

“This proposal has rung alarm bells throughout industry and has gotten significant attention on Wall Street,” Andrew Hunter, director of the Defense-Industrial Initiatives Group at CSIS told me. “Industry is already reacting pretty strongly… Industry believes that the criteria for increasing the payment level back to today’s levels may be challenging to meet, especially in the short term.”

Hunter added that there has been discussion in Pentagon for some time about using cash flow as an incentive for industry, but “because this proposal creates the potential for substantial delays in revenue for industry, it has taken on a more punitive rather than beneficial appearance.”

Thornberry said that he and Inhofe asked for a delay in instituting the new rules, which are planned to go into effect by the end of the year. He noted that Congress has already asked the Pentagon to crunch the numbers on contractor payments, and wants to wait for that data to come in before any major changes are put in place.

“Let’s hold this off until we can all look at the facts, and then we’ll take a new look at what makes sense based on what the data shows,” Thornberry said.

When it comes to the 2019 defense bill, Thornberry said he was confident that President Trump would not veto the massive spending bill set to be passed by the House as early as Wednesday. Trump has grumbled publicly and Tweeted repeatedly about shutting down the government over Congress’ failure to fund his border wall.

“I don’t think the president will veto it,” Thornberry predicted. “I think he’ll sign it and it will be a major achievement in rebuilding the military.”

The House Rules Committee met Tuesday to consider the $857 billion “minibus” spending package which includes $675 billion for defense, and the House should vote on it Wednesday. The Senate passed the bill Sept. 18.