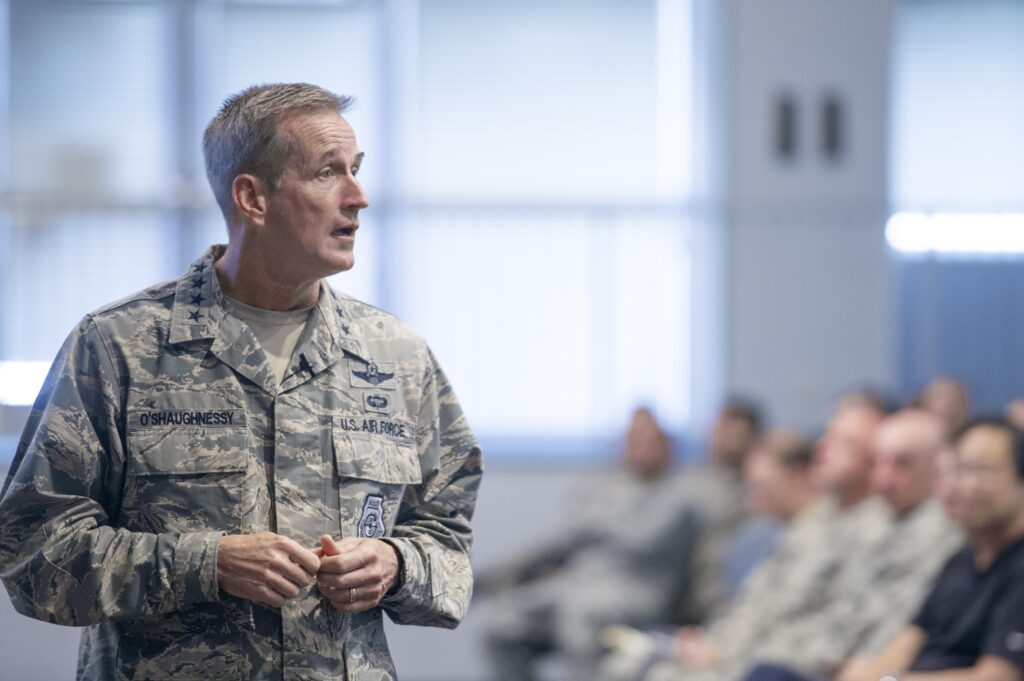 WASHINGTON: In what would be a remarkable break in US military tradition, an Air Force general has emerged as the top candidate to lead Pacific Command.

Sweeping from India to the west, north to Russia, south to Antarctica and east to the California and Mexican coasts, Pacific Command is just what it says: the military combatant command designed to project American power west and protect the vast array of allies, US islands and partners who inhabit the vast reaches of the greatest ocean. It includes an enormous percentage of the world’s people, with 1.3 billion in India and 1.38 billion in China, out of the global population of 7.4 billion.

In light of the Navy’s considerable difficulties over the last 18 months that led to multiple leaders being ousted, the leading PACOM candidate is now Air Force Gen. Terrence O’Shaughnessy, the current commander of Pacific Air Forces. News of his consideration was first broken by colleagues at Defense News.

Traditionally, major commands shift between services or between branches of a service. Strategic Command, wielder of America’s nuclear weapons and leader of space warfare, switches between the Air Force and one of the other services. Southern Command, generally regarded as the least of the commands during peacetime, is often offered as a backup prize to a particularly gifted commander who didn’t make the cut for the top warfighting commands during much of the last quarter century: Central Command and European Command. Africa Command is so new it’s hard to grant it a tradition yet. But then there is the greatest command in terms of how much of the earth it covers and the population that resides within — Pacific Command. Pacific Command has always — always — been led by a Navy officer. 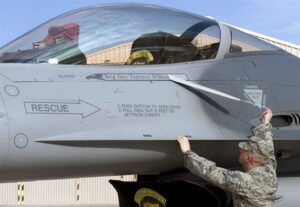 O’Shaughnessy is the most experienced senior officer in the Pacific, regardless of service. Here’s the official summary of his last seven assignments:

A DoD source with extensive experience in Pacific Command, who’s familiar with most of the senior officers there, noted the Navy’s most likely candidates are Adm. Philip Davidson, Fleet Forces commander, who oversaw much of the Navy fleet while it suffered three collisions and other severe morale problems, and has little operational experience in the Pacific. The other candidate is Adm. Bill Moran, the vice Chief of Naval Operations. He did serve as executive to the head of PACOM some time ago, but he also has little operational experience in the Pacific.

Our source notes that “there is no time for someone to learn” the intricacies of PACOM in light of the burgeoning threat from North Korea and the steady drumbeat of a rising China. Knowing the region’s ambassadors, heads of militaries and the vast array of forces and geography give O’Shaughnessy — known as Shags — the upper hand.

The shoo-in candidate had been Adm. Scott Swift, commander of the Pacific Fleet, known for his strategic gifts and vigorous personality. Chief of Naval Operations Adm. John Richardson accepted Swift’s request to retire after telling him he was not the Navy’s choice to replace Adm. Harry Harris at PACOM.

Sen. John McCain, whose family’s storied naval history often gives rise to the assumption he will favor the Navy in most things, is more likely to focus on what the country needs from its next Pacific Commander, rather than the color of his uniform. Though I bet he will say he wished the Navy had someone better suited to the job should O’Shaughnessy get the nomination. Our source says there’s no one better qualified but no decisions have been made yet.