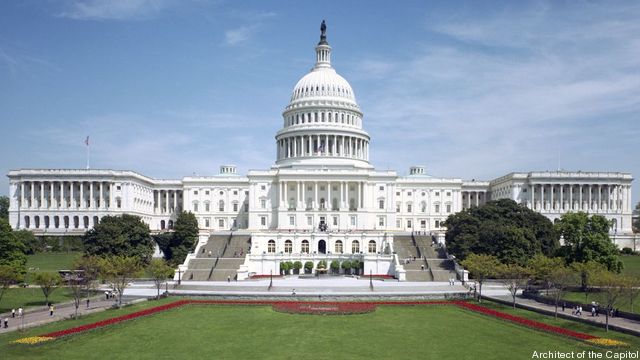 Hell hath no fury like a lawmaker betrayed. This week, the House will take up the crucial National Defense Authorization Act (NDAA), Congress’ primary instrument to oversee the U.S. military. Though the NDAA has passed for 58 straight years, partisan political choices threaten to end that streak.

The Democratic House passed out of committee the National Defense Authorization Act by a 33-24 vote, an abnormally close vote for a bill that garnered roughly 60 votes every year since 2000. Anemic support for the NDAA in committee derives from Chairman Adam Smith’s decision to eschew the committee’s tradition of bipartisanship in its drafting and markup process. The bill contained several “poison pill” provisions Republicans could not vote for, including a $733 billion topline that represents flat spending, cuts to previously bipartisan conventional missile and nuclear weapons and programs, and prohibitions on nuclear weapons publicly identified as redlines for GOP members. Rather than seeking a bipartisan compromise approach on these issues—as the committee did on the Space Force question—committee Democrats chose to go it alone.

Naturally, Republican House Armed Services Committee members—Ranking Member Thornberry in particular — felt betrayed. Thornberry and his fellow Republicans had kept overtly partisan politics out of the bill since taking the House in 2010. As evidence, most committee NDAA votes featured only one or two “No” votes over the past eight years, except for one year in which five Democrats voted against the bill.

While Chairman Smith repeatedly acknowledged his desire to address the needs of House progressives, no path exists to purely partisan passage of this bill on the House floor. Smith has admitted as much. With a 235-198 majority, the bill needs 218 votes to pass. Last year’s uncontroversial NDAA passed the House 351-66, and of the 59 Democrats to vote against it, more than 40 hailed from the Congressional Progressive Caucus. Simply put, historical evidence suggests that a coalition of Republican defense hawks and moderate Democrats annually carries the bill across the finish line with more than 375 votes.

While freshman progressives have dominated the conversation in the House, it’s doubtful that Speaker Nancy Pelosi and Chairman Smith can offer enough progressives enough concessions to avoid hemorrhaging support from moderate Democrats, as happened with the chamber’s votes on raising the spending caps and providing humanitarian aid for the grim situation at the border. Trying to appease House progressives—and tanking the NDAA in the process—would represent a significant failure of House Democrats.

Moreover, that House NDAA would be dead on arrival in the GOP-controlled Senate. Despite their differences, Chairman Jim Inhofe and Ranking Member Reed have worked together to avoid thorny partisan hurdles in their $750 billion NDAA, which passed out of committee by a bipartisan 25-2 vote and sailed passed the full Senate 86-8.

The $17 billion difference between the House NDAA’s partisan $733 billion spending level and the bipartisan $750 billion topline in the Senate might seem much ado nothing, but it’s actually a crucial tranche of funding. The 2019 defense budget stood at $716 billion. Accounting for inflation, that means the $733 billion budget request for 2020 represents no increase in buying power, just as the country asks the military to carry out the ambitious National Defense Strategy focused on catching up to China and Russia.

A topline of $750 billion instead represents 2.3 percent real growth. Chairman Smith disagrees with the recommendation by Chairman of the Joint Chiefs Gen. Joseph Dunford and former Defense Secretary Jim Mattis that the defense budget needs to grow by 3 to 5 percent per year to carry out the defense strategy. He’s concerned about how exactly they calculated that number, but this is ticky-tack math. The military lost $550 billion of buying power under the bipartisan stupidity of the Budget Control Act in recent years. Real growth begins to buy back that lost money, even if the money and time wasted by sequestration can never be fully regained.

This year, that extra $17 billion allows the Pentagon to add personnel so that current servicemembers aren’t so overstretched. It authorizes $3.6 billion for military construction so that the military is not punished for the White House’s choice to launder border wall funding through the defense budget. It maintains momentum on long-deferred military modernization, which Gen. Dunford called “his greatest concern” for the department.

The bipartisan tradition of congressional oversight of the military isn’t merely a talking point. Reams of disagreements exist between political blocs about the future of national security, but lawmakers have always managed to put aside pure political calculus and achieve compromises while strongly supporting the U.S. military. Passage of the House NDAA without significant Republican support would signal that one of the few bastions of across-the-aisle comity in Congress—oversight of the armed forces—no longer enjoys such status. It would be a signal that American voters and American adversaries alike are unlikely to miss.

Rick Berger, a former professional staffer on the Senate Budget Committee, is a research fellow at the American Enterprise Institute.