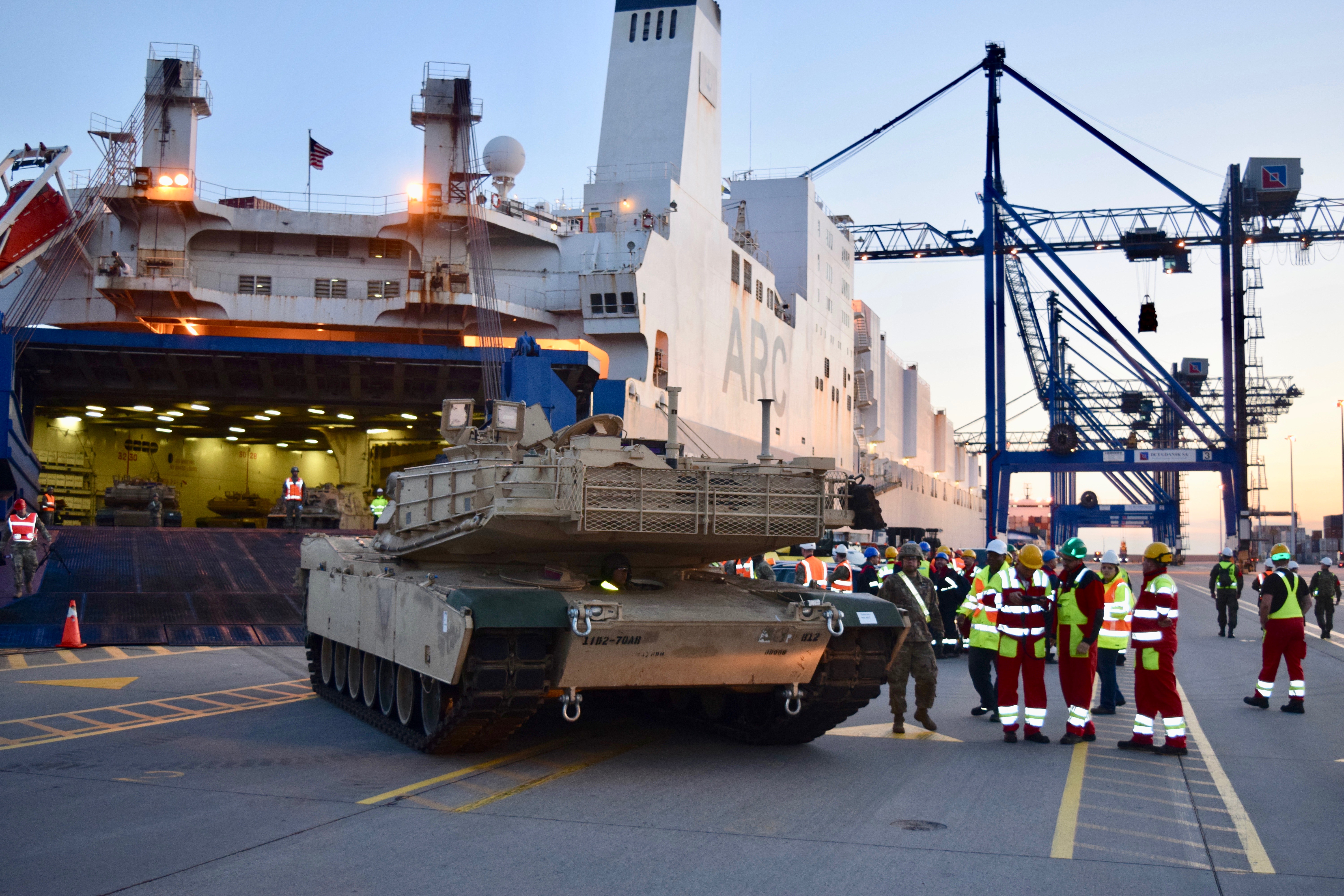 A US Army M1 Abrams heavy tank unloads from a transport ship.

WASHINGTON: China is demanding the US halt the proposed $2 billion sale of Abrams tanks and Stinger missiles to Taiwan while warning it will act to protect itself.

On Tuesday, Chinese foreign ministry spokesman Geng Shuang demanded the US should “immediately cancel” the deal with Taiwan, which Beijing considers a breakaway province, not an independent country.

The 108 Abrams tanks and 250 Stinger ground-to-air missiles the Trump Administration has approved for sale to Taiwan are purely defensive acquisitions, but Taiwan, ever worried about Chinese desires to bring it back into the fold, has long had its hopes pinned on a more politically fraught deal with Washington: dozens of 4th generation F-16V fighters the Trump administration continues to debate whether to make a deal for.

Shuang added that the proposed deal is a deliberate “crude interference” in Chinese internal affairs that takes aim at Chinese sovereignty. “China urges the US to immediately cancel the planned arms sale and stop military relations with Taipei to avoid damaging Sino-US relations and harming peace and stability in the Taiwan Strait,” he added.

The latest proposed arms transfer between the US and Taiwan, which still needs to be approved by Congress, includes 108 M1A2T Abrams tanks, 250 Stinger anti-aircraft missiles and related equipment, all for a price of $2.2 billion.

Monday’s announcement comes amid ongoing discussions between Washington and Beijing over the trade war the two are waging and just days before Taiwan’s president, Tsai Ing-wen, prepares for a trip to North America, which has also angered the Chinese government.

But a much bigger deal looms on the horizon. 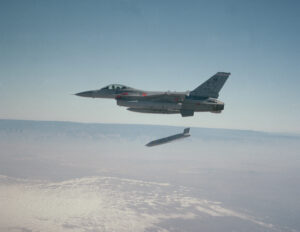 The Taiwan government recently confirmed it sent a letter of request to Washington to buy 66 F-16V fighter jets from Lockheed Martin, which would give the small independent island a fleet of the most advanced 4th generation fighters in the world. If the deal goes through, it would be the first major aircraft sale to Taiwan since 1992, through there are serious doubts the Trump administration would sign off on the deal while it is involved in delicate trade negotiations with Beijing.

There is also the question of what role the F-16s could play in any potential conflict with China. Facing off against China’s J-20 and J-31 5th generation fighters may be a daunting task, and the F-16s would likely be useful “in less than all-out scenarios, but probably highly vulnerable in an early, all-out missile strike and aerial bombardment,” said Scott Harold, associate director of the RAND Center for Asia Pacific Policy.

“Beijing will kvetch about anything,” Harold added, “but would probably complain more about F-16Vs primarily because these would be a politically embarrassing sale for Beijing.”

The Stinger sale, however, might be an indication that Taiwan is truly adopting a more asymmetric approach to self-defense, as the shoulder-launched weapon is easily moved and allows soldiers to fire and flee quickly.

While the $2 billion spent on Abrams tanks has raised some eyebrows — “you would struggle to find anyone that can make an operational case for the tank sale,” said Eric Sayers, an Indo-Pacific export at the CNAS thinktank here– it’s still “another positive sign of how arms sales are moving away from the large package approach of Bush and Obama and towards considering Taiwan’s requests on a case by case basis.”

The Stingers are more intriguing however, and “are a great weapon if they can target the PLA’s airframes,” Harold said, “though I don’t know how effective they would be against stealthy platforms like the J-20 or J-31.”

The sales, and the debate over shipping the F-16Vs to Taiwan, comes amid a regular stream of US warships sailing in international waters between Taiwan and mainland China, and just as US, Australian, Japanese, and Canadian forces kick off the massive Talisman Sabre 2019 exercise.

Australian media reported over the weekend that a Chinese Navy Dongdiao-class intelligence-gathering vessel was spotted moving north of Australia, where it is expected to keep an eye on the dozens of ships, and hundreds of US Marines, participating in the weeks-long drill.

“It is international waters, they have the right to sail there,” Australia’s Chief of Defence Joint Operations, Lt. Gen. Greg Bilton, said at the kickoff ceremony. The general wouldn’t comment on what actions the allies might take in response to the ship, saying “it’s a vessel that collects information, so it’s not a great threat, but we’ll take appropriate action.”

The American participation includes the USS Wasp amphibious assault ship, along with the USS Green Bay and USS Ashland amphibious ships, all of which operate under the Wasp Amphibious Ready Group alongside the 31st Marine Expeditionary Unit. 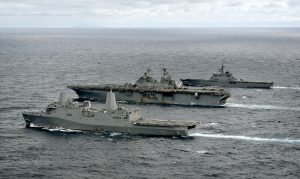 One significant drill involves troops from the 3rd Marine Division loading two HIMARS long-range rocket systems on two Air Force MC-130J aircraft operated by the 353rd Special Operations Group, while soldiers from the Army’s Multi Domain Task Force loaded two other HIMARS onto two U.S. Marine Corps KC-130Js in an effort to get both services familiar with how the other operates should they need to quickly move the artillery system long distances.

The exercise will also make use of the Ronald Reagan Carrier Strike Group, which arrived in Brisbane, Australia, on July 5. The Reagan is joined by the guided-missile cruiser USS Chancellorsville and the guided-missile destroyer USS McCampbell.

For the first time, Japan is also taking part in the exercises, sending the Hyuga-class helicopter carrier JS Ise, and the Osumi-class transport dock JS Kunisaki.