How Much Sealift Does US Have For Crisis? It’s Not Sure 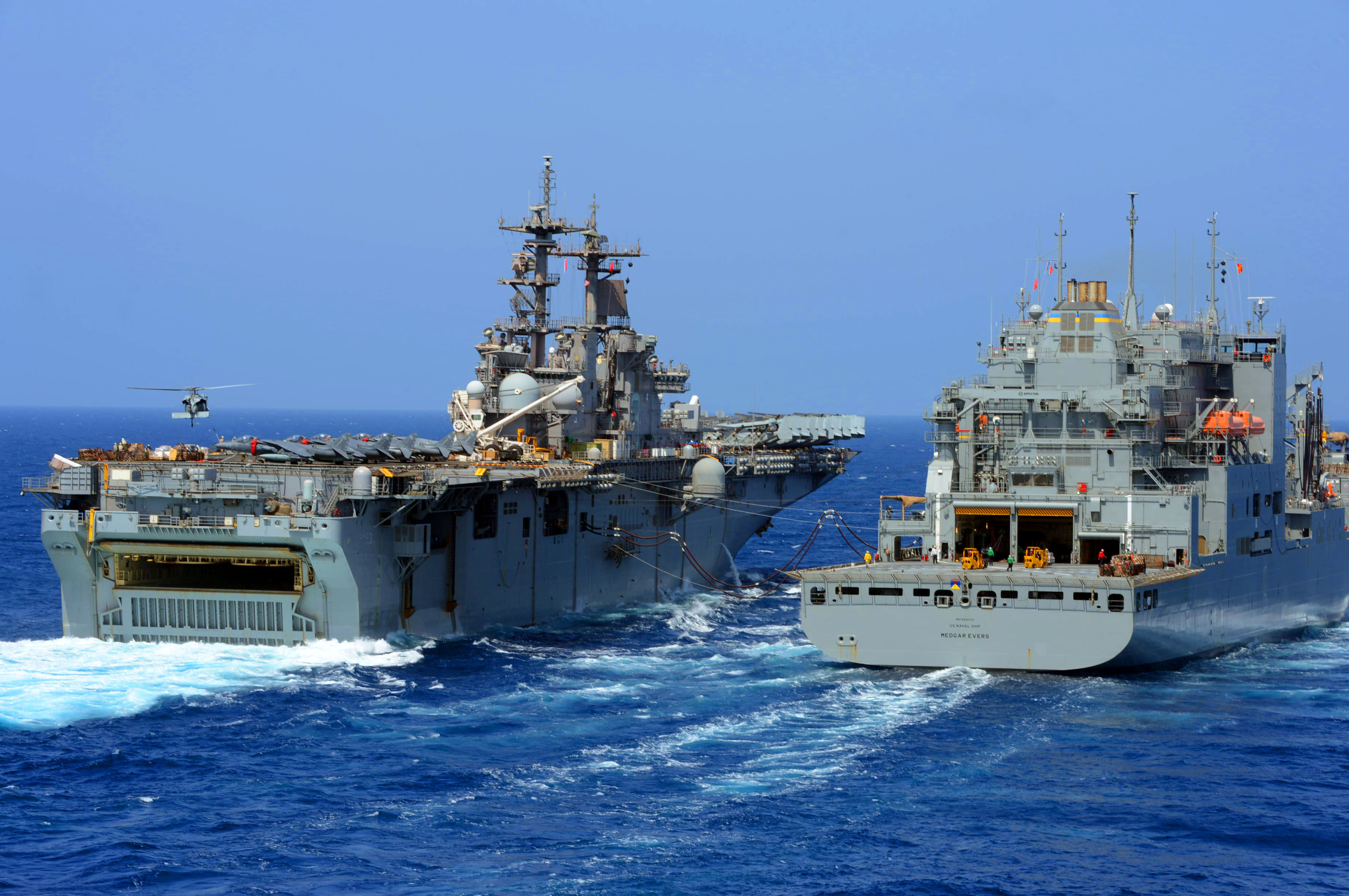 WASHINGTON: It’s “not clear” the Navy’s sealift fleet would be able to quickly move US forces overseas in a crisis, according to a new study commissioned by the Navy. The concerns raised in the report reflect issues brought up recently in the Pentagon and on Capitol Hill over the health and readiness of the aging 61-ship Merchant Marine fleet, a strategic asset critical in moving troops and heavy equipment across the globe.

Given these concerns, the Navy asked the Rand Corporation to take a hard look at fleet readiness. The report found the split management structure of the sealift fleet that moves troops, tanks, and supplies across the globe has lead to confusion over how ready the ships really are to deploy quickly, casting some doubt over how much the Pentagon really knows about the health of this critical strategic asset.

While there’s no formal readiness requirement for how much of the sealift fleet could be mobilized after being handed a five-day emergency notice, Rand researchers found there is an informal requirement for 85 percent of ships to be available.

That’s where the discrepancy comes in. Military Sealift Command, which controls about 15 ships, has reported approximately 71 percent of its fleet would meet the five-day  readiness standard, while the Maritime Administration reports about 85 percent of its Ready Reserve Force of 46 ships would be good to go. The Rand researchers found that since there’s no formal guidance or set of rules over what this kind of readiness should look like, the Navy should “provide a more accurate picture of strategic sealift readiness and more accurate requirements against which to measure.”

Even with better reporting however, the modernization of the sealift fleet is in a precarious position.

A recent study by the Center for Strategic and Budgetary Assessments estimated the Navy will need to spend about $48 billion beyond what it is currently budgeted for over the next 30 years to build and maintain a modernized logistics fleet that could meet future needs.

It’s unclear where the money will come from, as short-term budget plans call for relatively flat growth in defense spending, and the Navy is already busily planning to build its expensive Columbia-class ICBM submarine program, buying two to three Virginia-class submarines per year, a new class of FFG(X) frigates, and a new class of Large Surface Combatant ships.

Speaking at CSBA in May, Navy Secretary Richard Spencer admitted that with all these new ships planned, “I can’t afford a lot of $600-million ships. I can’t really afford a lot of $400-million ships, when I can go out and buy used for $35 to $40 million. I’m up on the Hill asking to get a little more relief. I said, I don’t want to abandon shipbuilding, please don’t get me wrong, but I need a quick little shot in the arm.”

At the moment, the Navy is currently working off a three-armed modernization plan that includes extending the service lives of some logistics ships, buying used ships to replace the rustiest of the existing fleet, and moving out on the Common Hull Auxiliary Multi-Mission Platform (CHAMP) program. In June, the Navy awarded four $2.9 million contracts to Bollinger Shipyards, General Dynamics National Steel and Shipbuilding Company, Philly Shipyard, and VT Halter Marine to work on designs for the CHAMP effort. The Navy says it is looking to award a contract by 2023.

During this summer’s confirmation hearings for Gen. Mark Milley as Chairman of the Joint Chiefs, and Mark Esper for Defense Secretary, Sen. Tammy Duckworth asked both men very direct questions about sealift. Esper replied that 90 percent of the Army’s equipment gets overseas by sea, “and if they can’t get there [the Army] won’t be in the fight, it won’t be relevant.” He added that Navy Secretary Richard Spencer “agrees we need to modernize and build capacity into our sealift.”

As Secretary of the Army before he moved up to become Defense Secretary, Esper no doubt knew those numbers well, as the service has long been worried about the aging sealift fleet. Last year, the Army warned that “without proactive recapitalization of the Organic Surge Sealift Fleet, the Army will face unacceptable risk in force projection capability beginning in 2024.”

Army Gen. Stephen Lyons, Transcom commander, testified earlier this year the “sealift fleet is able to generate only 65 percent of our required capacity…and is rapidly approaching the end of [its] useful life.”

But with little wiggle room for the Navy to buy new — or even used ships — and sealift ships growing rusty and less able to meet the needs of sailing into potentially contested seas, both the Navy and the Pentagon will have some hard choices to wrestle with. And those decisions will need to be made soon.