Human Rights, And FONOPS, Key For US In Indo-Pacific 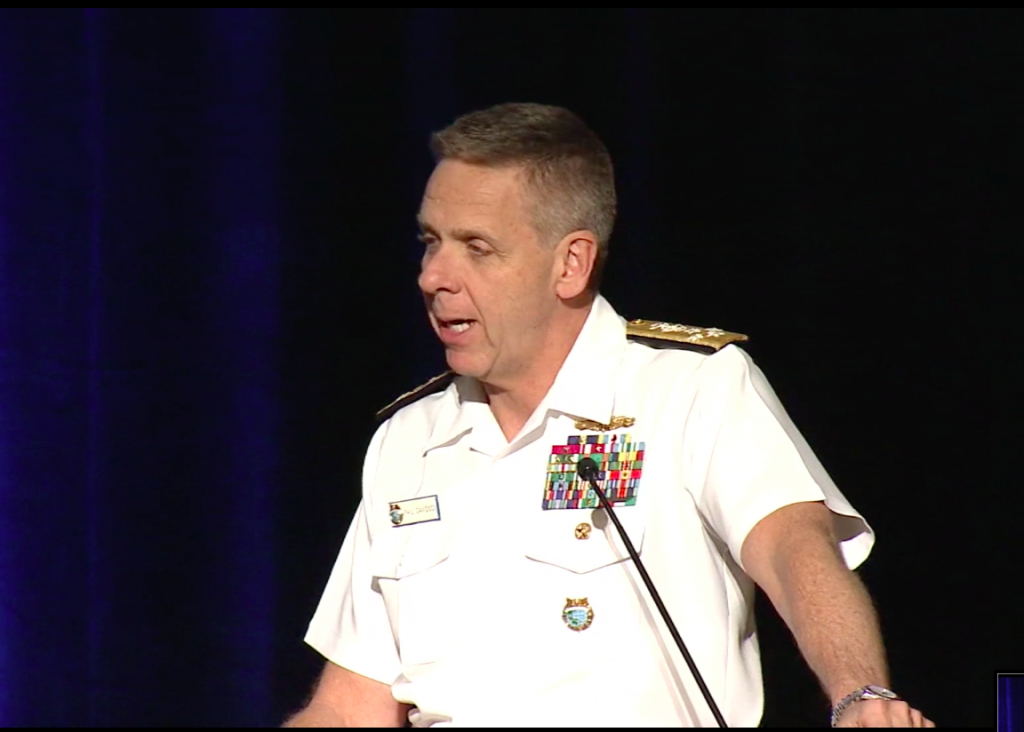 These are not tropes one hears much from the Trump Administration but they have been the consistent drumbeat of speakers here at AUSA’s LANPAC conference, from the head of Indo-Pacific Command, to the head of US Forces Korea to several heads of allied militaries.

Adm. Philip Davidson, head of Indo-Pacific Command said it most clearly, saying he believes “we are facing a serious threat to all of us, a fundamental divergence of values that leads to two incompatible visions of the future when we speak of the People’s Republic of China especially.”

What is the threat? “Through fear and coercion our adversaries are seeking to bend, break and replace the existing rules-based international order. In its place they seek to create a new international order, one that is closed and authoritarian, one where nations large and small seek to subordinate their own sovereignty to just one country.”

The allied answer, Davidson said is “a free and open Indo-Pacific,” a broad concept but one that pointedly includes the crucial dictum that international seas are open to the passage of all ships of all nations. (Sen. John McCain was clearly smiling down upon this conference.)

As if to make his point, the US Navy told Reuters yesterday that the destroyer Preble and the Navy oil tanker Walter S. Diehl transited the Taiwan Straits. That means the US has transited the crucial strait at least once each month this year.

The head of US Forces Korea, Gen. Robert Abrams, spoke crisply of liberties “protected by the rule of law.” The United States, he noted, “is a Pacific nation and we are committed to a free and open Pacific.”

One of the key elements of that freedom lies in how investment is executed. China has repeatedly offered enormous loans to small countries around the world which they are unlikely to be able to pay back. When the projects collapse or the countries do, they can become, “in effect, new colonial clients of another country,” noted Matt Cook, senior policy advisor to the head of US Army Pacific. The US is “happy to help our partners” avoid that fate.

In addition to helping Indo-Pacific countries avoid becoming Chinese colonial client states, the US needs to do “a better job of telling our story,” Cook argued. Reading most newspapers, listening to most newscasts you’d be forgiven for thinking that China’s Belt and Road Initiative is the only source of capital and assistance in the region. Not so. “The biggest investor in the region is the United States of America, then Australia and then the Netherlands,” the policy advisor said.

In conversations around the conference I was struck by how eager representatives of several allied countries were for the US to make good on those declarations of commitment to the UN Declaration of Human Rights and the rule of law, backed by an effective and lethal US military. Several I spoke with contrasted what they said they hear from the White House — especially President Trump’s comments about Russian President Vladimir Putin and North Korea’s Kim Jong Un — with those declarations. Perhaps this is a classic example of a two-pronged strategy, with the White House using President Trump to flatter and negotiate while the US military provides the lofty language and the firepower to back it up?