Posted by Murielle Delaporte on October 9, 2019 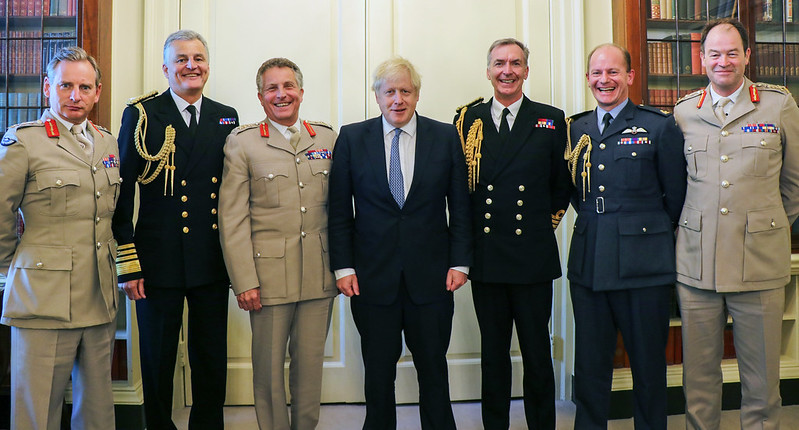 After three years — and 17 months of painful negotiations — after three rejections by the UK Parliament of any deal Theresa May tried to conclude, the European Union and most European nations are watching events taking place across the Channel a bit like the huddled masses waiting for a hurricane to strike.

Are they ready, or will they and Britain be swept out to sea or battered to death? And how will Brexit affect the continent’s and Britain’s security? Read on!

The frustration in Brussels keeps rising as the deadlock over the Irish question — the shorthand for which is “backstop” — persists. A bit like a bad series on Netflix, whose producers don’t know how to end it, most Brexit players are doomed to watch the grim saga of British domestic politics to get a clue about what’s next.

The one thing Boris Johnson and his DUDE — Deliver, Unite, Defeat, Energize — partisans have in common with their opponents is that they all want to see a quick end to a process that has paralyzed the debate about Europe’s future and created a climate of instability which only NATO’s foes can find suitable.

At this point, everything points to a “No Deal” Brexit. London has not proposed what Germany or the European Union view as a realistic alternative to Backstop. What is not clear is how long the process can last since the European Commission’s Chief Negotiator, Michel Barnier, and its newly-elected president, Ursula von der Leyen, seem to disagree on whether or not to allow Britain an extension beyond Oct. 31. As a sign of just how fractious all this has become, Downing Street disclosed a few days ago what it said was the substance of a phone call between Johnson and German chancellor Angela Merkel. Merkel reportedly told Johnson that Northern Ireland must remain in the EU’s Customs Union. That meant, the British said, a deal was “essentially impossible, not just now but ever”.

That drew a heated rebuke from Donald Tusk, president of the EU Council. “What’s at stake is not winning some stupid blame game,” Tusk said in a tweet. “At stake is the future of Europe and the UK as well as the security and interests of our people. You don’t want a deal, you don’t want an extension, you don’t want to revoke. Quo vadis? [Where are you going?]”

The European Commission’s president, Jean-Claude Juncker, rejected any effort by the British to lay blame for the failure of negotiations on the continent: “I do not accept this ‘blame game’ of pinning the eventual failure of the negotiations on the EU. If that’s the case the explanation is actually in the British camp because the original sin is on the islands and not on the continent. Nobody would come out a winner in this scenario. A no-deal Brexit would lead to a decline of the UK and a clear weakening of the roots of growth on the continent.”

What is at stake for the European Union (EU) is above all (above the Euro, security or even common values) the sanctity of its founding Common Market and its so-called four freedoms: people, capital, goods and services. What a majority of leaders in Europe have feared from the very beginning is a potential domino effect across the continent.

It is in that context of uncertainty that the Old Continent and the UK keep trying to practice business as usual while preparing for the worst. How bad can it be, an American might wonder? Five million trucks cross the Franco-British border via the Channel tunnel every year. How can one control them all to implement new and differentiated tariff policies? French Customs have hired hundreds of employees and are trying to create some kind of “smart border,” but it might take a while to adjust.

Security and defense could serve as anchors to keep Britian’s close ties with Europe intact.

As to how wide the channel rift will spread after Brexit, the defense and security indicators are hard to read. On the one hand, you’ve got the steady creation of a European counter-mining capability with the UK. On the other, you’ve got Britain’s withdrawal from common maritime operations. For example, Northwood is no longer the headquarter for EU NAVFOR, and the recent trilateral initiative to join forces in the Strait of Hormuz seems to have been abandoned), as has a common European space policy.

Overall, pragmatism and the need to keep building interoperability among allies should prevail, though that will depend more on the synchronicity of like-minded heads of state than on any visionary political course of action.

One thing is sure: the same way today’s environmentalists interpret the impact of current hurricanes as a manifestation of climate change, Hurricane Bo-Jo and Brexit seem clear indicators of an underlying sovereignty crisis in Europe…

In case of a No Deal Brexit, the EU has created a coordination and information call center for all 27 member-states, and proposed help heal those hurt by Brexit by tapping into the European Union Solidarity Fund, a fund usually used for natural disaster-stricken victims.