Hypersonics: From Zero To 40 Plus Flights In Next Four Years 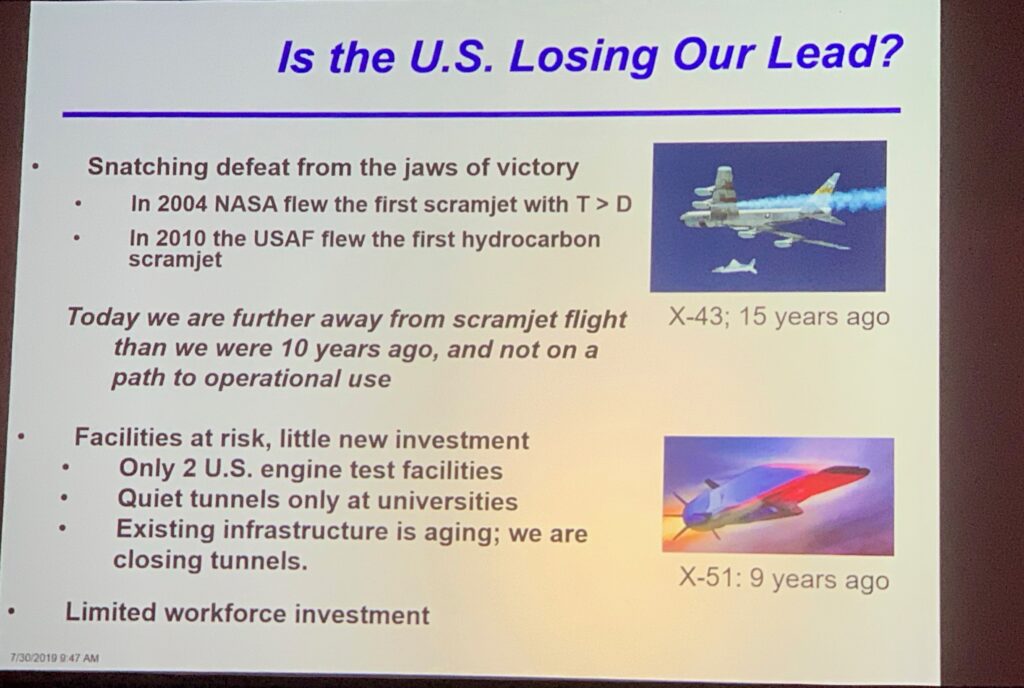 PURDUE UNIVERSITY: The Pentagon plans to nearly double its spending on hypersonic-related technologies in fiscal year 2020 — if Congress approves it — and hopes to run around 40 flight tests of hypersonic vehicles over the next four years, Pentagon officials say.

It’s all part of the much higher profile of hypersonics have in the US military, with the White House receiving a hypersonics briefing earlier this month.

As Mark Lewis, an expert at the Institute for Defense Analyses, said here at the National Defense Industrial Association (NDIA)  conference on the topic: “You can’t walk more than 10 feet in the Pentagon without hearing the word hypersonics.”

But the US effort lags those of China and Russia in several key metrics, at least. Lewis’ chart below speaks for itself. 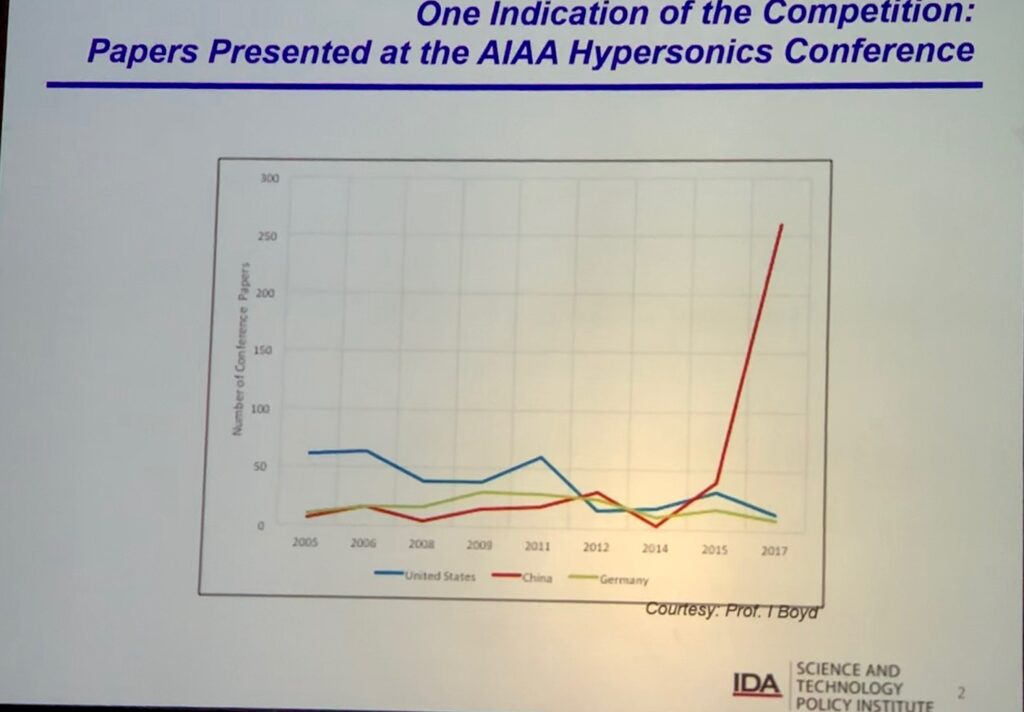 And, Lewis notes, the US has not flown hypersonic vehicles enough to gather data and press forward with redesigned systems improved as a result of testing. The Pentagon’s 2020 budget request for both hypersonic vehicles and defense against them is $2.6 billion. Some $157.4 million of that is for hypersonic defense programs. None of these are programs of record. As any close watcher of the US military knows, that usually means there is actually not a formal requirement for a weapon. So we may be pressing ahead, but these efforts remain fragile and lacking in institutional support. 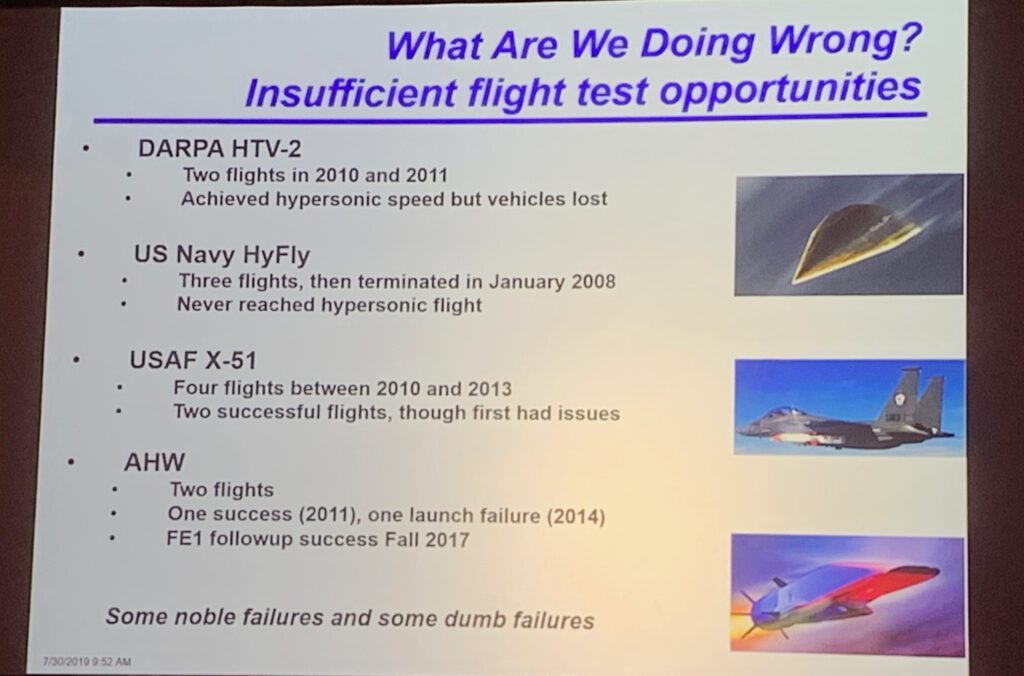 The DoD’s Deputy Undersecretary for Acquisition and Sustainment, Alan Shaffer, appeared here and offered an abundance of caution.

At lunch, the chair of the House Appropriations Defense Subcommittee offered a splash of cold water to the enthusiasm of many at the sold-out conference. Hypersonics research is just getting going again at the same time that a huge swell of funding for other weapons loom.

A key thing the hypersonics community might want to consider is trying to consolidate what defense officials and experts here said was overlapping work and some technological duplication.

“We need a coordinated national approach,” said Lewis, and it must be one that includes NASA and strong international partners like Australia. The US and the Aussies have worked together on a program called Hypersonic International Flight Research Experimentation (HIFiRE). Australia also offers the rare jewel of the 47,177 square mile Woomera Test Range for hypersonics testing.

The US military is keenly aware of the need for some consolidation, as the head of Army Futures Command said in May.

“We are looking across the entire investment portfolio for hypersonics and trying to figure out how we are going to start doing some consolidation,” said Gen. John “Mike” Murray. He was the Army’s funding guru — the deputy chief of staff for programming — before becoming the first-ever chief of the newly created Army Futures Command last August.

“It’s too early for me to say ‘this program, that program, this program,’” he said, “but we know that hypersonics are going to be very expensive, and we’re going to have to make a decision on the exact path we’re headed down pretty quick.”