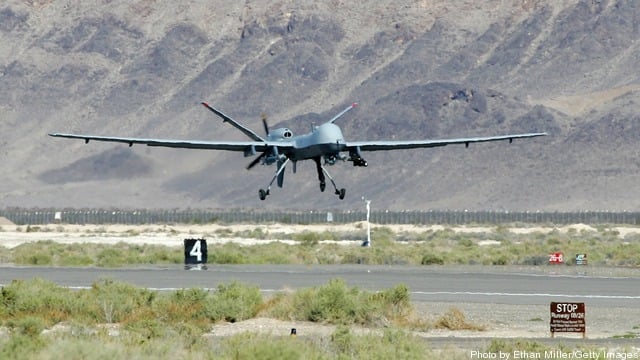 WASHINGTON: The Pentagon and India’s Ministry of Defense are working together to “tailor” a standardized version of the Predator B Reaper attack drone for use by all three Indian armed services, with officials actively discussing how to finalize the long-planned sale.

Key to revising, and finalizing, export of the armed unmanned aerial vehicles (UAVs) is the ongoing effort by the Indian Army and Air Force to define their requirements, and the parallel work by India’s MoD to ensure that the sophisticated drone systems can work with current service platforms and systems, says Ben Schwartz of the Chamber of Commerce’s U.S.-India Business Council.

“The weapons systems, the avionics suite, the communications suite — they all need to be tailored to India’s needs, so it works with their other equipment,” he told me on Wednesday. “Then there is the issue of integration with their other platforms.” 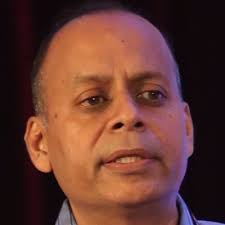 Ellen Lord, head of Pentagon acquisition, confirmed to reporters at the Pentagon on Monday that the negotiations with India are ongoing. “We continue to work with India on that,” she said, adding that “Ajay Kumar was just over here about a month ago, and we continue to work through that.” Kumar at the time was the MoD’s secretary of Defence Production; he was promoted Aug. 21 to the post of Defence Secretary.

The Indian Embassy did not respond to a phone request. A spokesman for prime contractor General Atomics was unable to obtain an approved statement by publication time.

Lord oversees the activities of the Defense Trade and Technology Initiative (DTTI), a specialized organization formed back in 2012 to manage often complicated US defense exports to India.

The sale to India of the armed Predators was controversial when it was first mooted — with India asking for  22 Sea Guardian maritime variants for its Navy — way back in 2016. UAVs that can carry missiles fall under the Missile Technology Control Regime’s (MTCR) Category 1 classification, for which there is a presumption of denial of exports.

The 1987 MTCR is an agreement among 35 countries seeking to limit the spread of missiles and related technologies, especially those that can carry nuclear weapons. Specifically, MTCR Category 1 includes “complete rocket and unmanned aerial vehicle systems (including ballistic missiles, space launch vehicles, sounding rockets, cruise missiles, target drones, and reconnaissance drones), capable of delivering a payload of at least 500 kg to a range of at least 300 km, their major complete subsystems (such as rocket stages, engines, guidance sets, and re-entry vehicles), and related software and technology, as well as specially designed production facilities for these items.”

The MTCR guidelines state that exports of these items are “subject to an unconditional strong presumption of denial regardless of the purpose of the export and are licensed for export only on rare occasions.” Additionally, there is a ban on exporting production capabilities for all Category 1 items.

In order to facilitate the export (as well as other sales of sensitive US defense equipment), the Obama Administration designated India as a ‘Major Defense Partner’ — a totally new category for US-foreign relationships specific to India. The goal was to create a tighter defense partnership between India and the US to counter Chinese ambitions and to undercut Russia’s long hold on arms sales to Delhi.

India’s original plan to buy the Sea Guardian variant was part of a planned multi-year initiative to build up an arsenal of 5,000 UAVs between 2016 and 2026. India’s military already operates a number of Israeli drones, including the Harop attack drone and the Heron surveillance drone. The purchase of Predators would be its first of a US UAV system, experts said.

The Indian press, including reputable publications such as the Times of India, has widely reported that Delhi now hopes to buy a total of 30 Predator Bs,10 for each service, at a price tag of some $6 billion.

It remains unclear when the deal will be finalized, Schwartz said, noting wryly: “It’s India.”

Indian projects are notoriously slow and complicated, often accompanied by internal shenanigans within the Indian government over budgets, requirements, and timelines.