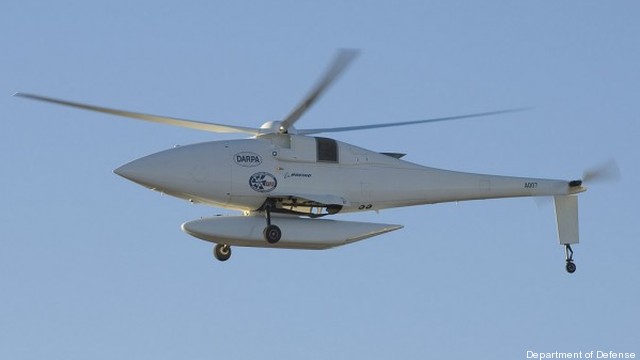 Washington: The old saying, ‘if it doesn’t make dollars, it doesn’t make sense’ has become more or less the mantra among attendees at this year’s Association of Unmanned Vehicle Systems International trade show.

Affordability and cost savings have been the buzz words among the companies at this year’s show, for everyone from the top-tier defense firms down to the subcontractors specializing in unmanned technologies.

The White House is rumored to be looking at a nearly $100 billion cut for DoD spending in next fiscal year, on top of the $350 billion reduction over the next decade for the Pentagon.

That fiscal pressure is pushing industry to come up with unmanned systems that are more capable and more affordable than those currently in the market, William Borgia, director of Boeing’s intelligence robotics laboratory, told Breaking Defense.

All those technological efforts, Borgia added, will result in a system that is cheaper to own and operate.

Along with squeezing savings from the drones themselves, industry is also looking at ways to cut down the number of soldiers, sailors, airmen and Marines needed to operate the systems.

For example, Northrop Grumman is writing new software and creating components that not only would allow different unmanned vehicles to be operated by the same control system, but would enable the operator to use that unit to control multiple drones.

Although the Northrop’s Common Mission Management System program is focused primarily on air vehicles, the common control function could be used as well for equipment running on the ground or in the water, Mike Leahy, a program director in Northrop’s Aerospace Systems, said yesterday.

Cutting manpower requirements for future UAS will be enormously important for DoD’s bottom line, and is one of the key requirements driving drone development, Edward Godere, QinetiQ’s senior vice president of unmanned systems, told us.

Building a UAS that requires a squad or platoon-sized force to operate cancels out much of the possible cost savings for UAS. The Army admitted this week that they have yet to figure out how to get personnel costs — one of the biggest bills the services and DoD has — lower on unmanned systems.

Industry, according to Godere, is trying to do their part to help with that problem. But DoD and the services need to do their share too, by shaping clear and effective UAS requirements.

QuinetiQ, Lockheed Martin, Northrop Grumman and others can build whatever DoD or the services ask. The problem is the most of the Pentagon does not yet know what it fully wants from UAS, he said.

Multi-mission capabilities, fewer people to run and maintain them, synergies between service platforms, armed UAS operations — the list goes on and on, Godere said.

But until the department develops a more complete picture of where it wants to go in UAS, industry will just be flying blind.