Inside The Wargame: The Challenges Facing Air Force’s MDC2 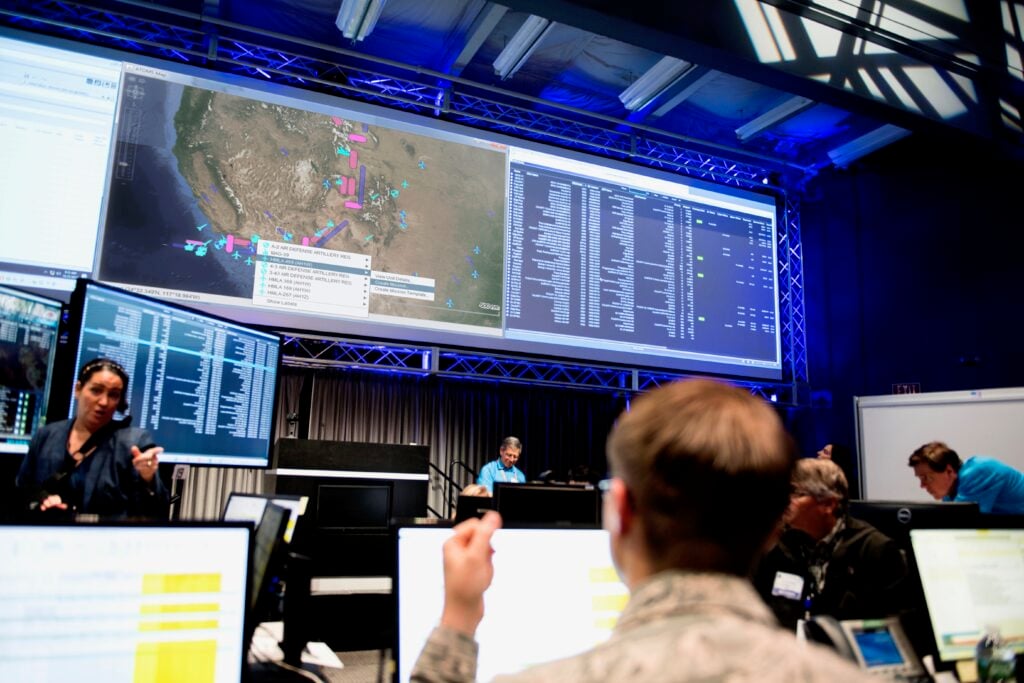 SUFFOLK, VA: Inside one of six large rooms in Lockheed Martin’s Lighthouse complex here, flanked by a phalanx of huge TV and other screens, an earnest conversation between a cyber warrior and a “commander” plays out. 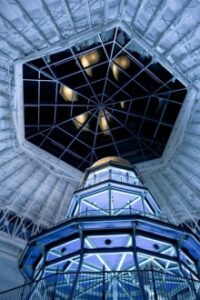 The lighthouse around which Lockheed Martin built its Center for Innovation in Suffolk, Va. Its light works.

We’re in the middle of a three-day wargame, one of a series of exercises to help develop the early stages of an advanced command and control system that the Air Force calls Multi-Domain Command & Control (MDC2).

The Lockheed Martin MDC2 exercise was designed to look at the challenges facing the military as they try to create an “integrated tasking order” similar to a traditional Air Tasking Order. An ATO assigns missions and schedules sorties for every aircraft in a theater, the integrated tasking order would assign tasks to all space and cyber forces as well.

Building a weapons system is complex but there can be even more daunting challenges when you’re in the early stages of designing and building a command and control system such as MDC2. Culture, training, language and even nationality can pose challenges as large as — or even bigger than — the technology.

And that’s where we come back to the conversation at the cyber war command desk. Turns out the lead cyber warrior — from a close ally of the United States —  didn’t understand the command authorities in the same fashion as did the MDC2 commanders. All 27 participants and 23 observers were all briefed at the beginning of the game, complete with slides containing those wonderful military boxes and lines and acronyms and filled out with technical term-laden explanations. But, as a result of some cross-cultural miscomprehension, the cyber force was much slower to act than the commander had expected. Essentially, they were waiting for explicit orders instead of executing the commander’s intent.

And that, dear readers, is exactly why wargames such as this are being held, to find the unexpected. “I just love how we are going through the pain of doing this,” was how Tori Miralda, the principal engineer for cyber operations at Lockheed’s Rotary & Mission Systems, put it as we chatted about the cyber teething problems.

During the war game, the organizers separated the air, cyber and space teams, forcing them to communicate directly with the MDC2 leaders. That didn’t work so well. The lesson Miralda said they learned: “The other thing I realized: space, air and cyber have to be shoulder to shoulder.” While central coordination was necessary, so was close consultation between those managing both the conventional attacks and the silent strikes using cyber, electronic warfare and satellites as weapons.

One of the most interesting tidbits I picked up during the game was the assumption that cyber weapons can only be used once. Though they may take years and huge sums to develop and offer almost magical effects, they are assumed to be largely incapable of a second shot because as soon as they’re used, the enemy will know the weapon’s effects, and perhaps elements of its code and points of access. So while you may be able to cripple or destroy some of your enemy’s systems, it’s not like artillery or bombs where you can just keep lobbing kinetics til you run out of ammo or switch to a new target.

But there were other, much more fundamental “cultural” changes that must be made to the US military, according to almost every participant I spoke with during two days observing the wargame. Those participants included members of the Army, Navy, Air Force and of the British armed forces, with ranks ranging from sergeant to colonel.

Bottom line, everyone I spoke with agreed: the entire US military must change important parts of its structure to utilize what are expected to be the vast increases in computing power, software capabilities, data mining and artificial intelligence. Future conflict will require incredibly fast decision-making. It will require the ability to effectively visualize cyber and space warfare so you can find, fix and target the enemy. And it will absolutely require  different services operating in and across different domains to plan together and to understand what’s happening. All this will require basic changes to the command structure of the US military. 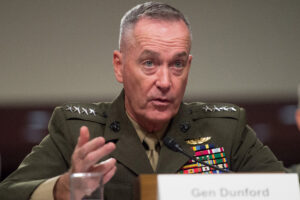 Gen. Joe Dunford, chairman of the Joint Chiefs of Staff, has already raised this issue but the biggest change we’ve seen so far involves Strategic Command and Air Force Space Command. All the space and cyber officers I spoke with said much bigger changes will be needed to the current Combatant Commands. All the officers and industry experts with whom I spoke said they believed the military needs some form of a true Joint Warfighting Command with global reach.

This would probably take data from MDC2 and other truly joint systems and issue orders to regional and domain commanders to execute. Why is there a need for such a function? As data moves more quickly and spans the globe, the traditional combatant commander is simply rendered less effective because he or she is not as aware of the truly global scene and doesn’t have authority beyond the boundary lines on the COCOM map. Several participants told me they thought the ideal would be a team of 100 or so, with training in the complexities of riding herd on artificial intelligence, enormous quantities of data and the human dimension.

Just a few weeks before the MDC2 wargame, Strategic Command tested new ways to develop and share space situational awareness information — i.e. what satellite is where — in an exercise called Global Sentinel here. An official article noted that Australia, Canada, France, Germany, Italy, Japan, the United Kingdom, the United States, and commercial entities all participated. South Korea and Spain had observers there.

Since you can’t wage war in or with space unless you know where you, your allies and your enemies are, that data will be a key part of what MDC2 copes with. That gives you some idea how enormous the challenges are of taking data, not just from the traditional air and space domains with which the Air Force is familiar, but also land and sea and cyber. Add in allies and the challenge will only grow.

The man charged with getting the Air Force ready to build MDC2, Brig. Gen. Chance “Salty” Saltzman should brief Air Force Chief of Staff Gen. David Goldfein about the service’s way ahead in the next few days. This and the other wargames may play a significant part in shaping those conclusions.

In the next article, we’ll cover the programs and technologies Lockheed is working with as it tries to address the imposing technical, scientific and cultural changes required to build the MDC2. Of course, Lockheed does not have a contract to build MDC2, but it is committing substantial resources to win it and is speaking publicly about it. We welcome any other companies who want to talk!

I attended the first two days of the wargame. All interviews with military personnel were done on background. Thank you to the Lockheed Martin Lighthouse leadership and staff for their courtesy and openness.