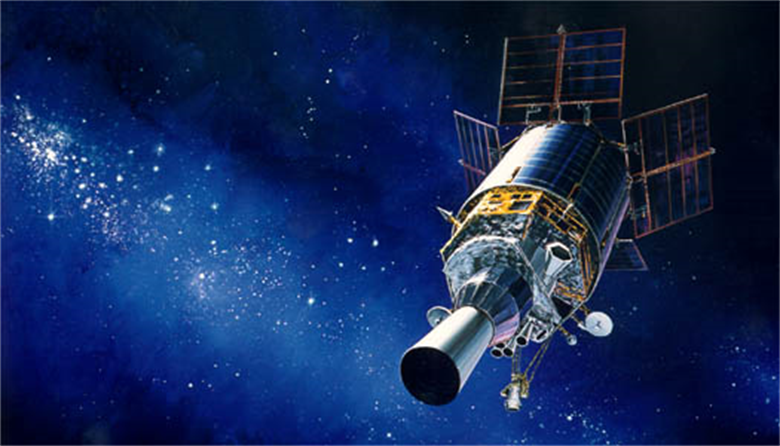 WASHINGTON: The NRO is slow rolling implementation of DoD’s effort to to improve space operations safety by lifting restrictions on the location of classified satellites, insiders say.

“The US is being more transparent, but there are still those Cold Warriors that can’t figure out that things are changing and insist on subverting policy they have been tasked to implement,” one frustrated expert told me. “They are effectively taking USG efforts to be transparent and instead making it look like we’re playing games and can’t be trusted—basically shooting ourselves in the foot.”

The most egregious act by NRO, experts said, is that despite DoD’s 2018 policy shift on satellite transparency, the spy satellite agency has refused to change its own policy of classifying orbital data for non-government satellites that share a rocket launch with any of its SIGINT satellite payloads — even hard to detect and track Cubesats (measuring 10cm X 10cm X 10cm — roughly the size of a Rubik’s Cube.)

“Most frustrating is the withholding of data for amateur and educational satellites (often Cubesats) that got rideshares on DoD or NRO launches,” the expert said.

Jonathan McDowell, an astrophysicist at the Harvard-Smithsonian Center for Astrophysics and a satellite tracker, agreed, and noted that withholding data about “innocuous Cubesats” is an especially big problem in Low Earth Orbit (LEO). LEO is becoming ever more crowded with small satellites.

Gen. John Hyten, head of Strategic Command (STRATCOM) in October 2018 signed a new policy lifting restrictions on access to basic orbital data about national security satellites “to enhance SSA [space situational awareness] data sharing, transparency, spaceflight safety, based on guidance in Space Policy Directive-3 to support the Department of Commerce’s transition as the lead U.S. authority for Space Traffic Management, and in support of our Space Partnership and Coordination Initiative,” according to the command’s website.

That decision, which stemmed from high-level discussions between Hyten, Air Force Space Command chief Gen. John Raymond (now also the commander of US Space Command) and then-NRO Director Betty Sapp in 2017, elicited shock from many steeped in the murky ethos of intelligence-related space. “People at the NRO and others hiding in unmarked cubicles in other parts of northern Virginia started breathing into bags like never before,” said one DoD source. “Regrettably, many of these types have been trying to undo the knots tied by Hyten, Raymond, and Sapp ever since.” 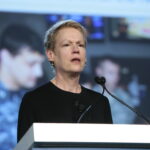 NRO, as usual, did not respond to two requests for comment by press time.

The 2018 transparency policy has meant that a number of US military and intelligence gathering satellites no longer have a formal “no elements available (NEA)” status, and thus now can be included in the US catalog of space objects (i.e., satellites and debris) maintained by the 18th Space Control Squadron (SPCS), as well as the public SpaceTrack database that is open to researchers and all space operators around the world.

“Under a 2018 policy to enhance SSA data sharing, transparency and spaceflight safety, the Joint Force Space Component Command is releasing additional data about some space objects not previously available,” said Maj. Cody Chiles, a spokesman for JFSCC. “We are committed to information sharing and cooperation in the space domain as described in Space Policy Directive-3 and through our Space Partnership and Coordination Initiative. The JFSCC will continue to share additional information in an effort to promote spaceflight safety and the sustainability of the space domain.”

Chiles said that since Oct. 1 last year JFSCC has “released data for more than 700 objects that were previously not available on www.space-track.org. The new data in the Satellite Catalog includes classical orbital elements (i.e., object apogee, perigee, period, and inclination) and other data necessary to determine the objects’ orbits.” He stressed that JFSCC is “committed to enhancing spaceflight safety through SSA data sharing, and we are always evaluating and looking for opportunities to share more information in order to enhance all nations’ ability to safely operate in space.”

Most recently, the JFSCC released so-called two-line elements (TLEs) for the Air Force’s Space-Based Infrared System (SBIRS) satellites that monitor missile launches, as well as the Navy’s Mobile User Objective Service (MUOS) encrypted military communications satellites. TLEs are the basic orbital parameters of a satellite’s position at a certain time, data which is updated periodically as new observations by radar and optical sensors are logged into the Satellite Catalog.

“It is a good step forward and one that is long-overdue,” said Brian Weeden, director of program planning for the Secure World Foundation (SWF) and a former Air Force officer working on SSA issues.

“The orbits of all of these satellites were already pretty well known, both through foreign tracking sources and hobbyists, because they’re large and several of them emit powerful radio signals,” he added, “so it’s not like [the previous secrecy] policy was keeping them hidden from the Russians or Chinese.”

This is despite the fact that it doesn’t take highly sophisticated equipment or knowledge to detect and track many of these satellites. Certainly, they are being closely watched by Russia and China, experts agree.

Some Breaking D readers may remember that in April we reported on data released by the Russian ISON Space Surveillance Network of astronomers led by the Keldysh Institute of Russia’s Academy of Sciences about GSSAP maneuvers close to non-US satellites. The data, provided to SWF for its April 4 “Global Counterspace Report,” showed that GSSAP satellites between 2016 and mid-2018 moved to within 10 kilometers of five Russian GEO-based satellites including two Raduga military communications satellites and the maneuverable Luch/Olymp, according to the data. GSSAP sats also parked within 15 kilometers of satellites from China, a Nigeria and Pakistan. A 10-kilometer separation between satellites in GEO is considered closer than normal but does not pose an imminent collision risk.

The NRO also has in the past come under criticism for failing to warn operators when one of its satellites malfunctioned, causing operators to lose control of it. For example, in 2009, the crippled DSP 23 drifted through GEO and in some instances came close to expensive commercial satellites, but no data was publicly released to inform operators of its demise. The satellite’s uncontrolled movement was first revealed by amateur space-watchers involved in the informal See-Sat network, and by ISON.

Somewhat puzzling, when TLEs were first made public for old spy satellites (some of which were launched as long ago as the 1960s), the JFSCC also released historical data on their positions. That historical data helps satellite trackers determine whether the satellites are still operational — which is useful if a potential collision is detected, as operators can then be in contact to coordinate avoidance maneuvers. However, that practice suddenly stopped without warning, experts said.

“That didn’t really change anything, other than the fact that we would now have to wait some months after release to build up a history to make the same determination,” one expert explained. But, the source opined, not only does this seem to show that some within the system do not “truly want to be transparent—even in the interest of safety of flight,” it also suggests “the people implementing these changes don’t actually know much about the data and how it can be used.”

Further, in some cases, JFSCC has removed the classified NEA status for a large number of satellites and pieces of debris, but failed to actually release the orbital data in TLE format to the online SpaceTrack database, said T.S. Kelso, who manages the Center for Space Standards and Innovation’s CelesTrak website of space object data. The Center is the research arm of AGI Inc.

In early December 2018, CelesTrak started noticing the release of data for some of the over 900 objects marked as NEA, he explained. Over the intervening months, data for roughly 200 former NEA-tagged objects has been released to the public. Another almost 200 objects have had their NEA status removed—in many cases some months ago—but no orbital data has been provided.

“The increase in transparency—particularly in the interest of safety of flight—is encouraging and we hope to see orbital data for the remaining 500 (200 of these objects have already decayed from orbit) released soon,” Kelso said.

In addition, Weeden noted that: “There continue to be mysterious drop-outs in the publicly-available data where nothing gets published for a day or two, then things start working again.” He summed up that despite progress, “I would say there’s a lot more the US military needs to do to boost global confidence in its role as the primary provider of SSA data, particularly for academic and NGO users.”

JFSCC says that it is still in the process of transition with the new policy. “We have been incrementally implementing the policy over time,” Chiles explained. “As soon as we have completed the initial transition, thus establishing a new baseline, information on new objects will follow the new policy.”