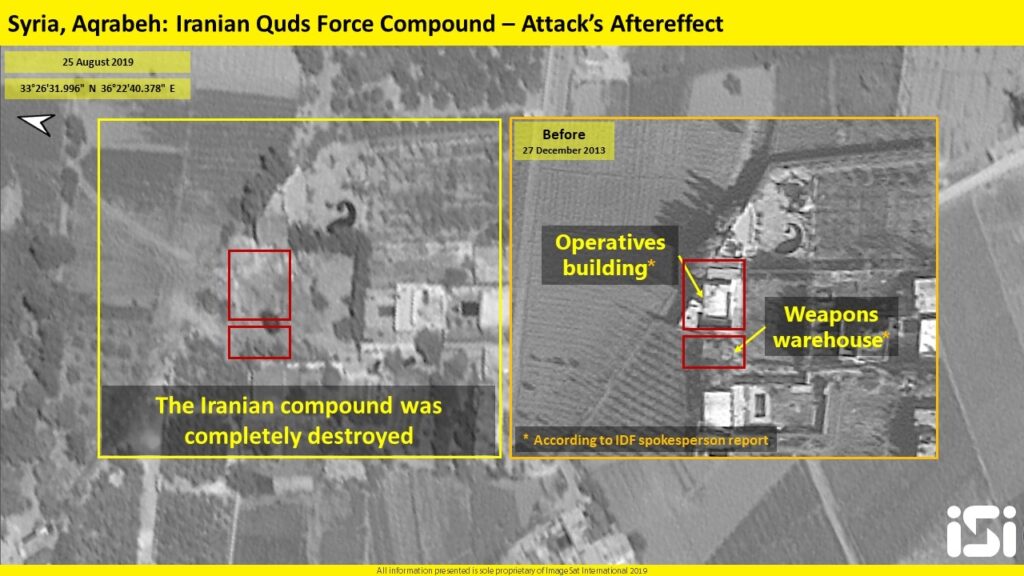 Israel, launching what sources described as a well-planned air attack on Iranian Quds Forces in Syria, thwarted what could have been a spectacular attack on Israel by swarms of armed drones.

The attack was apparently one of three carried out by Israel against Iranian targets over the weekend.

Israel initially jammed all communications between the drone operators and their weapons and then bombed the facility on the night of Aug. 24, Israeli sources say.

The aerial attack was based on real-time intelligence that IDF received from a long list of sensors, on the ground, in the air and in space.

The IDF’s Chief of Staff, Lt. Gen. Aviv Kochavi, said on August 25 that the planned attack included a number of explosive-carrying drones that were supposed to hit several targets in Israel: “The planned attack was under the direct supervision of Kassem Suleimani , the commander of the Iranian Quds Force. He funded and trained the Shiite activists who were supposed to carry it out.”

Iran sent the armed drones to Syria, accompanied by at least four experienced operators. Israeli sensors had spotted the Iranians a few days earlier near the border carrying the drones as they readied for the attack. The drones and the Iranians prepared the attack while hiding in a villa with a pool. The place was under continuous surveillance from the moment the Iranians arrived.

This is unlikely to be the last attack against Iranian forces by Israel. “Such attacks can be expected in the Gulf area if hostilities begin between Iranian and western countries forces in the region” one source said.

Israeli sources said Iranians recently developed the capability to perform such an attack using Yemen as a test bed. They turned Yemen into a big testing ground for all kinds of missiles and attack drones operated by their proxy, the Houthi rebels. 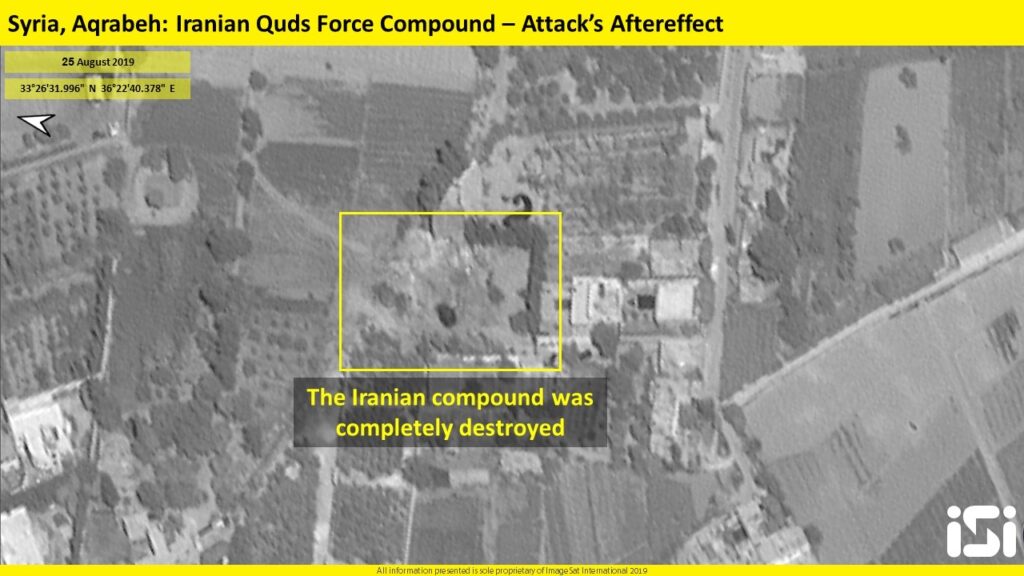 Israeli sources said that the armed drone pose a threat to all western forces involved in the Gulf crisis “and the impression is that not much has been done in the gulf region to be ready for it.” one source said

According to IDF sources, the decision to publicize details of the attack and avoid maintaining ambiguity as in the past was due to the fact that this time it was a specific terrorist attack rather than a military base used by Iran to transfer missiles and drones to Lebanon to be used by the Hezbollah terror organization.

“In a major operational effort, we thwarted an attack against Israel by Iranian Quds force and Shi’ite militias. I repeat: Iran has no immunity anywhere. Our forces work in every direction against Iranian aggression. I instructed to prepare for any scenario. To act against Iran and its affiliates with determination and for Israel’s security,” Prime Minister Netanyahu said.

Details are scarce about the other attacks over the weekend but they appear to have been strikes against Iran-made missiles in Syria on their way to Lebanon. Some of the targets were facilities for the upgrade of missiles from the Hezbollah arsenal.

A spokesman for the Hezbollah terror group said Sunday that an armed Israeli drone exploded outside the organization’s propaganda offices in the Lebanese capital of Beirut, causing some damage.

Hezbollah spokesman Muhammad Afif said a second drone crashed, causing no damage, and was being studied.

Another attack allegedly by Israel occurred on Aug. 25 against Iranian targets on the Syria-Iraq border.

Israel has not publicly reacted but Israeli sources said Aug. 26 that “Israel will hit any threat coming from Iran.”

The Iranian drone threat has been developed extensively in recent months with a focus on carrying more explosives and flying in large swarm formations to confuse detection and targeting.