TEL AVIV: The Israeli government just awarded the initial, $125 million contract of a planned 12-year, $280 million program to replace its tank-like M109 howitzers with Elbit’s wheeled ATMOS. About half the work will be done by Elbit’s subsidiaries and partners in the United States, a sign of how Israeli defense spending has shifted since Washington restricted its ally’s ability to spend US aid on non-US products.

The investment also shows how good old-fashioned 155 mm shells still play a vital role in a Mideast roiled by Hezbollah rockets and Iranian missile tests. Even in an age of smart weapons, when you need to bombard a target, it turns out that quantity still has a quality of its own. 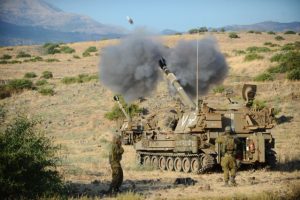 “Smart rockets and missiles are an excellent way of hitting enemy targets, but when the infantry has to force the enemy to retreat from a site, it needs the firepower of the artillery — which is relatively cheap compared with the new smart weapons,” one former commander of the IDF artillery corps told Breaking Defense. “Artillery is the best way of creating a smoke curtain around an enemy stronghold and keeping the enemy in the trenches by constant fire. Using smart weapons for these missions would cost huge sums of money.”

The US Army, facing off against the massive Russian artillery force, is also investing heavily in cannon as well as missiles. In fact, one of the Army’s most ambitious programs is a hybrid: a Strategic Long-Range Cannon that uses gunpowder to launch rocket-propelled projectiles with an intended range of over 1,000 miles.

More mundanely, the Americans are modernizing their venerable M109 Paladin howitzers in two stages. First, the Paladin Improvement Program (PIM) is currently rebuilding the hull with an all-new engine, transmission, and suspension. Next, the Extended Range Cannon Artillery (ERCA) effort will upgrade the gun with an automatic loader and longer barrel. While the first M109s entered service in 1963 and fought in Vietnam, there’s very little of the original vehicle left after seven generations of upgrades.

So why aren’t the Israelis just upgrading their M109s again, which they’ve already repeatedly modernized since they first saw action in the 1973 Yom Kippur War? First of all, compared to America’s, the Israeli machines are older and increasingly worn out: Many entered IDF service second-hand after long, hard service in the US. Second, the M109 is tracked, like a tank, and while that allows it to carry more armor than a wheeled vehicle and move over rougher terrain, it also makes it more labor-intensive and expensive to maintain. Wheeled vehicles, while generally less well protected and less mobile off-road, are also cheaper. 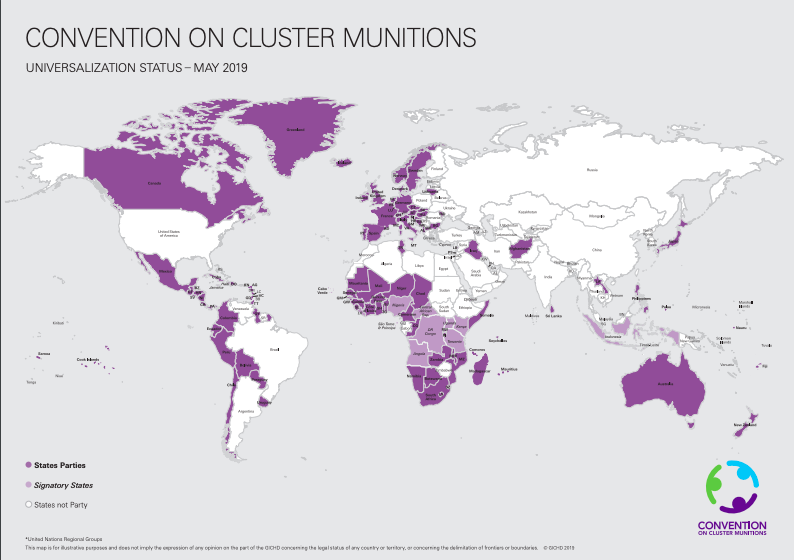 From German Guns To Israeli Ones

Now, the Israelis had originally considered a German system, the Artillery Gun Module, which Krauss-Maffei Wegmann (KMW) offers in both tracked and wheeled versions. But the Israeli government is increasingly concerned that foreign governments will either forbid sales to Israel or, arguably worse, allow the initial sale only to cut off technical support in protest against some operation that caused civilian casualties. Germany in particular has been so quick to halt arms deals, notably with Saudi Arabia, that it’s aggravated their frequent partners on defense programs, the French.

The potential for sanctions is especially acute when it comes to artillery, because Germany is one of 120 nations to have signed a global ban on cluster munitions, while Israel has not. Israel used these wide-area weapons extensively in the 2006 war in Lebanon, reportedly leaving behind enough unexploded bomblets to kill roughly 40 people after hostilities ceased. While Israel has developed new cluster munitions with a lower dud rate, senior officials feared that would not satisfy the scrupulous Germans.

So Israel turned to a domestically built alternative, Elbit’s ATMOS, a contrived acronym for Autonomous Truck Mounted howitzer System. (Like the KMW gun and the M109, ATMOS uses NATO-standard 155 mm shells). Now, to comply with new US rules requiring most Foreign Military Financing aid to be spent on US companies, half the work is done in the United States. The US had signed the Cluster Munitions Convention and even started destroying its cluster stockpiles, to the dismay of military analysts worried about Russia — but the Trump Administration stopped that process and kept the weapons in service. That decision and the close US-Israeli relationship apparently gave Tel Aviv the confidence to buy a system 50 percent built in the US.

The sole-source contract is a big deal for Elbit, which has exported variants of ATMOS to multiple countries — most recently Thailand — but had not originally targeted the domestic market in Israel. The IDF has requested some classified modifications. What we can say with confidence is that the wheeled ATMOS will be easier to maintain than the aging tracked M109s and will feature much more automation, including a mechanical loader, that reduces the gun crew from 10 on the M109 to just four. Meanwhile the range will increase to 41 kilometers (over 25 miles), almost identical to the American ERCA — making good old-fashioned cannon more competitive with missiles.