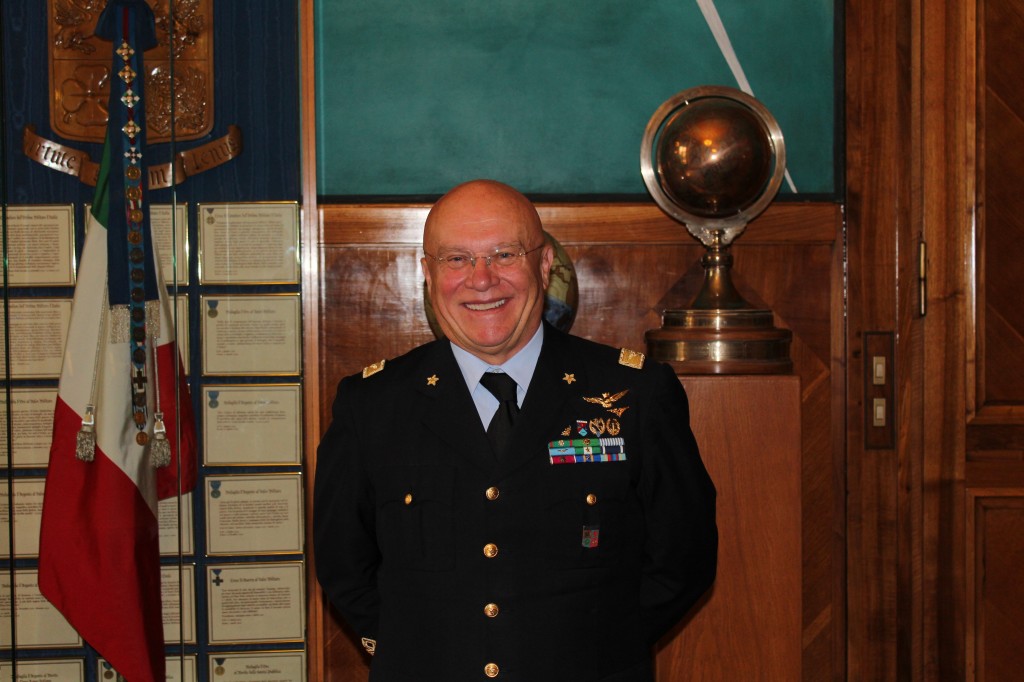 Lt. Gen. (ret.) David Deptula noted the crucial importance to the United States of an expanded role of coalition airpower at a key fighter conference in London. “the future needs an agile operational framework for the integrated employment of allied military power,” Deptula said.  “Multi-nationality may be the only way to meet our fighter force requirements.”

Clearly, some key U.S. allies feel the same way, including the Chief of the Italian Air Force. Lt. Gen. Pasquale Preziosa who laid out his perspective during my visit to Italy last month.

“Partnerships are changing; continents are working to get closer and to work more effectively with one another. But there is a governability shortfall in managing the new challenges, and in such areas of shortfall the problems appear. There are continuing conflicts within and among continents, but there are also new patches of emerging challenges within the seams of the global system whereby terrorists, organized crime or forces of instability grow and disrupt.”

Those changes, he thinks, result in greater range and distance of erupting threats, so airpower needs to be modified.

“We now need to have assets which operate in a distributed manner with coalitions engaged to deal rapidly with problems. The advantage of airpower is its reach, speed and mobility. The challenge is to coalesce capabilities to put resources rapidly up against threats and challenges early enough to deal with them,” the general told me.

The F-35 is an information warfare aircraft, one built to operate very differently from existing aircraft.

“This is an information warfare airplane which can share data across a fleet of global players.  The reach of the F-35 means that my planes operating in the Western Mediterranean can receive data from throughout the region. And it is a plane with coalition designed into the aircraft.”

Because the aircraft is so different from what has come before, concepts of operations and tactical tricks will have to be learned and invented.

“We will start with the plane and operate in a more traditional manner. But the new pilots will learn how different it is and will shape new approaches. When I started with an F-104 and then we transitioned to the Tornado, we applied the F-104 tactics to the new Tornado,” Preziosa said. “We did not focus on the presence of the second man in the cockpit, the navigator, and needed to shape new approaches to use the new capabilities built into the Tornado. It will be similar as we transition from legacy aircraft to the F-35.”

The difference is that the change will even be more disruptive and more radical.

“Command and control capabilities are built into every cockpit of the F-35; the challenge will be to leverage those capabilities and the distributed decision-making capabilities inherent in a fleet of F-35s.”

He underscored that a strategic shift towards pockets of defense and security challenges around Europe, Africa, Mediterranean and the Middle East mean that Europe, the United States and others needed to shape collaborative approaches to insert airpower rapidly.

“The fusion system built into every cockpit will allow shared coalition decision making that is required for the kinds of multi-national operations which are becoming the norm.  We are not fighting in mass; we are applying tools rapidly and directly to discrete problems and challenges,” Preziosa told me. He saw the approach at Cameri where it is part of a global production and sustainment system as symmetrical with the new strategic realities as well.

“Australia, Japan, Italy, the UK, the U.S. and others will share their production and sustainment capabilities for the F-35 and learn how to apply lessons learned from the use of a coalition aircraft in dealing with the evolving 21st century problems. This is not yesterday’s aircraft being applied to the challenges of the next 30 years; it is about reshaping concepts of operations for coalitions meeting the evolving new challenges and operational requirements,” he said.

The Italian Air Force chief emphasized that the presence of Australia in Afghanistan demonstrated that a country far from a geographical area can move forces into a theater to deal with a threat identified by a coalition with which it works: “We use airpower for virtually everything to support the guys on the ground.  They rely heavily upon airpower to deliver the ordinance to protect them and to engage the enemy.”

Although no mention was made of the A-10, one of the eight allied aircraft the F-35 is designed to replace, the general argued that: “We will discover the new dimension of airpower using this type of aircraft.”

The fact that the F-35 is basically a built-in coalition aircraft was a key theme of his discussion.

“Interoperability is built into the aircraft; we use the same combat systems; we fuse data the same way; we have the same symbiology in the cockpit.  It will be up to the new generation of pilots and squadron leaders to figure how to maximize these inherent advantages.”

He emphasized the importance of cultural change: “We older pilots adapted to the information revolution. The new pilots are native to that revolution. They will learn differently and this plane is designed for them.”

We closed the interview by discussing the mix of F-35s being bought by Italy and the plane’s sustainment.

“We studied the issue carefully and for the kind of missions we face we needed the flexibility which the B can add to the fleet. We need to go to the mission — not the airfield. We will operate in many areas where there are only short runways; the B allows us to operate in those conditions.

“We can mix the fleet and operate at sea on land, on our own ships or own others.  It is the kind of flexibility, which we see as crucial to a 21st century setting. I will give you an example of what we don’t want. We planned to operate with the US Marines in Afghanistan. But we were three months later in the deployment than we intended because our Tornados could not operate in the same conditions as the USMC.  We had to take three months to build out the air base from which we would operate with them. Time is crucial to many of the missions in which we will be engaged. The Bs give me a more rapid insertion aircraft.”

The second issue is the impact of the F-35 on the legacy fleet.  Although the F-35 provides for a new approach, clearly the Italian Air Force and every other F-35 partner will look to use legacy aircraft for quite a while until the full F-35 fleet is ready.

“This is an important issue.  One way to think about the way ahead is to continue to use fourth generation aircraft in surging mass to more classic airpower situations.  One would use the F-35 as the key asset up against the distributed operational settings or for operations in denied air space. Another way to look at it will be to find ways to gain more synergy between the F-35 and the legacy fleet. How,” he wondered. “can we better utilize our older assets during the process where the F-35 fleet becomes a reality? Shaping combinations of 4th generation with the F-35s will be a mix and match opportunity in tailoring airpower to the missions ahead.

“This is a challenge; but it is a key task within which the F-35s will make the legacy aircraft more effective; and the 4th generation aircraft will add support and strike capabilities to an F-35 enabled air power force.”

He clarified that when he spoke of airpower he was not simply speaking about the air force. All of the services are enabled by airpower.

“The Navy is not defined by its ships but by its operational reach and this comes with airpower.  The Army tends to think of airpower in terms of their helicopters, but Afghanistan teaches a different lesson. Continents are working together; why not the services?”

He concluded by emphasizing that the line between those countries that operate in the fifth generation and those that don’t will be more than just a line in the sand: “It will first of all be about survival.  Do you want to be the eagle or the chicken in an airpower confrontation?”

Robbin Laird, an international defense consultant and owner of the Second Line of Defense website, is a member of the Breaking Defense Board of Contributors.