Italy’s Air Force Chief On The F-35, Eurofighter And Predator 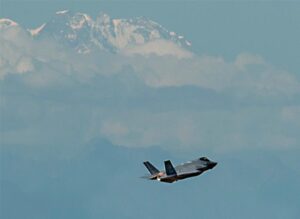 Italy’s Air Force, like that of Britain, is undergoing a double transition as they bring together the F-35 and the Eurofighter.

I met with Air Force Chief of Staff Lt. Gen. Pasquale Preziosa and discussed Italy’s way ahead. For Preziosa, the close relationship with the British is important in learning how to accomplish both Eurofighter modernization and working with the F-35.

The support comes in three parts. First, there is a Final Check Out and Assembly facility, where there is the possibility for assembling Italy’s F-35As and F-35Bs, as well as those for other European F-35 partners, with the first one being the Netherlands.

Second, there’s a wing construction facility where Italy will build a minimum of 835 full wings for the F-35 program. The first wing has already been installed on an American F-35A. Third, there are 22 buildings with more than a million square feet of covered work space to build out support for F-35s operated by the US and allies in Europe.

Given how busy the Mediterranean and the Middle East are as operational areas, the Cameri facility can provide significant operational support to the F-35 fleet in the area.

For Preziosa, the F-35 is really a different type of plane in ways probably not well captured by the term fifth-generation aircraft. “The F-22 and the F-35 are called fifth-generation aircraft, but really the F-35 is the first airplane built for the digital age, we are rapidly moving from the dog-fight concept to the data-fight evolution of the broad utilization of air power. It was conceived in and for that age, and is built around the decision tools in the cockpit and is in fact a ‘flying brain.’

“It is a multi-tasking aircraft, and fits well into the iPhone age. Other aircraft – with the exception of the F-22 – are built to maximize out as multi-mission aircraft, which execute tasks sequentially and directed to do so.

“The F-35 fleet thinks and hunts and can move around the mission set as pilots operate in the battlespace and leverage the data fusion system,” the general said. “It is a battlespace dominance aircraft; not a classic air superiority, air defense or ground attack aircraft. It changes the classic distinctions; confuses them and defines a whole new way to look at a combat aircraft, one built for the joint force age as well. The Army and the Navy will discover, as the F-35 fleet becomes a reality, how significant the F-35 is for their combat efforts.” 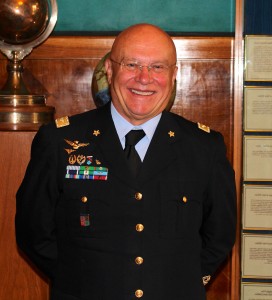 Among the things that set the F-35 apart from other fighters, General Preziosa focused on its passive sensors.

“The passive sensing capabilities of the F-35 fleet is largely ignored in the public discussion of the F-35; but this unique combat capability will be crucial in the period ahead to establish air dominance and the kind of combat effects we want to shape and execute,” he said. “Related to and separate from this is what can be called the ‘off-boarding revolution’ whereby the F-35 operates in the battlespace and enables the payload deliverers whether in the Air, Sea on Land to deliver the kind of kinetic effect we would want.” 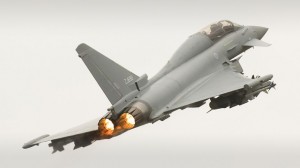 “There is nothing static in airpower; there is always a fluid dynamic, and the F-35 provides a benchmark for now for air power excellence and for several decades moving ahead we will leverage the decision tools and multi-tasking capabilities of the F-35 as well add capabilities to our Air Forces,” the general said.

We discussed the recently announced deal with Kuwait to buy Eurofighters. He said the professionalism and competence of the Italian Air Force were key factors in the final decision.

Preziosa noted that the Kuwaitis were clearly aware of the work the RAF and Italy were doing to ensure that F-35 and Eurofighter would be able to work together. They also focused upon the training infrastructure in Italy and the maturity of the Eurofighter support structure as important elements of down selecting the Eurofighter for the Kuwaiti Air Force.

And, of course, the Saudi use of Eurofighter and their own positive views of the Saudi experience in current Middle Eastern operations played a part as well. The Saudis have relied heavily on the Eurofighter in current air campaigns in Yemen.

A final topic for discussion was the operation of Predators by the Italian Air Force in Djibouti. Here the Predator enterprise (if one might call it that) had already shaped ways to share data, and the data sharing arrangements with Predator presaged some of the ways the F-35 fleet will also share data: “Predator is an important building block moving forward in 21st century air operations, and our data sharing capabilities have provided crucial information to shape combat decisions.”

It should be noted that Italy is the only NATO Air Force to have performed all NATO Interim Air Policing (IAP) missions in Slovenia, Albania, Iceland and the Baltic.