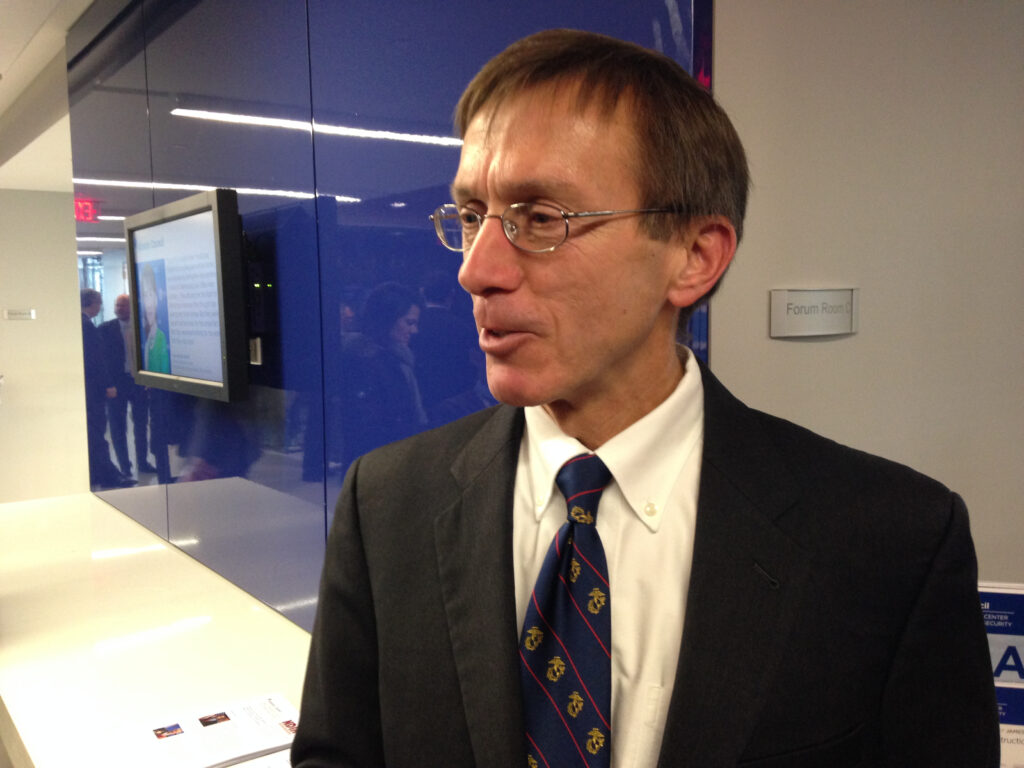 WASHINGTON: One of the Pentagon procurement system’s top officials and one of its harshest critics sounded optimistic today that the military can improve how it buys weapons. The key, both said, is for Congress to repeal old laws that now get in the way before it writes anything new — an idea to which the new chairman of the House Armed Services Committee, Mac Thornberry, might be very receptive.

“We really don’t need more legislation, we don’t,” said Sean Stackley, assistant secretary of the Navy for research, development and acquisition. “Any legislation we get is going to beget more bureaucracy which is going to have the exactly opposite effect [from what’s intended].” So when then-Senate Armed Services Committee chairman Carl Levin (now retired) and Sen. John McCain (now chairman) asked for advice on acquisition reform, Stackley said, “my response to Congress was please, don’t give us more, give us less in terms of legislation.”

“My prayer for relief — much in line with NDIA’s recommendation for a ‘zero-based review’ – is that the Congress first consider rolling back past legislation that encumbers our ability to do our jobs,” Stackley said.

NDIA is the National Defense Industrial Association, which co-sponsored today’s event at the Atlantic Council and whose chairman, retired Marine Corps two-star Arnold Punaro, introduced Stackley with high praise this morning. The famously blunt Punaro is also a no-holds-barred critic of the Defense Department acquisition system.

“Tongue in cheek, of course, I said, ‘put a match to it and start over,'” Punaro told me. “That would be a good way to do it, ’cause then you’d start from scratch, [but] that’s not practical, that’s not politically feasible. So in our recommendation that the Congress [i.e. Levin and McCain] asked us for, we talked about sunsetting these provisions” over time.

“[We] gave the Congress a couple of alternatives,” said Jon Etherton, a veteran Hill staffer who led the acquisition reform study for NDIA. The “sunset” plan basically puts legislation on Death Row: Congress would pass a law saying that such-and-such a set of acquisition statutes would expire as of a certain date, giving itself time to change its mind — say, by reforming a law instead of repealing it — and the Pentagon time to adjust.

Etherton personally would prefer the second alternative in the study: Give a panel of experts a few years to go over the entire body of acquisition law and come back with a holistic package of changes. The model would be the so-called “Section 800 Panel” that laid the groundwork for the 1994 Federal Acquisition Streamlining Act (FASA). But when Etherton took that “new 800 panel” idea to Congress last year, he told me, the response was less than enthusiastic. A sunset-on-autopilot approach, by contrast, gives legislators some political distance from the decision, much like a base closure round or sequestration.

However you do it, said acquisition expert (and Breaking Defense contributor) Bill Greenwalt, “the underbrush definitely needs to be cleared out” — but it would be a bad mistake, he said, to consider that purely Congress’s problem. “More than half, if not 75 percent, of the problem is the byzantine process the Department of Defense inflicts upon itself,” Greenwalt told me. “If you’re going to ‘zero-base’ the process, start zero-basing internally.”

Acquisition Undersecretary Frank Kendall is doing some of that already, said Punaro: “They asked us, ‘OK, here are these 400-plus regulations, come in and tell us which ones are counterproductive.’ So there’s a lot going on there. It never moves as fast as we would like.”

Greenwalt was far more skeptical of Kendall’s efforts. The undersecretary’s vaunted “Better Buying Power” program, Greenwalt argued, has only added more layers of process instead of streamlining acquisition — and that’s entirely self-imposed, not the result of statute.

“Stop blaming Congress,” said Greenwalt, himself a former Hill staffer. Even when Congress writes flexibility into statutes, Pentagon bureaucrats interpret them as narrowly as possible for fear they might otherwise get in trouble — especially when taking the shortcut requires someone signing their name to a formal justification. As a result, he said, “the department never really uses the flexibility the Congress gives them.”

“I think that’s right,” said Etherton, “[but] it shows the problem of trying to manage things by exception.” Congress may legislate an emergency bypass around the standard, sclerotic acquisition process, he said, but bureaucracies don’t like to deviate from what’s standard. What’s more, there’s a certain due deference to Congress, he said, a desire to adhere to the (perceived) intent of the law rather than exploit a loophole. If you really want the bureaucracy to behave differently, you can’t create exceptions to the normal process, you have to change what’s considered the “normal process” itself.

Punaro was optimistic that such change is possible, despite all the gloom over sequestration. “I think the stars are aligned,” he told me. In the Pentagon, he said, there will be experienced, reform-minded acquisition experts in key jobs from Secretary-designate Ash Carter to Under Secretary Kendall to the three service acquisition chiefs: Stackley for the Navy and Marines, Heidi Shyu for the Army, and Bill LaPlante for the Air Force. Congress will have hardcore reformers running both authorizing committees, McCain in the Senate and Thornberry in the House. And even industry, “which usually views this with great skepticism,” is onboard, he said.

In previous efforts at reform, Punaro said, of the three key players — Pentagon, Capitol Hill, and industry — “somebody was always dragging their feet. This time you’ve got everybody saying we’re going to make forward progress together.”

Progress on procurement isn’t just a good-government measure: It’s a strategic imperative. “We must improve our ability to rapidly respond to emerging threats,” said Stackley. “It’s unacceptable that the development cycle of our major programs… is unable to keep pace with the threat.”

“We need to be able to go outside the [standard] process to rapidly respond to the urgent needs of the combatant commanders,” Stackley said — and in some places the Pentagon is doing that. The Navy rapidly fielded “a transportable electronic warfare module” to stop cruise missile attacks, he said; it accelerated development of new anti-torpedo defenses in time for the carrier George H.W. Bush to carry them on its latest deployment to the Persian Gulf; and it’s working on countermeasures to the Chinese DF-21D anti-ship ballistic missile.

But with the Pentagon’s new Offset Strategy launched because the US miltiary’s technological advantage is eroding, rapid innovation needs to become mainstream, not an exception. That requires major reform.