‘Last Bill That Works:’ End Of An Era For National Defense Authorization Act? 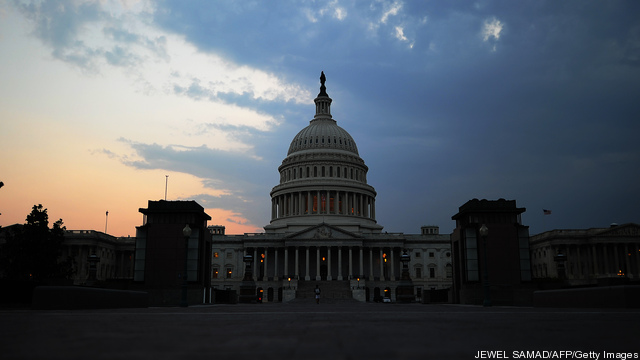 Bill Greenwalt played a major role in crafting the defense policy bill — the National Defense Authorization Act — each year for almost a decade, helping to squire the bill through the personalities and politics of the ever-fractious Senate. Now the muzzle is off — he’s a defense expert at the American Enterprise Institute — and Bill can offer us the hard-earned wisdom he garnered on the Hill, in the Pentagon and in industry. With the current sad estate of affairs on Capitol Hill — mindless partisanship, sequestration deadlock, poll rankings in the single digits, rudderless leaders — Bill looks at perhaps the last single bill Congress can usually pass on a bipartisan basis, the NDAA. Is the process that made the bill a model — for the US Congress — of reason, commitment and patriotism now dead? Read on, MacDuff (apologies to The Bard). The Editor

The Senate returned to work yesterday and Senator Levin, chairman of the Senate Armed Services Committee (SASC), and Buck McKeon, chairman of the House Armed Services Committee (HASC), announced a deal on the National Defense Authorization Act (NDAA) for fiscal year 2014. For those who still hold out any hope that the Congress can work in the face of ever-rising partisanship and a massive breakdown in comity, this agreement is bittersweet. While the deal offers a way forward, it appears that Senate leadership support for the bill is waning which will make it harder for the NDAA to pass in future years.

It is obvious now that the passage to the floor for the Senate NDAA had been blocked. The managers of the bill, Senators Levin and Inhofe, did not have any luck in their negotiations with their respective leadership to reach an agreement that would allow the bill to be completed on the Senate floor.

The odds were never in their favor. It has always been a challenging task to broker a deal to limit amendments and debate on the Senate version of the NDAA. It is now even harder since Senator Reid exercised the “nuclear option” on changing the filibuster rule in the Senate. The only alternative was to end-round Senate floor action (just as was done in 2010) and negotiate a more streamlined bill with the House that can hopefully pass the Senate by unanimous consent or after limited debate.

For the 52 years that the NDAA has been in existence, it has looked many times as if the bill would not make it over the goal line. In the end, cooler heads prevailed to ensure final passage and necessary compromises were reached. This time was different. The toxicity of the political environment and the absence of a bipartisan defense consensus meant the Senate did not spend the necessary time to debate the bill. It just did not seem important enough to the Senate leadership to justify spending the political capital.

While there are some in the Pentagon and industry who believe that the NDAA does more harm than good, the failure of the NDAA process would be catastrophic. The NDAA is one of the last remaining relics of bipartisan consensus and is perhaps the last bill, the last legislative process, that still actually works. It is the example of what regular legislative order in Congress looked like before power was increasingly concentrated in the hands of party leadership.

The NDAA process is remarkable because it has delivered a law on an annual basis since 1962 — year in and year out. It works despite the peculiar rules and culture of both the House and the Senate, and it not only respects the role of the minority in both chambers, but also actively encourages their participation in the final negotiated outcome. Not everyone gets what they want, but the process works and it works on a bipartisan basis.

The hardest part each year occurs on the Senate floor. The working rule of thumb has been that the NDAA requires at least three weeks of Senate floor time where at least 200 amendments will be filed and nearly half of them will be cleared and accepted into the bill – mostly by unanimous consent, but a handful requiring a vote. The compromise necessary to clear amendments provides the impetus for both sides of the aisle to push the bill over the finish line, as nearly every Senator then has some stake in the bill.

To be successful each year, both parties must address on the Senate floor several difficult and controversial topics they’d rather avoid [sexual assaults in the military was this year’s biggest hurdle — The Editor]. These are the shoals that the NDAA crashed upon. It is obvious that Senate leadership did not want to have those debates. But if not now, when? Iran sanctions, sexual assault, and health care are this year’s most controversial issues, but in past years, similar controversial issues both within and outside the jurisdiction of the SASC have been successfully addressed in the bill on the floor of the Senate. Not having these debates merely delays the inevitable and likely sentences other legislation to meet a similar fate as the NDAA.

It is understandable why the HASC and SASC went to Plan B to pass the bill. The NDAA is the mechanism for the Congress to provide oversight of and guidance to the defense community. In additional to reauthorizing expiring authorities, there is now a need for new legislation to streamline business practices to enable to the Pentagon to operate under more stringent budgets. This legislation is never perfect, and it is essential to fix past mistakes and update the law to meet new and changing national security circumstances. Only an annual authorization process allows that type of incremental oversight and reassessment to happen.

Over the last several decades, this kind of Congressional oversight has become an anomaly, as most authorization committees were unable to pass annual authorization legislation and became increasingly irrelevant. The defense bill was left as the last policy bill that was successfully completed each year. As such, the NDAA enjoyed the status of a “must pass” bill along with the individual appropriations bills. In recent years, however, even the appropriations bills have had trouble moving off the Senate floor unless tied together in an omnibus package or contained in a continuing resolution brokered by leadership at the last minute in emergency session.

Sensing what it would do to the remaining ability of the Senate to pass legislation like the NDAA, it should come as no surprise that of the three Democrats who voted against the “nuclear option” last month, one was the chairman of SASC. Senator Levin continues in the tradition of long-serving SASC Chairmen to include Senators Russell, Stennis, Nunn, Goldwater, and Warner who understood the importance of Senate rules and process and the need to address minority views and rights to successfully enact legislation each year. Today, Senators Levin and Inhofe cannot be accused of throwing their party’s principles overboard, but they do know how to cut a bipartisan deal when national security is involved. That art is becoming increasingly lost in Congress.

In today’s environment, the one way left to cut that deal is to bypass the need for the passage of a Senate unique bill. Over the years, the HASC and SASC have been able to continuously pull a rabbit out of the hat to maintain the relevancy of the committees and address the needs of U.S. servicemen and women. The current agreement while necessary is however a regretful partial solution that does not bode well for the future of the committees or the legislative process. It also still has to be tested on the Senate floor. A unanimous consent agreement will likely be needed in the Senate and it seems premature to assume that those who were unwilling to give their agreement to passage of the bill this week will somehow give their agreement now. The informal “conference” agreement while important may not yet be the end of the saga for this year.