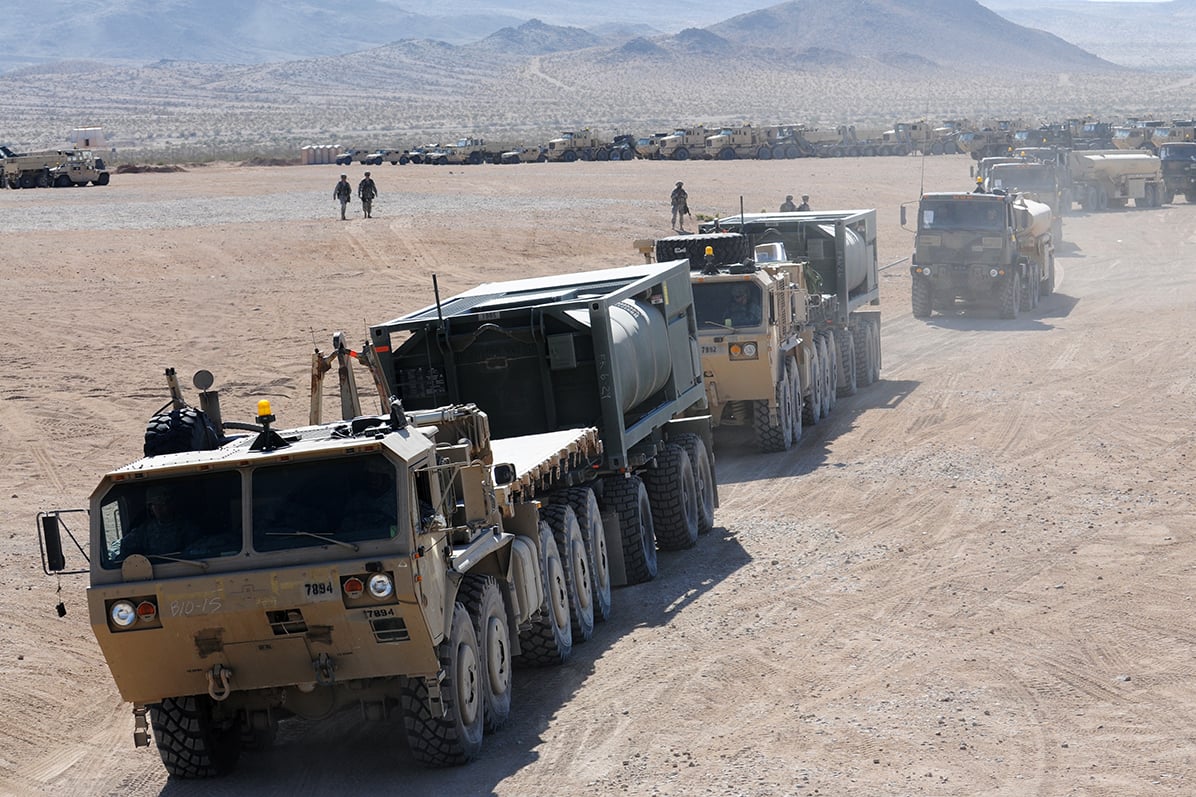 DARPA plans to use machine learning and agile software development to remake the Defense Department’s logistics and supply chain operations.

The goal of the $55 million, 43-month program is to move from a lumbering behemoth that often puts the wrong parts in the wrong place or doesn’t have what’s needed at all, to one that is driven by real-time warfighter demands, provides situational awareness through diagnostics, and can predict future state needs through prognosis.

The LogX program, as it’s known, is designed give users an “insight-as-a-service” capability with software applications to make decisions that address mission needs (commonly known as a “pull” model because users pull what they need toward them) rather than materiel being “pushed” out to the field by the logistics industrial complex whether it’s needed or not.

LogX “is likely to involve a migration to cloud-based infrastructure and data centralization,” according to a Broad Agency Announcement issued in June.

“At one end of the enterprise today is the Defense Logistics Agency; their ability to have insight into what the demand is at the tactical warfighting end is not very good,” LogX Program Manager John Paschkewitz told me. “Indeed, there are literally thousands of different individualized information systems that handle specific business processes or parts of the logistics enterprise.

“What we’re looking to do is focus in on a set of specific problems or queries that (address the) end-to-end threat and achieve an operational tempo. We’re not trying to boil the ocean and solve the logistics enterprise.”

Instead, it’s about helping commanders at the tactical level understand their actual logistics status, and use that operational view to dynamically pull supplies to areas of need. Paschkewitz compared  the process to how Walmart and Toyota manage their logistics and supply chain.

“Just-in-time is great if you have a fairly stable environment where people aren’t trying to break your supply chain,” explained Paschkewitz. “Toyota has extremely good visibility deep into their supply chain (and) good visibility forward into their demand through their dealership network and sales channels. They’re able to dynamically move things around in their supplier network to accommodate fluctuations in demand.

“However, when (the nuclear power plant accident at) Fukushima happened, it caused some really severe disruptions in Toyota’s supply chain because many things went off line in Japan for a few months. So that just-in-time system — while it’s very informed and responsive — is also not terribly resilient to being disrupted. What we’re after is a system that has that effective visibility, but also the resilience to accommodate fairly severe change in the context of (our military) environment.”

In Paschkewitz’s Fukushima example, impacts and disruptions that ripple through one part of the system simply weren’t understood by the other parts. The LogX program will attempt to fix that in three phases.

Phase 1 will be an 18-month period where a minimum viable prototype will assess diagnostic (understanding supply chain status) and prognostic (predicting future status) capability at month six using a government-defined test case applicable to two potential users such as the Marine Corps Installation and Logistics and Transportation Command. A series of eight-week sprints will follow to improve the software, using agile development techniques to address a range of additional test cases, and adding a third user organization by month 12.

By the end of Phase 1, the program should demonstrate an ability for military organizations to understand logistics needs at the tactical edge, plus have visibility into commercial shipping. The DARPA program should also be able to anticipate and mitigate a “ripple” scenario where disruptions cascade throughout the system, as well as the “bullwhip” effect, when local decisions are made without regard to the state of the larger, global enterprise, “causing catastrophic swings in stock”.

DARPA anticipates a February start for the LogX program.