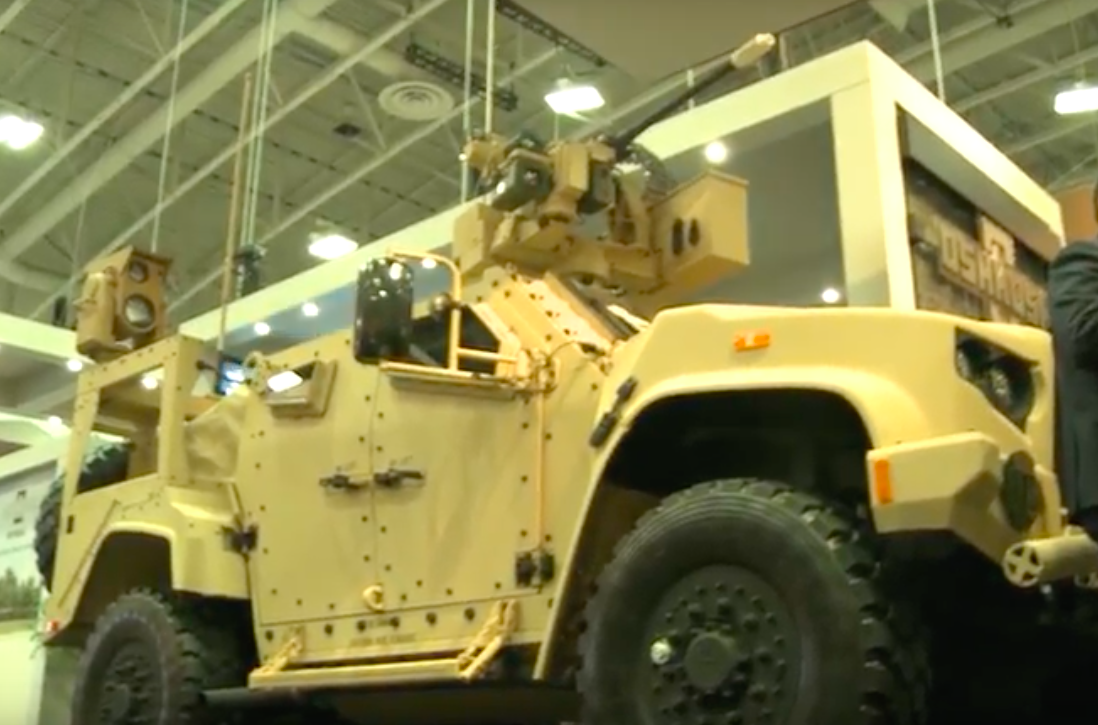 WASHINGTON: As the Marine Corps prepares to wrap up the first deployment of its innovative mobile counter-drone system to the Middle East, the service is rushing ahead to put lasers on a ground vehicle, with an eye to shooting down drones.

While the deployed Light Marine Air Defense Integrated System — mounted on two Polaris MRZR all-terrain vehicles — can move quickly and electronically jam drones, the Marines are looking for something a little more…well, kinetic.

They hope they’ve found it in the Compact Laser Weapons System (CLaWS) program. It is the first ground-based laser approved by the Pentagon for use by ground troops.

Marine Lt. Col. Ho Lee, product manager for Ground Based Air Defense Weapons Systems, said in a statement that the CLaWS program has been developed, troops trained on it, and its been fielded for testing all in about a year’s time, a timeline the Corps is hoping will get the system fielded in a relatively short time period.

“We’ve been doing rapid prototyping, rapid delivery,” Lee said. “With this and a lot of the other efforts we are doing, we are using items currently available and integrating them to meet a capability. Little development, if any, went into this.”

Back in 2017, Boeing began developing the system in 2-kW, 5-kW and 10-kW configurations. But it’s unclear which version the Marines are testing. The Army has already placed a version of the weapon on a Stryker for testing in Europe, while the Marines last year showed it off on top of a JLTV.

The idea is to get the system in the field as part of a larger, integrated air defense system that can protect deployed troops from DIY drones to more sophisticated models built by nation states. 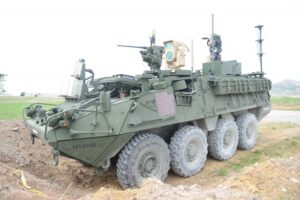 Despite the Pentagon’s National Defense Strategy which prioritize equipping the force for competition with China and Russia, out in the world, there are still 15,000 US troops in Afghanistan, 5,000 in Iraq and somewhere around 2,000 in Syria, all of whom are in range of small, DIY drones made by insurgent groups or second-tier states.

In Syria, Iranian-made drones operated by the Asad regime have dropped small bombs near US troops, and US aircraft have been forced to shoot them down using aircraft that launch expensive missiles, creating a cost imbalance that favors the other side. Islamic State fighters in Syria and Iraq have also long weaponized small commercial quadcopter drones to drop small munitions on Iraqi troops and US-backed fighters, who have little to no protection against them. The Taliban has filmed attacks on Afghan outposts from a collection of drones, as well.

“We will never deploy again to a theater of operations where we are not under threat from unmanned aerial systems,” UK’s Maj. Gen. Felix Gedney, former deputy commander of US and coalition troops in Iraq and Syria in 2017-2018 said recently. “Both those high-end systems of our near-peer competitors, and lower, off-the-shelf, botched-together systems that are developed by asymmetric enemies. And we need to get used to that.”