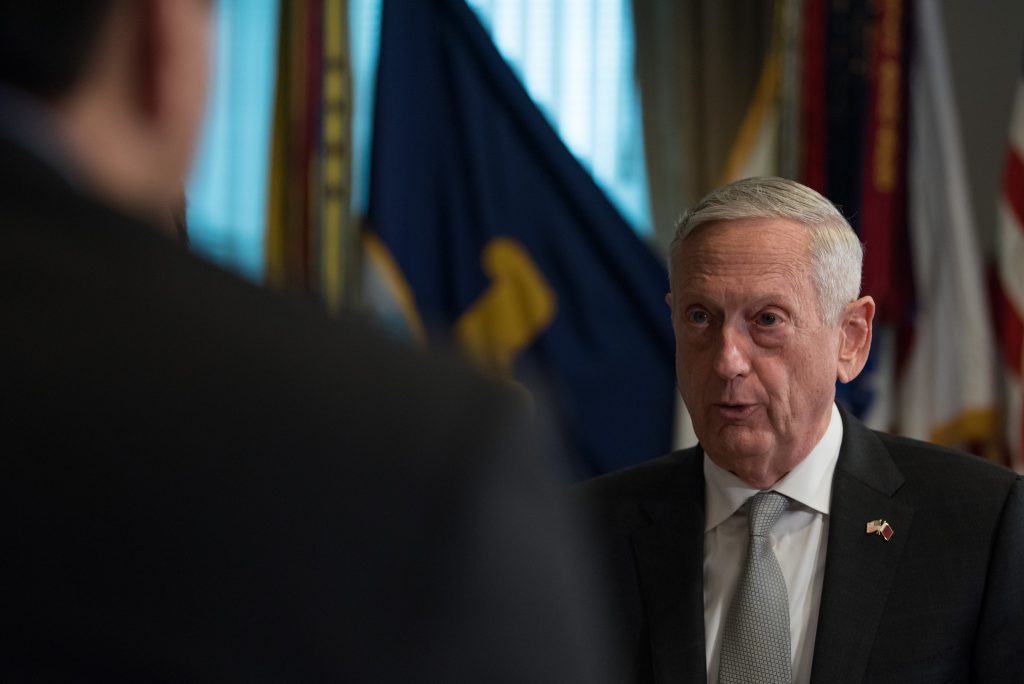 The secretary’s statements come one day after President Trump chatted on the sidelines of the G20 summit in Argentina with Putin, this after Trump cancelled a planned longer meeting between the two. Trump had cited Russia’s seizure of Ukrainian navy ships in the Sea of Azov.

“There is no doubt the relationship [between the US and Russia] has worsened,” Mattis said, adding that Moscow “tried again to muck around in our elections this last month.”

He also accused Putin of being a “slow learner” due to his failure to grapple with the fact that his moves are leading NATO to rearm, with the alliance spending tens of billions more on defense to meet the Russian threat.

One critical treaty the Russians have violated is the Cold War-era INF pact, which bans ground-launched missiles with ranges between 300 and 3,300 miles. The Trump administration recently said that it would pull out of the treaty unless Moscow came back into compliance. The White House is also seeking to pull China into the agreement, something Beijing is unlikely to do since the vast majority of its missiles fall within the outlawed range. 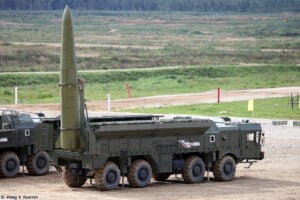 “There are no US missiles in Europe, but there are new Russian missiles,” Mattis said, a situation which demands a “long-overdue recapitalization of our nuclear deterrent to keep it safe and secure. Recognizing the stability it has brought over 60 years, we are investing to keep our triad safe and credible.”

That recapitalization is slated to cost $1.5 trillion over the next 30 years, and has been criticized by Adam Smith, the Democrat likely to take over the House Armed Services Committee next year in the new Democratically-controlled House.

Mattis also repeated his earlier contention that he has seen no direct evidence that would tie Saudi Crown Prince Mohammed bin Salman to the murder of journalist Jamal Khashoggi: “Except for the past 24 hours, I have seen all the intel on Khashoggi’s murder, and right now we do not have a smoking gun.”

This past week, senators, angry over being denied a briefing with CIA director Gina Haskell about the Khashoggi murder, voted 63 to 37 to bring to the floor a bill to limit presidential war powers in Yemen.

The move is the culmination of increasing international condemnation of the Saudi-led war against Houthi fighters in Yemen, in which Saudi aircraft have repeatedly bombed civilian targets using American-supplied weapons. Several European nations have stopped selling weapons to the Saudi government, something the Trump administration has so far refused to do.

In December 2016, the Obama administration halted the sale of about 16,000 guided munitions kits to the Saudis, which allow so-called dumb bombs to more more accurately strike targets. The Trump administration reversed that block.

Speaking on a separate panel, Andrea Thompson, undersecretary of State for arms control, defended ongoing US arms sales to Saudi Arabia despite the outrage over Yemen and reports that the CIA has concluded bin Salman ordered the Khashoggi killing.

Don’t look at the relationship between Washington and Riyadh in terms of “days and weeks, but in the years and decades,” Thompson said. Arms sold to Saudi help to protect American citizens traveling in the Middle East, and are an effective tool for deterring Iran in the region. “It’s important to the American people,” she said.

Underscoring the growing rift between Congress and the Trump administration on the issue, Republican Rep. Kay Granger said that while Congress was still gathering information, “if we have the full picture on [Khashoggi], I would say no, we should not sell” arms to Saudi Arabia. She was speaking on the same panel with Thompson.