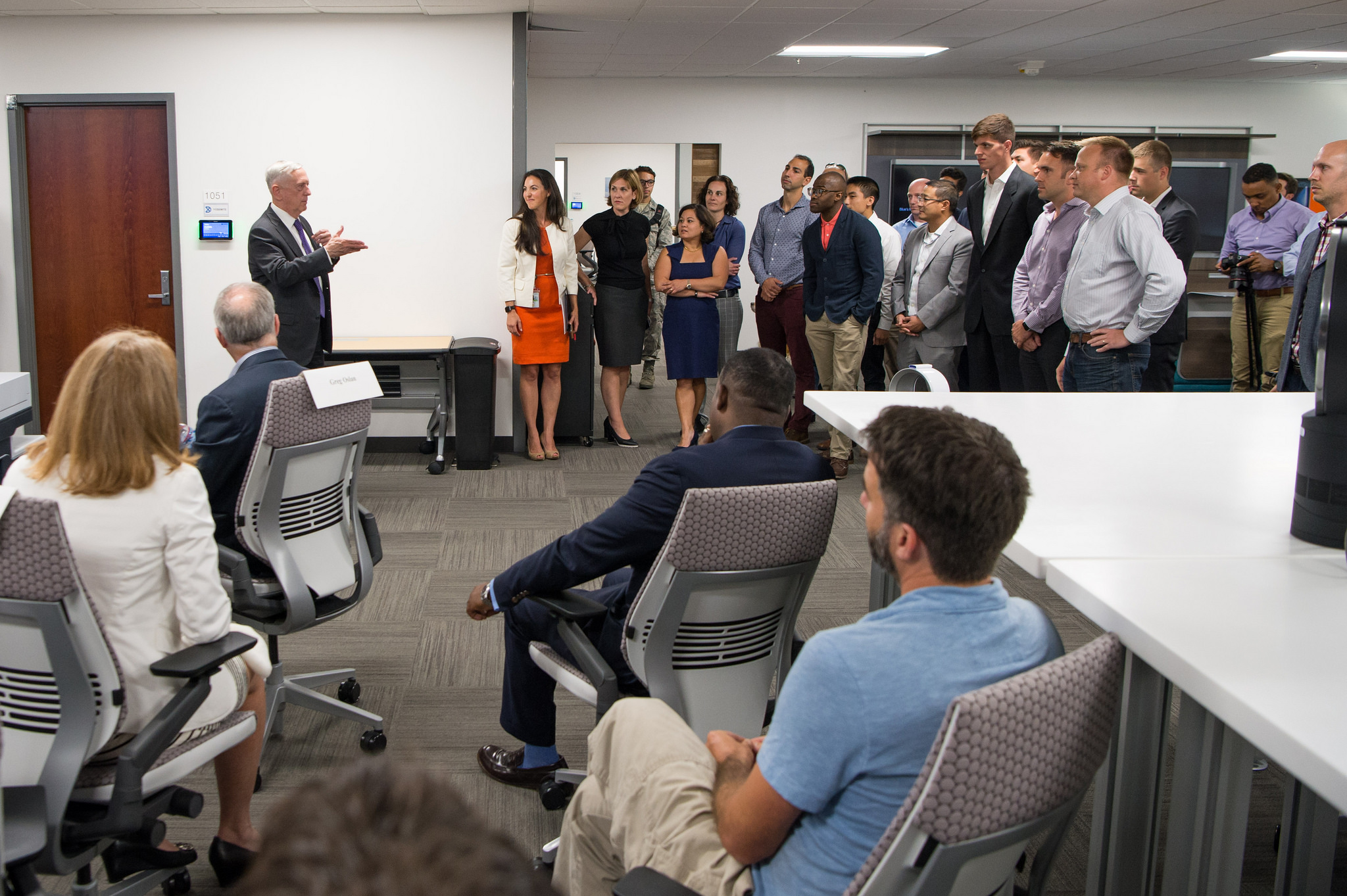 CAPITOL HILL: A new crop of nominees are getting ready to move into their offices at the Pentagon, signaling that after a long and rocky start, the Mattis team is finally moving forward with ambitious plans to change how the military does business.

Several of those incoming officials appeared before the Senate Armed Services Committee Tuesday in what was billed as a nomination hearing. But with no lawmaker even remotely suggesting that their nominations were in jeopardy, the brief hearing stuck to biographies, and the nominees made the ritual promised to work closely with the Senate.

Up for confirmation are Alan Shaffer to be deputy undersecretary for acquisition and sustainment, where he will assist Ellen Lord in reforming how the Pentagon develops and buys new technologies.

Shaffer, echoed what Lord and the Pentagon’s research and engineering chief, Michael Griffin have repeatedly said, that the building must embrace occasional failures in technology testing if they truly want to innovate. His job, he said, will be to “focus on giving every bit of training to our young program managers, and empower them to make a mistake” to get capabilities into the field.

He wants to do this quickly, in order to stay ahead of gains made in hypersonics, electronic warfare, and Artificial Intelligence made by the Chinese and Russians in recent years. “We have to continue to prototype, and then figure out how to put those into an acquisition train where you can field a number of them,” he said.

Conlin comes aboard as the Pentagon rushes to harness and streamline the massive amount of data that it generates on a daily basis, and invests more heavily in data-driven technologies like AI and machine learning, including awarding the massive, Joint Enterprise Defense Infrastructure (JEDI) cloud contract in the near future.

Back in March, John “Jay” Gibson, the former deputy undersecretary of Defense for management reform, came aboard as the Pentagon’s chief management officer, assuming a role that appears to rank third after Secretary Jim Mattis and Deputy Secretary Patrick Shanahan.

In December, Shanahan told defense reporters that the CDO “goes to the fundamental restructuring of the department,” and “if you’re going to have a more performance-driven operation, you have to unwind the bureaucracy and reorganize.”

A big part of Gibson’s responsibilities revolve around the continuing restructuring of the DoD’s Office of Acquisition, Technology and Logistics (AT&L), which was split earlier this year into a new undersecretary of Defense for research and engineering (R&E) and a new undersecretary for acquisition and sustainment (A&S).