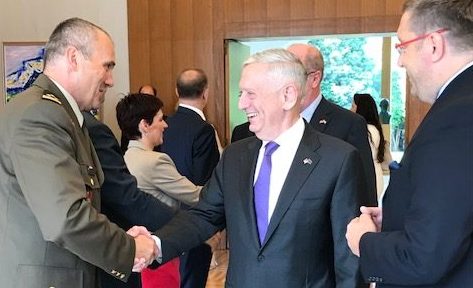 OSLO, NORWAY: After meeting with foreign ministers from several Balkan countries on Friday, Defense Secretary James Mattis referred to Russian influence in the region as “a destabilizing element” that seeks to undermine fledgling democracies who are joining NATO at a rapid pace.

Mattis, speaking to reporters aboard his plane en route to Norway from the conference in Zagreb, Croatia, added that there was a “common purpose” in strengthening defense ties between the countries in the region, in part to combat the complex threat from Russia.

In recent years, Russia has “chosen to come in, and to undermine the democratic fabric of nations that are young in their democratic processes,” Mattis said, “and whether through false news reporting, or economic strictures they are not seen as helpful, would be the most polite way to describe it.”

As Mattis was speaking,  Rod J. Rosenstein, the deputy attorney general, unveiled new charges against 12 Russian intelligence officers accused of hacking the Democratic National Committee, the presidential campaign of Hillary Clinton, and the Democratic Congressional Campaign Committee. The charges also allege a conspiracy by the Russian intel officials against the United States, along with money laundering and efforts to crack into state boards of elections.

The threat to Balkan nations, and the NATO alliance overall from Russia is a “hybrid” using hacking and information operations, Mattis said, rather than a direct military threat.

“What we’ve all been sharing in NATO is keenly felt in Southeastern Europe,” he said.

The Secretary’s comments built on his opening remarks at the meeting in Zagreb, in which he failed to call Russia by name, but said “we are not naive. We are keenly aware that some elsewhere would wish to see us fail in our endeavors here today. Those who seek to divide us for their own reasons will not enjoy our dedication to working together. Our meeting today if proof of our enduring shared commitment to this region’s prosperity and security and the unbreakable transAtlantic bond.” 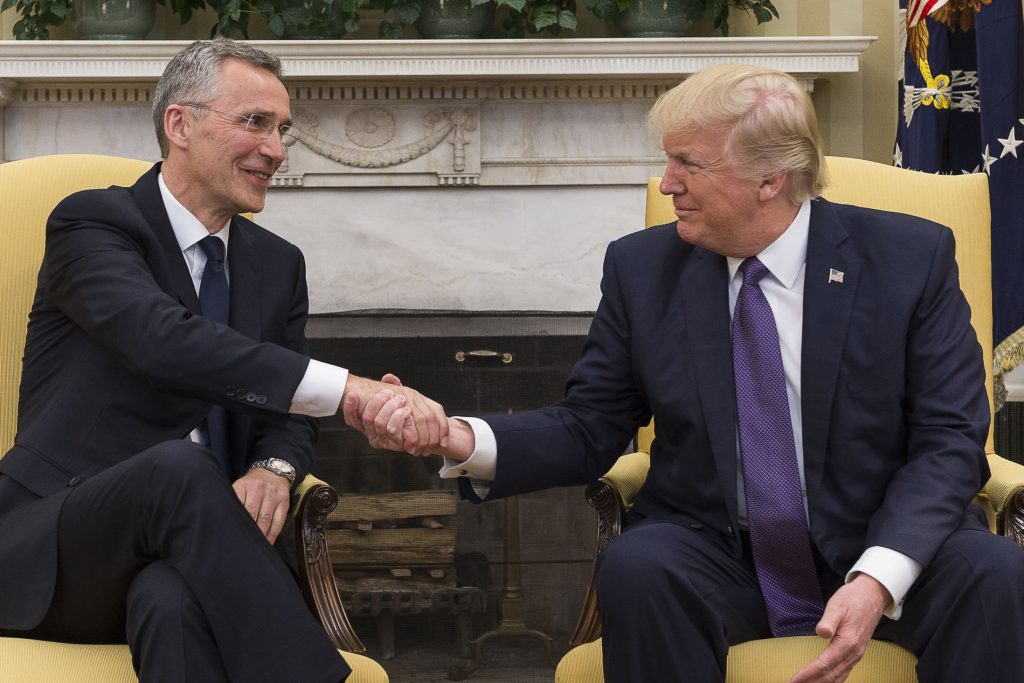 President Trump is expected to meet with President Vladimir V. Putin of Russia in Helsinki, Finland on Monday, just days after disrupting the NATO summit in Brussels with demands for allies to spend more on national defense more quickly, followed by a press conference in which the president reaffirmed his commitment to the transAtlantic alliance.

Mattis attended the Adriatic Charter meeting in Zagreb just a day after arriving from Brussels, calling both meetings “a classic case of ‘we’re stronger together in defense of democracy, of human rights, of international law,'” than operating alone.

The Adriatic meeting was chaired by Montenegro, which joined NATO in 2017 amid accusations that Russian agents had planned a coup to upend the accession. Moscow rejected the charges.

The other members of the group include NATO members Croatia, Albania, and the United States. Macedonia was invented this week to begin NATO ascension talks, and Bosnia and Herzegovina is a non-NATO member.

Macedonian Defence Minister Radmila Šekerinska Jankovska told reporters after the meeting that her country was looking forward to the NATO process, and to ensure “no malign influences interfere,” a clear shot at Moscow. “We wish for good cooperation with Russia. But strategic decisions are ours to make.”