Mattis Warns Against US Unpreparedness, Eye On Korea 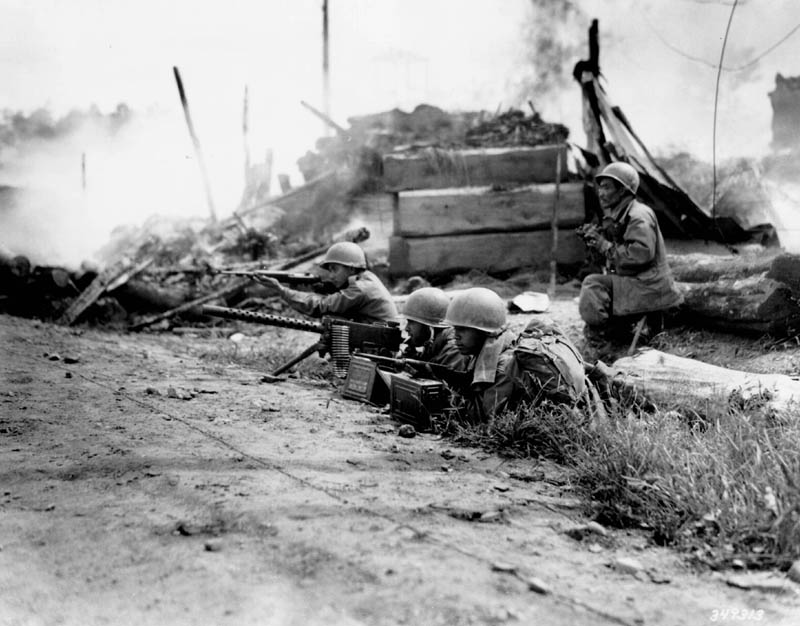 The message to Congress and the American people, as well as the Army, seemed clear: war against North Korea is possible, though we’ll do everything possible short of war to avoid it, and we must be ready. If you haven’t read Fehrenbach’s book, it is the cautionary tale of Task Force Smith and the poor state of American forces in Korea, Japan, and the Pacific in the early stages of the Korean War.

“We have the time right now to prepare for war, which is the best way to prevent war,” Mattis told the enormous gathering of current and former Army leaders here. “Getting money later won’t be good enough because we won’t have time.” He pointed to the experience of Gen. George Marshall, who had to convince Congress to fund the Army before America entered World War II, arguing that we wouldn’t have time to act once war broke out.

Mattis also pointed the finger at Congress, saying they had to stop being in the “spectator seat” of the budget — passing stop-gap Continuing Resolutions — and should act and pass appropriations bills to properly fund the military so it can plan and anticipate. 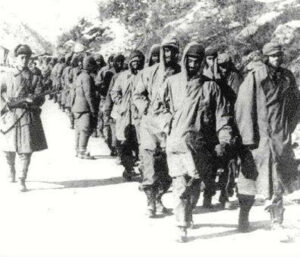 US troops captured by North Korea during Korean War

I found a really interesting counterpoint to Fehrenbach’s book, a monograph by a Maj. John Garrett, then at the Army Command and General Staff College’s School of Advanced Military Studies. In it, he argues that, while supply and training issues did affect them, US troops were generally well trained and many had prior combat experience. The problem, he argues, was this:

“It was the operational leadership, above Task Force Smith, that was the part of the Army that was the most ill prepared. The leadership of the Army had failed to learn the art of war, or even the doctrine of the period,” he writes. “This monograph argues that Task Force Smith was not a failure because of its own admitted shortcomings, but rather it was a victim of a headquarters that knowingly assigned it an impossible mission. Task Force Smith failed because its mission was not achievable by any single infantry battalion. The problem rested with the senior leaders of the 24th Infantry Division, Eighth U.S. Army and higher headquarters who failed to provide the proper operational leadership, not with the soldiers serving in Japan or with the Congress that funded it.”

Who offers the truth? Of course, Fehrenbach’s book is a well respected, even revered, work of history. The major’s monograph carries with it the authority of a serving officer, steeped in his profession. The major’s arguments aren’t as useful in the constant battle by the senior military leadership to beg, batter and cajole Congress to break the logjam of the Budget Control Act and lawmakers’ continuing abdication of one of their most fundamental Constitutional responsibilities to, fund the common defense. But let’s hope the military is striving to avoid both sets of pitfalls.