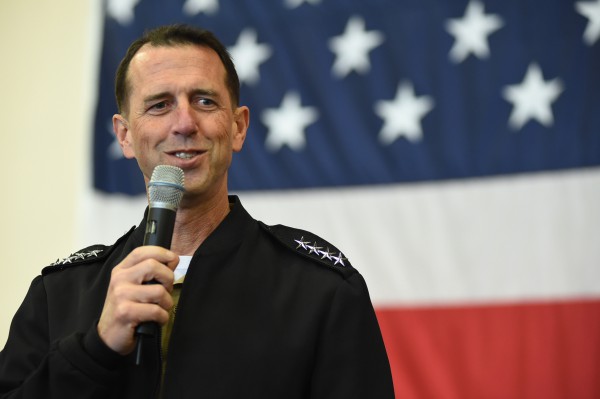 HERITAGE FOUNDATION: The Navy’s has been forced to resort to awkward, inefficient, even dysfunctional expedients to cope with Congress’s chronic inability to pass a proper spending bill on time, the Chief of Naval Operations said here this morning.

“We do need stable funding, right, but the system has adapted….I wouldn’t say in completely healthy ways, but in ways that kind of get business done,” Adm. Jonathan Richardson said ruefully. “For instance, we don’t put a lot of important things at risk in the first fiscal quarter, because we rarely have a budget.”

The last nine federal fiscal years have all begun with a stopgap Continuing Resolution that prohibits starting, cancelling, or even altering any programs, usually lasting at least the first three months of the fiscal year (Oct. 1 through Dec. 31). 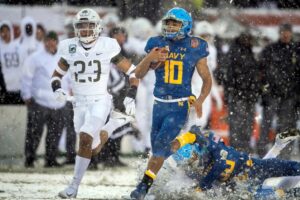 The Naval Academy lost its second Army-Navy Game in a row last December.

“We’re coming up on Super Bowl week,” Richardson noted. “You can’t expect a team to win if they only play three quarters (but) that’s kind of what our fiscal environment is asking.”

Not only does the Defense Department have less time to get things done, much of what it does takes extra time thanks to the unpredictable budgets. “A lot of the contracts… have to be written twice,” the CNO said. Any activity that requires spending money — which is pretty much all of them — needs the staff to write a backup plan, or three, in case that funding doesn’t come through. All told, said Richardson, “working through this squanders the most precious resource, which is time.” 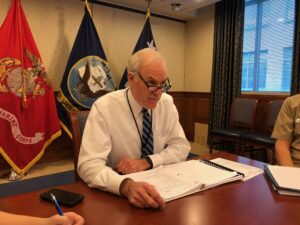 “Maintenance might be one of the things that takes one of the biggest hits,” Richardson said. “Doing, particularly, deep maintenance on a naval vessel, that’s a big undertaking, it requires planning, it requires anticipating. You’ve got to get started on that early… to hire the appropriate workers, to buy the appropriate materiel.” In fact, putting a ship into the dockyard for a major “maintenance availability” requires a new contract — a “new start” — and is therefore illegal under a Continuing Resolution, unless a (very rare) specific exception called an “anomaly” is made.

All this makes it much harder to restore the Navy’s fraying readiness. At one point last year, 53 percent of naval aircraft were not available to fly, while surface warships suffered a string of accidents that left 17 sailors dead. Coming into office in August on the heels of this bad news, new Navy Secretary Richard Spencer committed to rebuilding readiness as his top priority, even if meant saying “no” to joint commanders’ requests for forces. 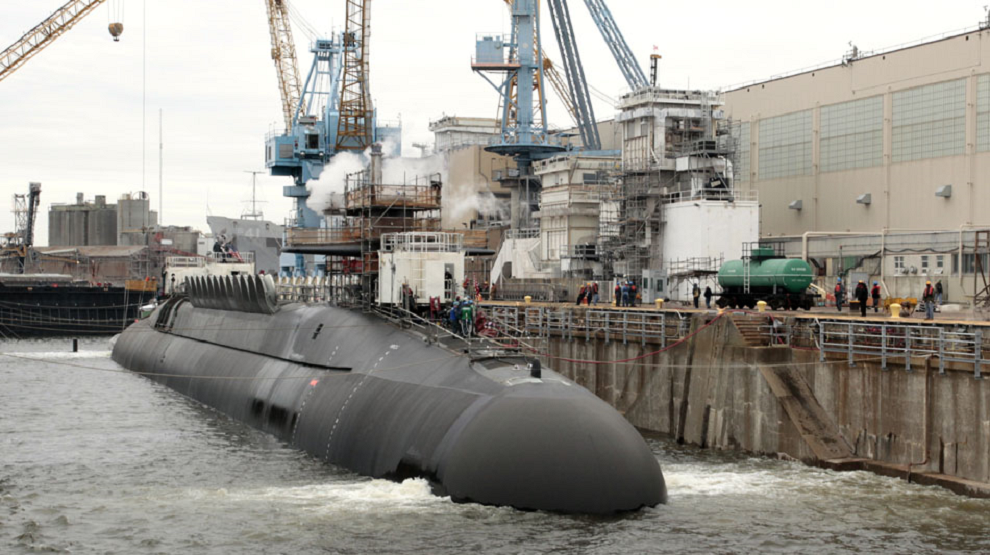 “The Secretary of the Navy has been completely… out in front, he’s leading us down this path,” Richardson said. “We’ve taken on a much more holistic approach to putting that (budget) program together, always mindful, that as we increase capacity, as we increase capability… readiness has got to come with it, you’ve got to invest in that.” In other words, the Navy wants more ships (capacity), and it wants to upgrade each ship to be more capable, but for every ship and upgrade it adds to the budget, it needs to add proportionately to readiness accounts as well, or else the larger, more modern force will be a hollow one. 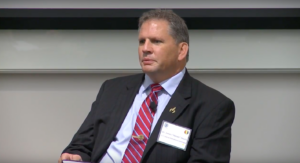 The modernization side of this equation depends in large part on Assistant Secretary James “Hondo” Geurts, who is helping reform Navy acquisition. Coming to the fleet from Special Operations Command, which is famous for streamlining procurement, “Sec. Geurts has brought a tremendous amount of energy and insight,” Richardson said.

In particular, “we’re starting to have meaningful conversations with industry and the research and development business earlier on in the process,” the CNO said. ” bringing the team together earlier is really the key.”

The old model had Navy requirements officers “locked in a room” like a papal conclave, Richardson said, until “the white smoke comes out” and they emerge with the holy writ of what the Navy wanted to buy — which industry might or might not be actually able to produce. Geurts is helping the push to bring outside perspectives into requirements generation up front, so the official wishlists consider what’s really possible. The future frigate FFG(X), the MQ-25 Stingray refueling drone, and some missile and unmanned programs are all models of the new approach, the CNO said, and he hopes the long-term Future Surface Combatant (FSC) will be as well.

What will be in the Navy’s 30-year shipbuilding plan that accompanies the 2019 budget request, due in February? Will it lay out a path to the much-desired 355-ship fleet the Navy has said it needs?

“A lot of that is pending,” Richardson said, given that the budget for the current fiscal year still isn’t settled “When we get an ’18 budget and the subsequent budgets, I think that’s news still to come.”