CAPITOL HILL The head of the Navy’s Columbia-class nuclear submarine program says that the program, despite earlier concerns over cost, schedule, and industrial base issues, is set to meet its goal of a first deployment in 2031, putting the service’s most expensive and consequential program on track.

The boats will come just in time to replace the fourteen aging Ohio-class ballistic missile submarines, which will be over 40 years old by time they’re replaced, making them the oldest subs the US Navy has ever taken to sea.

All of the Ohios were all commissioned between 1981 and 1997, and the US hasn’t built another SSBN since, leading to some slack in the industrial base. 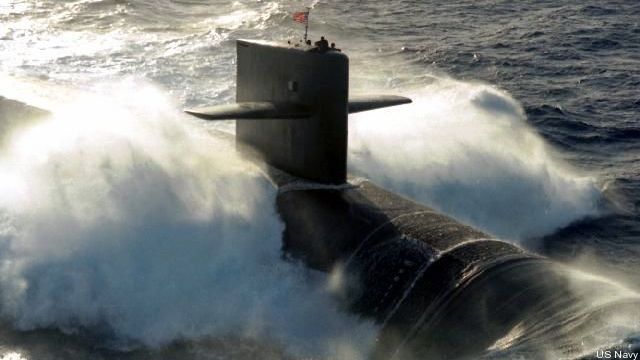 Rear Adm. John Tammen, who directs the Navy’s Undersea Warfare Division, said today at the Heritage Foundation that “our nuclear industrial base has been somewhat stagnant for awhile,” but with work starting soon on the Virginia payload modules (which increase cruise missile capacity in attack submarines), “we see the industrial base ramping up pretty quickly here.”

In the coming years, the planned 12 Columbia submarines will be tasked with carrying about 70 percent of the nation’s strategic nuclear weapons capability in their weapons bays, making it possibly the most mobile, and survivable leg of the nuclear triad. But the boats, part of a $128 billion program to upgrade the nation’s nuclear posture, will enter service at a critical time for the Navy, as it struggles to build more hulls to reach its 355-ship goal while also spending more to refit and repair existing ships to extend their lifespans.

Navy leadership has said that the increase in funding they received over the past two years will have to be sustained to pull this off. Building new Ford-class aircraft carriers, Columbia subs, and brand-new classes of frigates and cruisers — all while bringing the F-35 into the force — will pose a challenge to Navy spending.

The program has very little wiggle room on schedule, as the Ohio subs will have to be retired as soon as the Columbia boats come on line.

Tammen said he’s working with Newport News and Electric Boast to accelerate work schedules on the subs where he can. “You see it in the shipbuilding plans. There are gap years in the Columbia schedule so if we can pull work into those gap years,” the schedules can be sped up.

A scare last year with the subs’ missile tubes threatened to push the timeline back, but Tammen said Tuesday that there is enough slack in the early going that all is well, despite the snafu.

What happened was the Navy’s primary submarine builder, Electric Boat, hired a subcontractor to help with the welding of its missile tubes. After the tubes were delivered some inconsistencies were found in the welding, leading to a halt to the tubes’ installation. The company admitted in November that the faulty work would cost a relatively paltry $27 million to fix over the course of the next year.

Speaking at the annual Naval Submarine League conference on late last year, George Drakeley, the civilian in charge of the Navy’s submarine programs called the incident a “debacle,” adding that fixing the issue is “is going to be harder than we thought.” The problem also affects the Royal Navy’s new Dreadnought-class submarines,which use the same Common Missile Compartment as the American Columbia. But it appears to have been a relatively easy and cheap problem to fix.