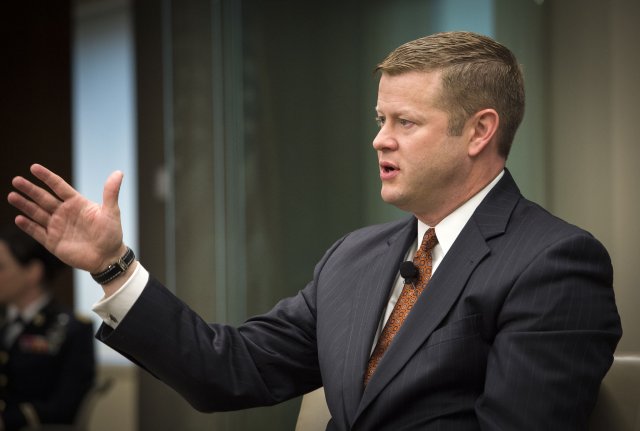 ARLINGTON: The Army is moving $31 billion over the next five years from lower-priority programs to the service’s top-priority needs, undersecretary Ryan McCarthy said this morning. That’s $6 billion more than the preliminary announcement last fall. Not all the money is going to the Big Six modernization programs, McCarthy told reporters, but “the preponderance” will, and “all six…will have vast increases.”

The question is whether Congress will accept the painful cutbacks, slowdowns, and outright cancellations required — which Chief of Staff Gen. Mark Milley said last month would hit at least 186 programs.

Today’s figure of $31 billion over five years is almost a 25 percent increase over the tentative $25 billion that Secretary Mark Esper announced in October. At the time, the service was still finishing up a ruthless budget review, so Esper emphasized “that dollar figure is a low end.” It sure looks like the Army has delivered, finding another six billion — and just as crucial, getting Pentagon and White House approval for it. 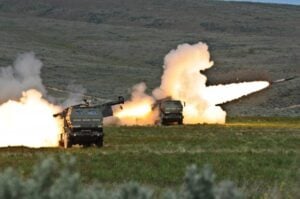 In addition to investments in new weapons, there’ll be immediate increases in combat power, McCarthy said. For example, he said, “you’ll see an increase of enablers like integrated missile defense or MLRS batteries.” (Both of those would crucial to a future war of long-range missiles with China or a post-INF Treaty Russia, with missile defense stopping the enemy’s salvos and MLRS launching our own). In addition, brigade combat teams will be manned to 105 percent of their on-paper strength to give a margin for illness, accidents, and combat casualties.

So not all the $31 billion goes to new equipment. The Army’s original target of reallocating $20 to $25 billion over five years “was just to pay equipment bills,” McCarthy told an Association of the US Army breakfast here. But the latest move is designed to, “change the fundamental behavior of the Army, to be better with every dollar they have.”

Overall, McCarthy said, “we are trying to enable the National Defense Strategy” — which prioritizes preparing for high-intensity war with China and Russia — “and have taken some pretty dramatic steps in order to get there.” Starting with the 2018 budget, he said, “we’ve been very consistent about where we were trying to take the Army… with that comes some very difficult choices.” 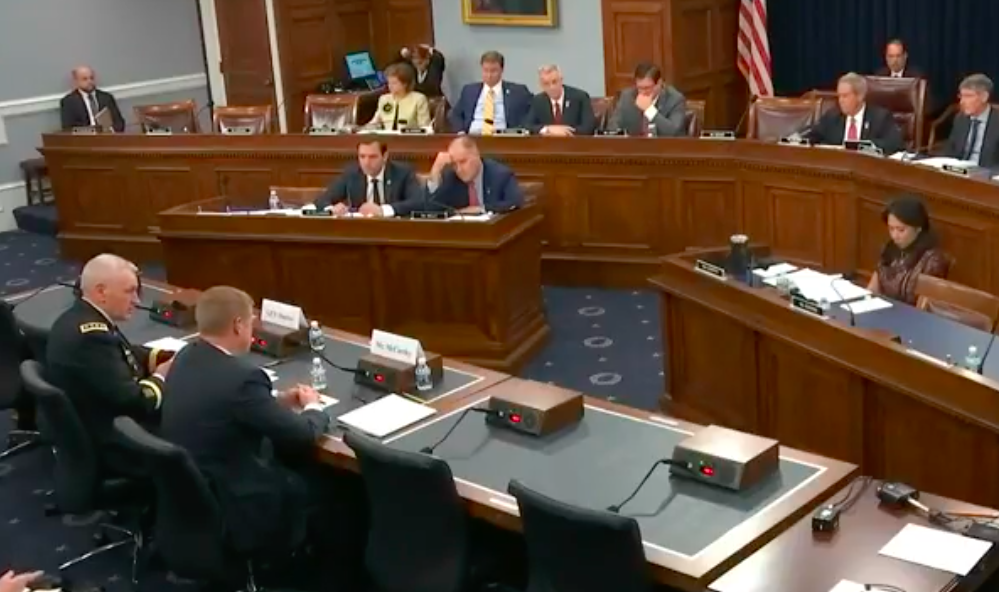 Decisions Ahead In Pentagon & Congress

Within the Army, the long-term goal is to institutionalize the kind of relentless budget review the Army did in 2018, McCarthy said, but in a way that’s less burdensome for senior leaders to sustain. Last year’s process frequently involved all four top leaders — Esper, McCarthy himself, Milley, and Vice-Chief of Staff Gen. James McConville — reviewing every single program. Going forward, he told reporters after the AUSA breakfast, “four-star [generals] and assistant secretaries” will do the program-by-program scrub and then report back to the Big Four with their recommendations for a whole area of the budget, such as “manning, training, sustainment, [or] equipment,” he said.

“Those four-stars and assistant secretaries…. they’re all grinding through this now, and in the spring and summer, they’re going to come and they’ll make these presentations” to the Big Four, McCarthy said. “It’s going to be a much more sophisticated approach than the last thing, when it was literally all of us sitting there, just going through every program. It’s a way to institutionalize this behavior.” 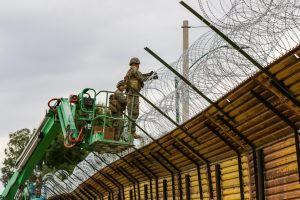 Of course, every dollar ultimately has to be approved by Congress, which right now is running well behind on the regular budget process after weeks of deadlock on President Trump’s border wall proposals. McCarthy said his contacts in Congress have pledged to move fast and avoid the stopgap continuing resolutions that disrupted programs in past fiscal years. He also downplayed the likelihood of border wall funding coming at the expense of military construction to improve bases.

“Secretary Shanahan and General Dunford took a contingent of governmental leaders down to the border over the weekend and came back and will sit down later this week to discuss… and address how we would finance the construction of a wall,” McCarthy said .” There are a couple of different funding accounts that would be [tapped first, from] unexpended dollars from the Treasury to counter narcotics funding, and you would go down the list before you would ever touch military construction.”

Both Republicans and Democrats on the Hill have objected to taking money from military construction, which would impact readiness, military families, and home-state jobs. There’s likely to be similar uproar when the Army’s list of cuts come out.

The service will work hard to convince Congress, McCarthy promised, with briefings and hearings to start soon after the budget roll-out now scheduled for March 12th. A key message, he said: “If a company in your state or district is impacted, there is also immense opportunity that will present itself as we proceed.” Of course, that’s asking congressmembers and constituents to give up birds in the hand for future prospects that may or may not materialize — not an easy sell.