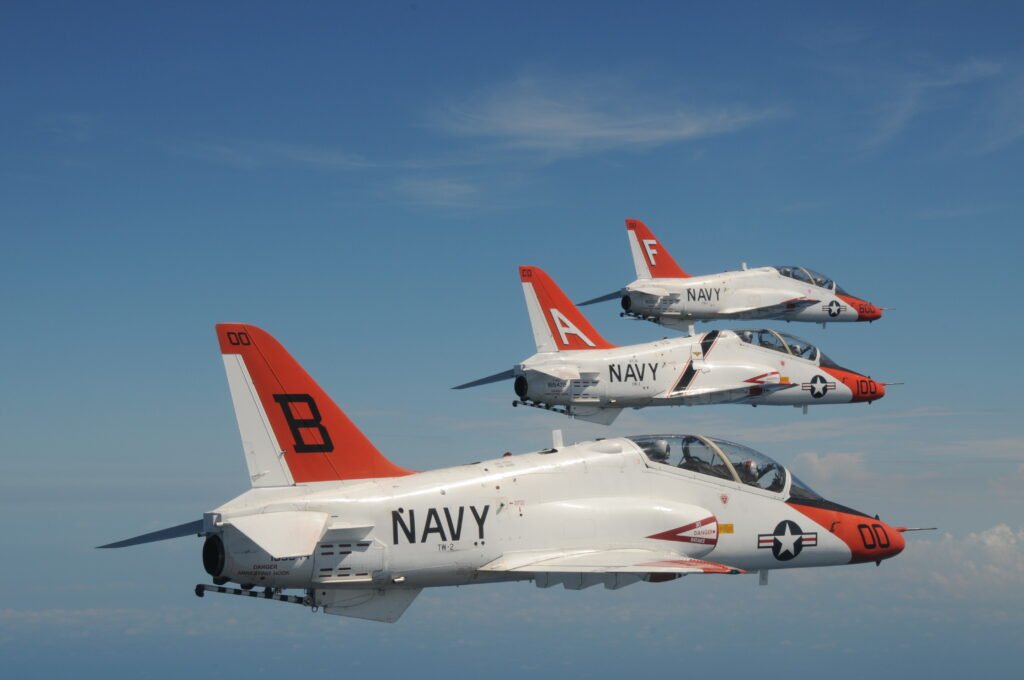 Navy flight training will resume in July when T-45 Goshawk trainers receive fixes to their troubled air supply, the three-star Commander, Naval Air Forces said this week. The aircraft had been flying only limited flights at low altitude for fear an oxygen-deprived pilot would become disoriented and crash.

Now, instructors will start flying again in “early July” and students will follow later in the month, Vice Adm. Mike Shoemaker said, with “warmup flights” to refamiliarize with the aircraft followed by regular training flgihts. A Navy spokesperson told me there was “no specific date as yet.” 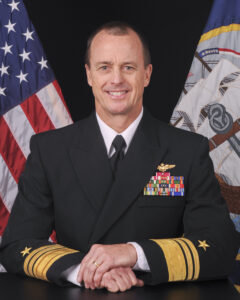 Shoemaker was touring the Navy’s three flight training bases —  Kingsville, Texas; Meridian, Miss.; and Pensacola, Fla. — on Wednesday and Thursday this week to restore morale, answer questions, and introduce the new Chief of Naval Air Training, Rear Adm. James Bynum. Bynum is the highest ranking officer to hold the CNATRA post, a deliberate signal of the Navy’s seriousness in solving the problem.

And it’s a tough one. Modern military aircraft use On-Board Oxygen Generation Systems (OBOGOS) to siphon air from the engine intakes, cool it down, and mix it into something breathable for the pilots. (Older planes use bottled liquid oxygen, LOX, which is guaranteed pure but can run out on long missions or explode in accidents). There have been problems with air supply on several OBOGS-equipped aircraft, including Air Force F-35As and Navy and Marine Corps F-18 Hornets, but the issue with the T-45 was particularly intractable.

One mystery was that the T-45 used the exact same OBOGS, built by Cobham, as other aircraft that were having no problems. Now, Navy investigators believe they have traced at least part of the problem: While the oxygen generator itself seems okay, the T-45s didn’t have anything installed to scrub excess moisture from the air going into the OBOGS. 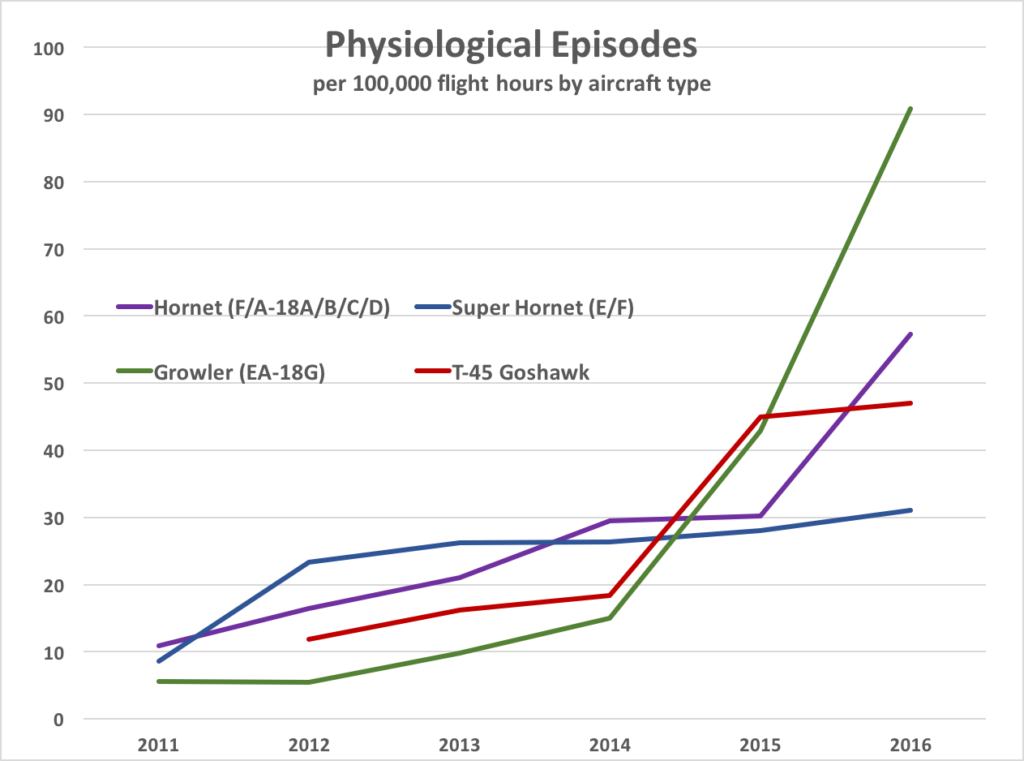 “Physiological episodes” caused by problems with air supply have risen dramatically for both the Navy’s T-45 Goshawk trainers and all variants of its F-18 Hornet strike fighters. (Navy data)

“The system operates much better with cooler and drier air. All the other airplanes in the fleet that use OBOGS or systems like them all have some component in the system that eliminates moisture,” Shoemaker told the local Meridian Star. “That was missing in the T-45.” 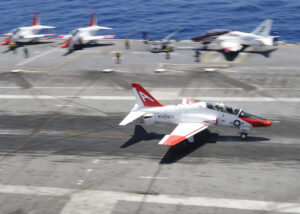 Mitigations include:
.       To minimize potential contaminants in the breathing gas, a system hygiene and integrity bulletin has been developed and released which provides procedures to flush and clean the system using hot nitrogen or alternate cleanser.
.       To alert aircrew to low oxygen pressure or concentration, we are fielding a new solid state oxygen monitor (CRU-123) that alerts aircrew.
.       To protect aircrew, we are adding filters to the aircrew gear that will screen contaminants.
.       To prevent contaminants, we are testing and cleaning heat exchangers and inspecting and removing temperature switches in all aircraft in order to provide cooler air to the OBOGS system.  Hot air can cause contaminants to be released to aircrew.
.       To prevent moist air from reaching the OBOGS concentrator, we are installing a water separator prior to the on-board oxygen generating system (OBOGS).  Moist air can cause contaminants to be released to aircrew.
.       To monitor aircrew breathing air we have accelerated delivery of sorbent tubes and Hydrocarbon Detectors for all aircrew.