New CNO’s Given His Vision – Now For The Hard Part 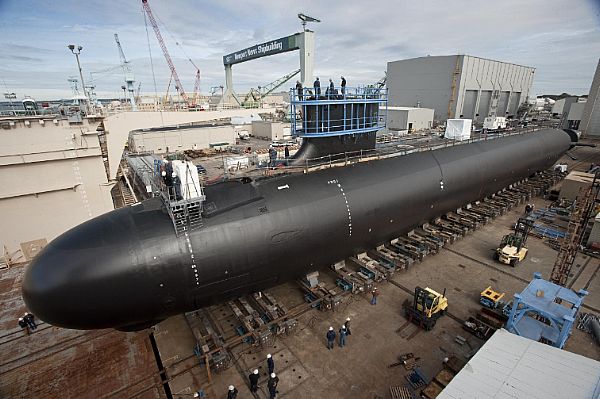 Yesterday, the new Chief of Naval Operations, Admiral John Richardson, released his strategic vision for the Navy, “A Design for Maintaining Maritime Superiority.” One of the experts we asked for insight was Bryan Clark, a retired Navy commander and former top aide to the previous CNO, Adm. Jonathan Greenert. (Clark, Greenert, and Richardson are all nuclear submariners). Now at the Center for Strategic & Budgetary Assessments, Clark responded with this short essay on what Richardson’s “Design” does, what it doesn’t, and what needs to happen next. — the editors.

The overarching theme I get from Adm. Richardson’s strategic “Design” is the need for the Navy to become better able to adapt and change with the security, information, and maritime environment. Although we often talk about how the Navy is adaptable and flexible, in fact our methods for training sailors and preparing units to deploy are pretty rigid industrial-age processes. For the Navy to be able to keep up with a much more dynamic world, it will need to move from generating capabilities and forces for specific “point solution” requirements and instead start enabling them to adapt to new threats and opportunities as they emerge.

The design’s emphasis on adaptability and learning makes sense for the world we are likely to encounter going forward. It will, however, be challenging to translate into the Navy’s organize, train, and equip functions. For example, creating new weapons and C4ISR [command, control, communications, computers, intelligence surveillance, & reconnaissance] systems with requirements that are more flexible will be difficult in the current Defense Department acquisition system, which is designed to build new capabilities to very specific requirements. Also, preparing a wider range of force packages and fleet architectures for deployment will be more complex and expensive than today’s Fleet Readiness Plan, which efficiently creates a relatively small menu of ready force packages: the Carrier Strike Group (CSG), Amphibious Ready Group (ARG), and individually deploying ballistic missile defense (BMD) ships, nuclear-powered attack submarines (SSN), and nuclear-powered ballistic missile submarines (SSBN).

As for the “vision” for the fleet, I agree with my CSBA colleague Bob Martinage that the diagnosis of the strategic environment is very good and comprehensive.  As Bob mentioned in Breaking Defense’s article yesterday, however, the design does not include many specifics regarding implications of the strategic environment for force composition and capabilities. This makes sense if the Chief of Naval Operations’ concern is that the environment is very dynamic, such that evolving the fleet to a specific “vision” would likely result in it having the wrong characteristics and lacking the adaptability it needs. The most important characteristics the fleet needs are the ability to learn and adapt, rather than, for example, specific anti-ship cruise missiles (ASCMs), unmanned aerial vehicles (UAVs), or submarines. I believe this will be hard to pull off in practice because all of our force development and management processes are designed to produce specific capabilities, rather than general attributes.

Which brings us to the crucial question: Does the CNO’s vision provide actionable guidance? It may be hard for subordinate commands to act on some of the direction in the design, since it does discuss general attributes rather than specific capabilities. It will be good if the CNO follows this document up with further discussions of the implications in more concrete terms that will help sailors, industry, and other partners understand where the Navy is going. These could be updates or articles that describe how the lines of effort will be implemented and what they should produce in certain mission or capability areas.