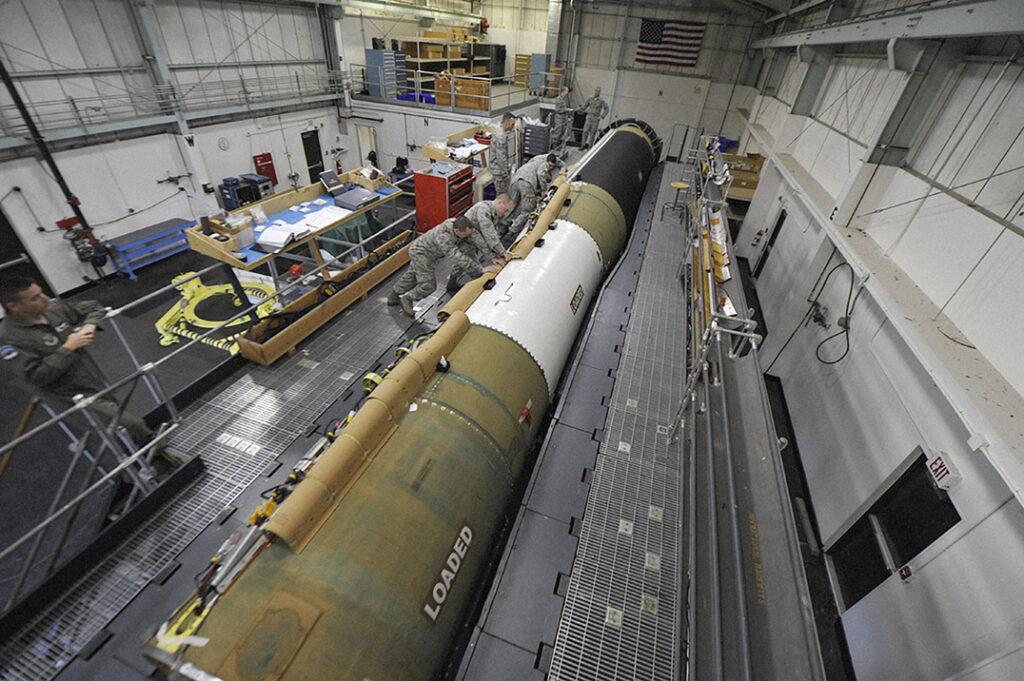 ARLINGTON: A brand-new ICBM may cost the nation more than $85 billion, but keeping the geriatric Minuteman will cost even more. That’s according to Boeing, the aerospace giant that began building the original Minuteman I in 1958 and has maintained the much-modified Minuteman III since 1970. 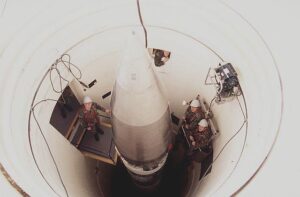 Sure, the company can reset the odometer on the Minuteman with yet another service life extension program (SLEP), Boeing strategic deterrence chief Frank McCall told reporters this morning. But it’s still a 1950s design upgraded over six decades with a mix of technologies it was never intended to accommodate. While parts of the guidance and propulsion systems date to 1993, for example, some parts are so old the original manufacturers have long since gone out of business. That forces the Air Force to expensively reinvent the wheel – or, say, a 1961-vintage mechanical coding device.

So for about the same price as a rebuilt Minuteman, McCall told us, Boeing would rather build you an all-new missile. That’s what the Air Force calls the Ground-Based Strategic Deterrent. (Lockheed and Northrop are also competing). GBSD would get you better performance, he said, including against modern, precision-guided missile defenses, which didn’t exist when the Minuteman was designed. (Back then, cutting-edge missile defense destroyed incoming warheads by detonating a nuclear weapon over your own territory). It would be flexible for a wide range of scenarios, whereas the Minuteman was optimized for a massive exchange with Russia across the North Pole. And even sticking with low-risk, proven technology, it would be decades more advanced than Minuteman. 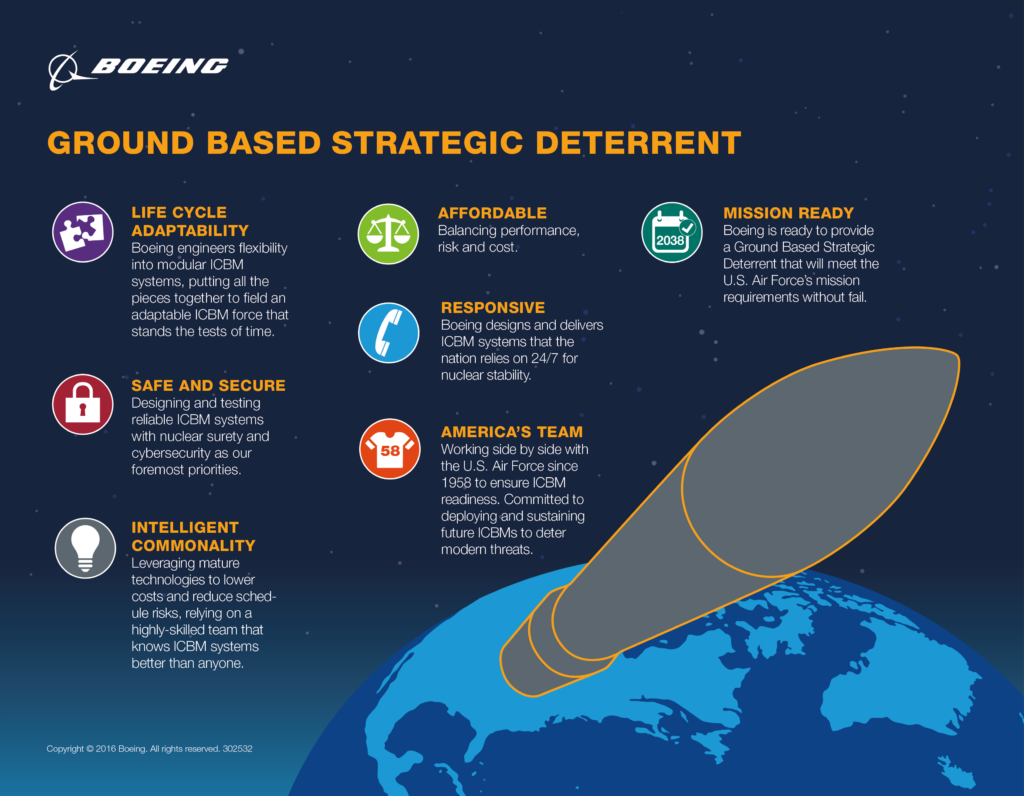 The new missile would also feature a modular, plug-and-plug design – known as open architecture – that would make replacing components both for maintenance and upgrades much easier than on the Minuteman III. Most important, perhaps, the new missile would be designed from the start to last for decades – until at least the 2070s – while Minuteman was originally meant to last just 10 years. Between the open architecture and the build-to-last philosophy, McCall said, GBSD would be cheaper to maintain over the long haul than Minuteman.

Back in June, Gen. John Hyten, head of Strategic Command, lamented the time and money it would take to develop GBSD: $85 billion over 20 years for 400 missiles, compared to $17 billion in today’s dollars over five years for the initial 800 Minutemans. The military-industrial complex needs to relearn how to go fast, take risks, fail, and try again, he said, instead of grinding along in today’s bureaucratic, cripplingly slow acquisition system.

But as expensive as GBSD was, Hyten emphasized, it was still cheaper than re-re-rebuilding the Minuteman: “You will have ended up replacing just about everything on the missile, which will cost you more (than GBSD), but nobody believes me.” Now that we’ve heard more of the details from Boeing, maybe we will.