PARIS: After only four months on the job, Fred Kennedy, head of the newly created Space Development Agency (SDA), is leaving. His resignation from the post follows on the heels of that of Chris Shank, head of the Strategic Capabilities Office (SCO). The two back-to-back departures suggest a deeper disruption in the Defense Department’s high-profile effort to reform how it handles space — and perhaps the entire R&D enterprise led by Undersecretary of Defense for Research and Engineering (USDR&E) Mike Griffin.

SDA and SCO both report to Griffin. Several sources say there has been turmoil in Griffin’s shop — which also oversees the Missile Defense Agency (MDA) — for some time. These sources say that Griffin’s management has been uneven, and that there are tensions with him, and his deputy Lisa Porter, that are transmitting down the chain as she tried to impose his orders.

“Dr. Fred Kennedy has been serving on a detail from DARPA as the director of the Space Development Agency. He has stepped down from that role and is returning to DARPA. An acting director of SDA will be announced soon,” Heather Babb, a spokeperson in the Office of the Secretary of Defense, told me today in an email. 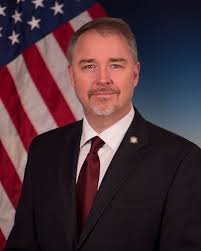 The affable and ultra-energetic Kennedy was intimately involved in the stand-up of SDA, and had some ambitious plans for creating an integrated architecture of satellites in all orbits — out to cislunar orbit. He was especially keen to fast-forward development and acquisition of a space-based missile defense sensor layer to detect both ballistic and hypersonic missiles (a top priority for Griffin and MDA).

Kennedy previously served as the chief of Tactical Technology at the Defense Advanced Research Projects Agency (DARPA) that is overseeing the high-priority Blackjack program to develop low-cost Low Earth Orbit (LEO) satellites for a variety of DoD missions. He was appointed to SDA in February.

As for the Strategic Capabilities Office — created under Obama and until recently led by Shank — Griffin is moving the SCO to DARPA. There does not seem to be a direct correlation with Kennedy’s move, other than the general turmoil in Griffin’s office.

Further roiling DoD space management, these sources say, is dysfunction at the Air Force after the departure of Secretary Heather Wilson at the end of May. Matt Donovan is currently acting secretary; his principal deputy secretary for space John Stopher just tendered his resignation (as of July 19), as first reported by Space News colleague Sandra Erwin a couple days ago.

All of this comes as Congress has scaled back the Trump Administration’s plans for a new Space Force, while at the same time significantly increasing funding for military space programs because of concerns about challenges to US space assets from China and Russia. So while no time is a good time to have management woes, the upheaval probably couldn’t have come at a worse time for DoD space ambitions.