Over Past 24 Hours, US & Iran Each Claim To Narrowly Avoid Deadly Attacks 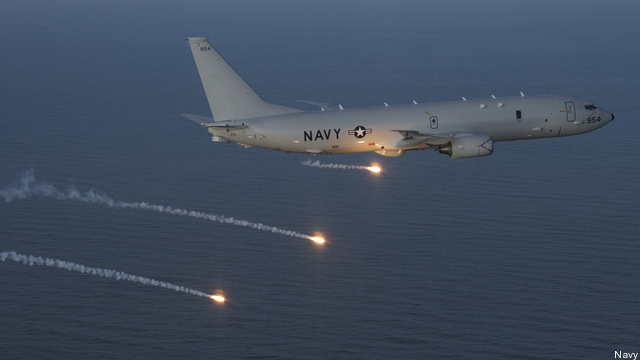 WASHINGTON: Iranian officials conducted a civil defense exercise Thursday which simulated airstrikes and a nuclear attack on Tehran, just hours after the US confirmed an Iranian surface-to-air missile shot down a US RQ-4 Global Hawk drone.

Local Iranian sources report the exercise was staged to test the readiness of Iran’s civil defense systems for what was described as “possible mass bombing” and “radiation exposure events” that would force the evacuation of thousands of civilians. The Iranian media did not specify where in Tehran the exercises were staged or their duration.

Tensions remain high in the Gulf as both president Trump and Iranian officials messaged they were ready to up the ante in their standoff over the past day, but each stepped back from the edge of a wider conflict at the last moment.

….On Monday they shot down an unmanned drone flying in International Waters. We were cocked & loaded to retaliate last night on 3 different sights when I asked, how many will die. 150 people, sir, was the answer from a General. 10 minutes before the strike I stopped it, not….

On Friday morning, Trump tweeted that US forces were “cocked & loaded to retaliate last night on 3 different sights [SIC]” inside Iran when he stopped the attack because a “General” told him 150 people would likely die in the action. The president said he didn’t think that was a proportional response to a drone downing.

While the president was telling the world he called off the strike just minutes before it was to occur, Amirali Hajizadeh, head of the Revolutionary Guards aerospace division, told Iran’s Tasnim news agency that his forces refrained from shooting down a US Navy P-8 surveillance aircraft because the loss of life would be too great.

“With the US drone in the region there was also an American P-8 plane with 35 people on board,” he said. “This plane also entered our airspace and we could have shot it down, but we did not.”

Emily Landau, a senior researcher at the Institute for National Security Studies in Tel Aviv, told Breaking Defense that according to some sources, the last-minute cancellation of the US attack was a result of a message sent to president Trump by a “third party.”

Israeli sources said that if such a message was sent by the Iranians, it would have likely claimed an isolated anti-aircraft missile battery acted on its own without permission from the high command.

That would align with comments Trump made Thursday in which he speculated he had “a feeling that someone under the command of that country made a big mistake,” adding, “I find it hard to believe it was intentional. It could have been someone who was loose and stupid who did it.”

Landau pointed out the Iranian-backed Hamas group in Gaza often blames rogue splinter groups whenever a single rocket is launched into Israel. Landau added that recent Iranian actions likely have one goal in mind, pressure on European countries to implore Washington to ease sanctions that have slammed the Iranian economy.

In the meantime, the Iranians are warning they’ll pull out of the 2015 nuclear deal with Western powers if American economic sanctions are not lifted.

Earlier this week, Iranian officials said they were preparing to begin enriching uranium to a higher level if Europe did not step in to lessen the impact of US sanctions, a move that would violate the terms of the nuclear deal forged under the Obama Administration.

Last month, Iranian President Hassan Rouhani told European countries who continue to adhere to the deal that Iran would soon breach the limits on enriched uranium and heavy water specified in the agreement. Rouhani gave the five countries 60 days to fulfill their economic obligations to Iran under the pact, particularly in the banking and energy sectors.

Iran would also launch a renewed effort to modernize the heavy-water reactor in Arak.

“The new Arak heavy water [reactor] is in fact in initial stages,” Iranian Deputy Foreign Minister Abbas Araghchi said. “We are still working on the design of the new reactor. As I have said, the job is very slow, but we cannot wait anymore.”

The JCPOA deal signed between Iran and a group of Western powers in 2015 placed strict limits on what kinds of nuclear-related materials Iran could produce, and how much. But when the Trump Administration unilaterally pulled out of the deal last May, other parties began to scramble to keep the deal intact.