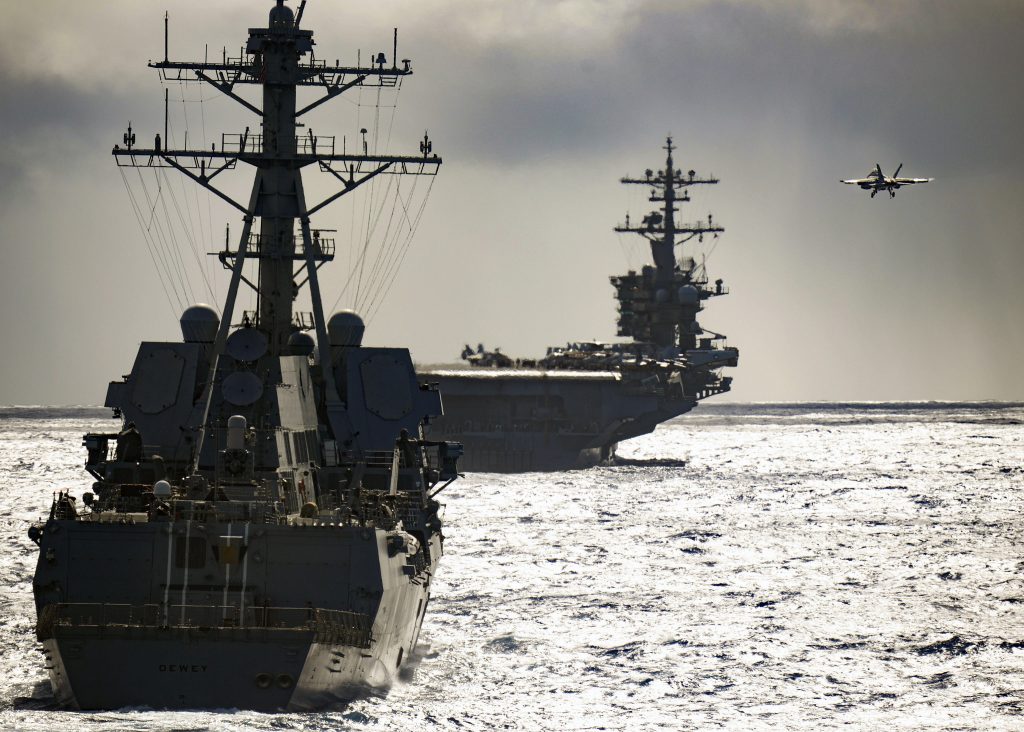 WASHINGTON: The head of the Navy’s reconstituted Second Fleet outlined a broad writ for the command on Wednesday, describing a small and flexible force heavy on intelligence assets and “ready to fight across multiple domains” from the Arctic to the Mediterranean. And he made no bones about the reason for the fleet having been called back from the dead. Russia.

The comments by Vice Adm. Woody Lewis offered the most detailed glimpse yet of the new Atlantic-focused command, an area neglected by Pentagon planners since the end of the Cold War, but which has seen a rise in Russian submarine and other naval activity in recent years.

“This is with an eye toward Russia. Let’s be frank,” he told an audience at the Center for Strategic and International Studies. “The Russian undersea threat is real, and they are competent.”

American and European military commanders have revealed over the past year that Russian submarine activity has been up sharply recently, as the Russian navy has rebuilt itself and its ships and submarines can venture further out to sea more confidently.

The Second Fleet isn’t strictly a sub-hunting outfit. Lewis compared it to the Third Fleet, which is INDO-PACOM’s maneuver arm in the Western Pacific. But Lewis’ ships will also respond to humanitarian crises and potential flare-ups across a more diverse area, which stretches from the icy Arctic to the warm Mediterranean and the increasingly contested Black Sea.

Much of that space has seen relatively little US presence over the past two decades as US forces fought in the Middle East and shifted naval assets to the Pacific, but Lewis said his job is to “erase those seams where adversaries can take advantage of where we have vulnerabilities.”

One area of intense focus will be the far north, where Russia has built military outposts and China is increasingly interested in new sea routes and exploiting untapped natural resources as climate change opens seaways. 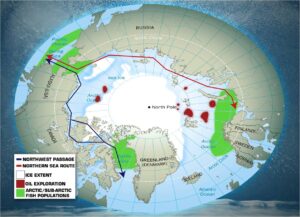 Speaking with reporters after his speech at CSIS, Lewis was asked if the Chinese are pushing ahead of the US in the Arctic, given the slew of icebreakers it has put to sea in recent years.

“The Chinese, aspirationally, are in the Arctic,” he said. “And there’s no question that the logical sequence of events with the Chinese will be they will be there militarily” at some point, as they are in the South China Sea. The United States needs to move more quickly in the far north, but “we haven’t ceded anything to the Chinese or anybody else. We’ve put ourselves at a disadvantage that we now have to work to gain the advantage.”

As for the structure of the Second Fleet, Lewis described a tight organization that he wants to keep small.

The admiral has named his intelligence officer as deputy commander, and described a command that is “heavy in intelligence, operations, plans, training, logistics — and light in higher headquarters housekeeping functions.” He plans to rely on Fleet Forces Command to do the jobs are aren’t operationally-focused.

Taking advantage of the modern navies and intelligence-gathering capabilities of European allies, Lewis also pledged to stand up “austere” outposts and use command ships in the region to forward deploy his staff, who will sit side-by-side with NATO and European partners.

“We are building a fleet from scratch and we have the unique chance to make it different, to make it right and fit for its purpose,” he said.

Defense Secretary Jim Mattis has stressed the idea of US forces becoming more unpredictable as to where and when they operate in order to frustrate Chinese and Russian military planners. Lewis said the recent deployment of the USS Harry S. Truman strike group earlier this year fit exactly in that box. And it’s deployment is a way of operating he plans to emulate at Second Fleet.

The Truman originally came back to Norfolk after several months in the Mediterranean and North Atlantic, while the destroyers it deployed with dispersed, and continued to operate from Norway to the Persian Gulf. The Truman quickly put back out to sea, running dual-carrier operations with the Nimitz-class carrier USS Abraham Lincoln and the Royal Canadian Navy before heading back to the North Atlantic to participate in the Trident Juncture exercise, which Lewis said caused “consternation” in Moscow.

Russian forces tried to play a role in Trident Juncture, which took place in and around Norway earlier this month, but it is unclear how much success they enjoyed. Both Norway and Finland charged that Russia attempted to jam their communications during the exercise, which Swedish defense officials and the Pentagon confirmed to Breaking Defense. Lewis said electronic warfare concerns are real, and establishing secure command and control of his ships and aircraft is his top priority heading into operational drills next February before the command fully stands up.