Not So Fast, Rep. Smith: Why We Need Modernized Nuclear Weapons

Posted by Thomas Callender on November 29, 2018 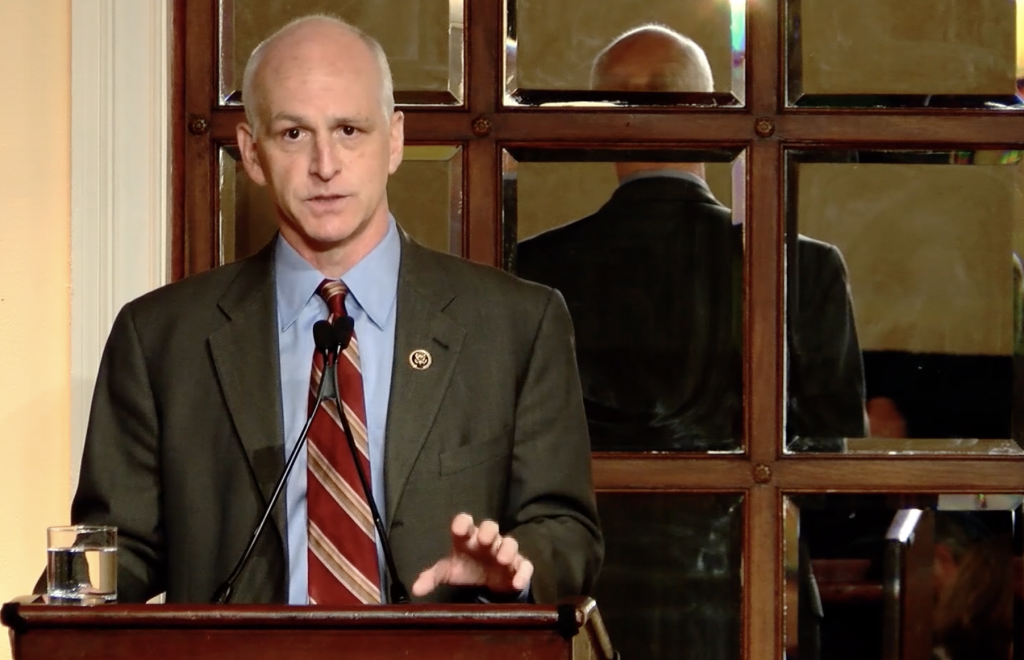 The Heritage Foundation is pretty much the only Washington thinktank President Trump ever mentions and he’s been known to refer to their analyses when he speaks about defense. So, when one of Heritage’s experts wants to rebut the arguments of one of the top defense Democrats on Capitol Hill, we’re inclined to give them a forum as the odds are pretty good the analysis has White House approval or would get a favorable hearing there. The headline tells you the basics. Read on! The Editor.

In a mid-November speech to the anti-nuke Ploughshares Fund, Smith asserted that the country cannot afford the $1.2 trillion nuclear modernization program due to the growing national debt, combined with the need to modernize the nation’s conventional military forces. He hopes the Senate and White House will back a reduction in the nuclear arsenal—and a possible departure from nuclear triad—in exchange for more conventional weapons systems.

Interestingly, the congressionally-mandated National Defense Strategy Commission’s recent report contradicts Rep. Smith’s approach. It states that the Pentagon “must remain committed to the bipartisan nuclear modernization program…especially to modernizing the triad of bombers, intercontinental ballistic missiles, and ballistic missile submarines.”  This was a consensus view of experts appointed by Republicans and Democrats, including two Rep Smith appointed.

The U.S. has not produced a new nuclear warhead since 1988. The oldest warhead in the arsenal, the B61 gravity bomb, was first deployed in 1963. It was originally designed for a 10-year operational life.

Life-extension programs have kept many of our nuclear warheads operational for over 40 years. But the U.S. must build new nuclear weapons in the future—whatever the political decisions made about modernizing the nuclear triad or reducing the number of warheads in the arsenal,. We cannot extend the operational life of nuclear warheads forever.

Since the end of World War II, nuclear weapons have fulfilled their primary mission of deterring large-scale attacks on the United States and our allies. That success is attributable to the fact that they pose a credible threat to potential adversaries. To maintain credibility, however, the entire nuclear defense enterprise—from warheads to launchers to command and control infrastructure—must be properly maintained, modernized and exercised. The investment of less than 7 percent of the Department of Defense’s budget to modernize the nuclear enterprise and ensure the U.S. has a credible and capable nuclear deterrent for the next 50 to 60 years is well justified.

Rep. Smith told the Ploughshare audience that “the rationale for the triad, I don’t think, exists anymore.” In reality, the diverse set of targets presented by the triad structure of air-, ground-, and sea-based launchers provides increased survivability against pre-emptive strikes, thereby increasing the deterrent effect of the entire nuclear force. If an adversary cannot ensure that it can destroy the entire U.S. nuclear force, it will be much less likely to initiate a nuclear attack. Conversely, if the U.S. were to eliminate one or more of the legs of the triad, it would increase the risk to the remaining legs, since an adversary could focus its conventional and nuclear forces on a smaller and less diverse U.S. nuclear force.

After the Cold War, the U.S. reduced its nuclear arsenal based on geopolitical assumptions that have proved wrong.  Instead of easing, nuclear threats to the U.S. have grown significantly worse.  Since signing the New Strategic Arms Treaty, Russia has extensively modernized and diversified its nuclear forces and become more belligerent to its European neighbors. China, too, is modernizing and expanding its nuclear arsenal and has resisted U.S. efforts to join any arms control agreements. For its part, North Korea has not committed to stopping its nuclear weapons and ballistic missile programs.

Rep. Smith also said that he wants to stop development of a new low-yield nuclear warhead for the Trident II D-5 submarine-launched ballistic missile. That program was funded in the fiscal 2019 defense authorization and appropriations bills. But Smith believes, “It makes no sense for us to build low-yield nuclear weapons.  There is no advantage to that and it is dangerously escalating. It just starts a new arms race.”

A submarine-launched, low-yield, nuclear ballistic missile would provide a prompt and survivable global response to a low-yield attack. In addition to diversifying our low-yield delivery platforms, the submarine’s stealth makes it a much harder target to find.  Additionally, an adversary must assume that all deployed U.S. ballistic missile submarines have this capability, removing any perceived gap in U.S. nuclear deterrence capabilities and greatly increasing the deterrent effect on any pre-emptive strike.

Rep. Smith argues that America cannot afford to modernize and diversify its nuclear arsenal. In reality, we cannot afford to let these capabilities wither and die. The future remains dangerous and uncertain, with a growing number of nuclear nations and those aspiring to develop nuclear weapons.

We cannot take the deterrent effect of our current nuclear enterprise for granted.  Other nations continue to modernize and expand their nuclear forces. If U.S. nuclear forces are not properly maintained and modernized, they will lose their ability to effectively deter potential adversaries. This, in turn, would lower the threshold for the use of nuclear weapons, especially low-yield nuclear warheads.

Thomas Callender is a senior research fellow specializing in naval warfare and advanced technologies for the Heritage Foundation.