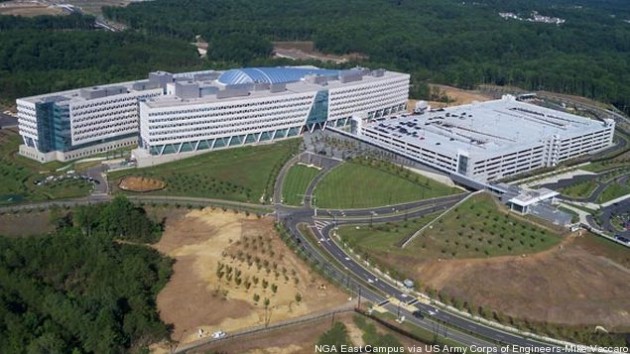 WASHINGTON: It’s not a lot of money in the Pentagon’s scheme of things, but the Defense Department’s Inspector General has found that the National Geospatial Intelligence Agency (NGA) wasted millions because it did not close a rented building and made improvements to a building when it was supposed to leave the facility.

“Bottom line: NGA acted in good faith to comply with the provisions of the BRAC. The majority of the multi-year effort to relocate 8,500 personnel from 14 separate buildings was completed by the deadline,” Phillips said in an email late Friday night.

The IG’s report, Phillips went on, “does not include a number of mitigating and clarifying facts, and as a result, draws an overall conclusion that is not correct. Further, it does not acknowledge that some actions NGA took in the BRAC process saved millions of dollars — for example, one of the temporary moves the report considers non-compliant saved taxpayers $27 million, and the function was ultimately moved by the BRAC deadline.”

All this revolves around NGA’s move from its Cold War suburban Maryland home to Fort Belvoir ordered by the Base Realignment and Closure (BRAC) commission in 2005. The agency was supposed to leave five sites in the Washington area and put all its folks at Fort Belvoir in Virginia. They did not.

Nailing down exactly how much money the Inspector General thinks NGA “wasted” from the report’s pages is difficult, but in the accompanying memo, the IG says:

Here’s the breakdown of the “wasted” money. The IG report says “NGA made $8.9 million in design and construction changes to” a site in Reston, Va. it was supposed to vacate “and wasted $1.7 million in DoD funds restoring the “Integrated Test Facility” site to its original condition.” The location was used for testing and was largely occupied by contractors.

On top of wasting that money, NGA was judged by the IG to be not responsive to the report’s recommendation that NGA Director Letitia Long negotiate with the contractors at the offending site. Long said NGA does not have the authority to close the site. We emailed several sources at NGA for comment and did not get any responses on a mid-August Friday afternoon. We heard from Christine Phillips Friday at 10:49 p.m.