Posted by Rebecca Hersman on February 8, 2018 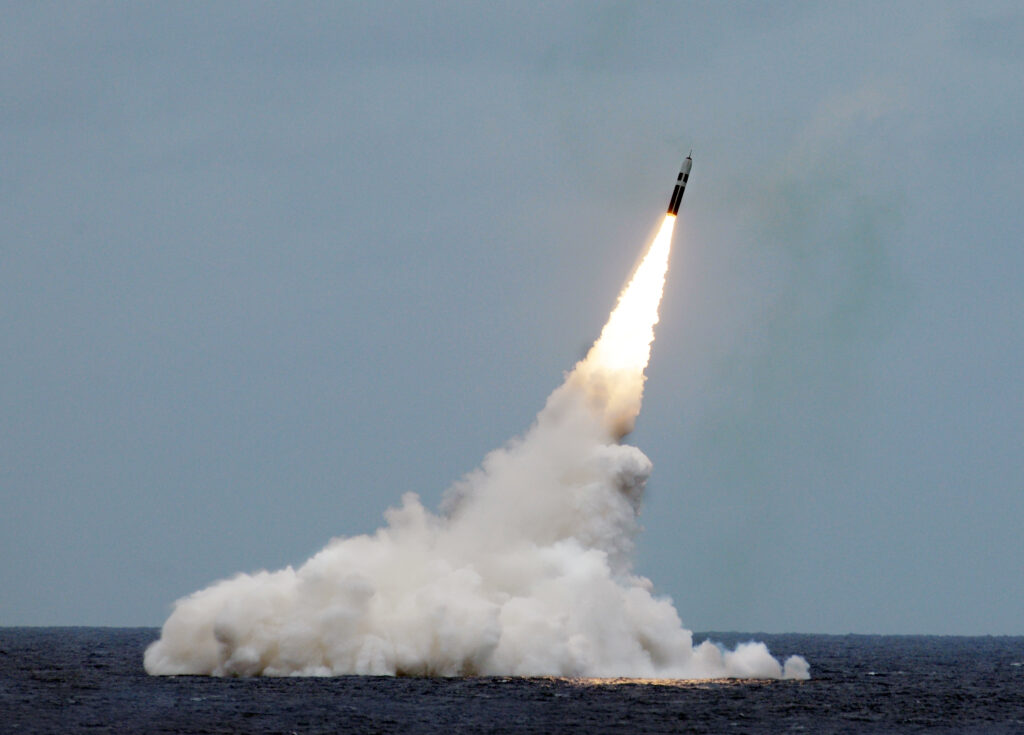 The Trump Administration’s review of nuclear policy and weapons was leaked half a month before its official rollout, giving advocacy groups, allies and everyone else who cares about nuclear warfare much time to craft their reactions. (Everyone should care about the issues, no matter how scary this topic is).

Rebecca Hersman, deputy assistant Defense secretary for countering weapons of mass destruction during the Obama administration and now ensconced at the Center for Strategic and International Studies, delves into what the administration got right and what they need to tweak. Read on! The Editor.

Judging by reactions to the Trump Administration’s rollout of the Nuclear Posture Review (NPR), there is something in it for everyone. That means almost no one is happy.

Paradoxically, initial reactions suggest the review opens the door to nuclear “war fighting,” or closes it; raises the nuclear threshold, yet lowers it; continues some Obama administration policies and programs, or departs from them dramatically; goes too far in portraying a confrontational approach to Russia and China, yet does not go far enough. It’s fundamentally different from the Obama administration’s nuclear policy, but it is also largely the same.

So, what is the bottom line? If the 2010 Nuclear Posture Review reflected a slightly left-of-center compromise perspective, which probably fell to the right of President Obama’s preferences and those of many Democratic congressional leaders, the 2018 NPR is a slightly right-of-center policy that falls to the left of statements from President Trump and his allies on Capitol Hill. The document largely falls within the nuclear policy mainstream; contains considerable continuity with its predecessor in policy and program specifics; has some notable differences in tone, content, and context; and includes political compromises in hopes of preserving consensus around an expensive and long-term modernization program. 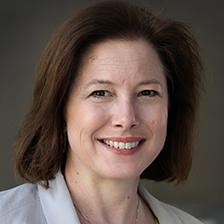 So, what is the same? The 2018 NPR fully supports the retention and modernization of the current triad of delivery systems; emphasizes the importance of a modernized and strengthened nuclear command, control, and communications system; and reiterates the need to invest in U.S. nuclear weapons infrastructure, primarily in the national laboratories. This is largely the same modernization program proposed and supported by the Obama administration. Defense Secretary Jim Mattis is the third successive secretary to stress modernization of the nuclear enterprise as a top defense priority—a view reflected not only by the NPR but also in the National Defense Strategy. Nuclear modernization will be expensive. That is not new. As long as it remains a priority, it should be affordable. That is not new either.

Unsurprisingly, this NPR rejects both “sole purpose” (nuclear weapons shall be used to deter only nuclearattacks) and “no first use” (nuclear weapons will only be used if another state uses nuclear weapons first) policies. But, the 2010 NPR did likewise, and a “re-review” of nuclear policy late in President Obama’s second term similarly rejected doctrine and declaratory policies based on these approaches.

Encouragingly, this NPR steers clear of several other controversial and potentially divisive outcomes. The document supports full U.S. compliance with treaty obligations, including adherence to the New Strategic Arms Reduction Treaty (START) and the Intermediate-Range Nuclear Forces (INF) Treaty. There is no recommendation for renewed testing or overall stockpile expansion. Importantly, the policy also retains negative security assurances that make clear that the United States will not use or threaten to use nuclear weapons against nonnuclear states that are party to the Non-proliferation Treaty (NPT) and in compliance with nuclear nonproliferation obligations. In addition, this NPR reiterates continued support for the nuclear testing moratorium, even as it opposes ratification of the Comprehensive Nuclear Test Ban Treaty (CTBT)—still a political nonstarter anyway.

Of course, this NPR does stir up controversy with a few significant changes. First, the proposed introduction of additional sea-launched capabilities seeks to provide lower-yield and shorter-range options. In the near term, this includes modification of a limited number of Submarine-Launched Ballistic Missile (SLBM) warheads to provide lower-yield options. Longer term, the reintroduction of a nuclear-armed sea-launched cruise missile serves as a replacement for the nuclear Tomahawk land-attack missile (TLAM-N) capability retired after the 2010 NPR.

Critics of this proposal stress this could lower the nuclear threshold with more “usable” nuclear weapons, but proponents intend the opposite: to convince potential adversaries there is no “low-yield gap” they can exploit in their favor that falls below an effective and appropriate retaliatory response from the United States. In part, the proposal is also seen as a counter to Russian violations of the INF Treaty. This treaty-compliant approach is preferable to some congressional initiatives pressing for investments in new ground-based cruise missile capabilities that, if developed and fielded, would violate U.S. INF Treaty obligations.

Even so, it’s not clear why this need cannot be fully met through existing lower-yield options within our nuclear force—namely the penetrating bomber, the Air-Launched Cruise Missile, and our dual-capable aircraft. Yet given the political and budgetary risks this controversy introduces to the overall program of record, the administration will need to do more to make its case. A stronger reassurance that any new warheads developed for the new sea-launched capabilities can be safe, secure, and effective without breaking the test moratorium would also be helpful. This will be an uphill fight with Congress. The administration might need explicit authorization and appropriation to develop warheads with less than a five-kiloton yield. Without these, this proposal may not go anywhere.

Three other areas will need additional clarification and explanation.

First, far greater clarity in the overall warhead plan is required. The review contains a lot of talk about maintaining certain warheads in the inventory longer, accelerating life extension programs for others, leaving open decisions about common warhead options for sea- and ground-based missile systems, and adding additional warhead requirements for the new sea-launched capability. This will place a huge burden on a nuclear weapons enterprise already operating at capacity—not to mention the associated costs. Spelling out the plan in detail is essential to secure support for such an ambitious work program.

Second, the NPR references the role of U.S. nuclear weapons in deterring nonnuclear attacks at least 30 times, making it one of the report’s most heavily emphasized themes. Yet, the specifics of this are not very clear, especially in scale and scope. This opens questions about whether the United States would consider using these weapons more readily than it might have in the past or in response to attacks that are less than fully catastrophic. The United States has never had a sole-purpose doctrine for its nuclear arsenal. But the role and purpose of the U.S. nuclear deterrent has been reserved for addressing only the most catastrophic threats. While it’s possible to interpret the language as differing little from prior policies, the relentless hammering of the issue suggests potentially counterproductive overkill.

Third, it is unclear how the administration plans not only to adhere to the NPT regime but also lead it. Paying lip service to nonproliferation and nuclear security and then putting them aside to focus on deterrence is not enough. U.S. leadership in nonproliferation and arms control is critically important to mitigating a range of nuclear dangers, including nuclear terrorism, assuaging growing concerns of nonnuclear states that the United States is stoking—rather than reducing—nuclear dangers, and supporting our allies and deterrence partners who must balance a range of political and policy views on nuclear weapons and their security value. The administration needs to explain how it will model responsible nuclear stewardship and inspire it in others, or our nuclear posture will fail to enhance U.S. global standing.

The most important difference, however, between this review and the last has nothing to do with the policies and programs expressed in the documents themselves. The difference is contextual, particularly in terms of the tone and emphasis from the two presidents.

That context has changed.

The 2018 NPR admittedly comes at a time of global tension and conflict—problematic relations with Russia, emerging strategic challenges from China, and growing nuclear and missile threats from North Korea. This shift in the international security environment since 2010 serves as the driving context for the new NPR but so too do the words of the president. President Trump has spoken of needing to expand the U.S. nuclear arsenal and appears to place increasing emphasis on nuclear weapons as an instrument of national power. The president’s very heated rhetoric surrounding the nuclear crisis with North Korea bears little resemblance to the more measured declaratory policies expressed in the formal documents. It is the president who commands nuclear forces and bears the sole burden of authorizing their use should deterrence fail, and as such his words matter most in communicating U.S. policy. The 2018 NPR arrives in this context, raising questions about how the policies will be interpreted—by allies and adversaries alike. Ultimately, time will tell the answers.

Commentary is produced by the Center for Strategic and International Studies (CSIS), a private, tax-exempt institution focusing on international public policy issues. Its research is nonpartisan and nonproprietary. CSIS does not take specific policy positions. Accordingly, all views, positions, and conclusions expressed in this publication should be understood to be solely those of the author(s).

© 2018 by the Center for Strategic and International Studies. All rights reserved.